A popular assay in my lab is the reconstitution of so-called CBM (CARD/BCL10/MALT1) complexes for triggering MALT1 protease activity in recipient cells. For several years, we had focused on CARD11, the most studied and prototypical CARD-CC protein expressed in lymphocytes. When turning our attention to other CARD-CC proteins, our assay came up with a surprise telling us that something was happening with CARD10: It clearly appeared as a MALT1 substrate!

Hunting for the cleavage site was not straightforward because CARD10 contains numerous arginine residues — MALT1 cleaves selectively after an arginine (P1 site) — and because the P2 site turned out to be an alanine, never described before in MALT1 protein substrates. Finally, we identified arginine 587 as the MALT1 cleavage site in human CARD10. Strikingly, this arginine is located in the linker domain, implying that upon cleavage, CARD10 would lose its membrane-anchoring MAGUK domain.

It took further efforts to demonstrate that CARD10 is a bona fide endogenous MALT1 substrate. In fact, we found that CARD10 is constitutively cleaved in A549 human lung carcinoma cells. As CARD10 is known to be overexpressed in solid tumors, we wondered if its cleavage might be a mechanism for controlling tumorigenicity.  We generated a non-cleavable mutant version of CARD10 in A549 cells and performed a xenograft model in nude mice. The data clearly indicated that preventing CARD10 cleavage at arginine 587 accelerates tumor growth.

Together, our data describe CARD10 as the first non-hematopoietic MALT1 substrate identified. They show its constitutive cleavage, which can be increased via protein-kinase C dependent signaling, and they suggest that CARD10 cleavage dampens NF-κB activation at the membrane. However, several points remain unanswered, such as the mechanism for regulation of IL-6 and extracellular matrix components, which are impacted by CARD10 cleavage.

We hope our work will stimulate the generation of better CARD10 antibody tools and that it may inspire follow up studies to better understand the contribution of CARD10 to tumorigenesis. In particular, the release of a cleaved and functional CARD10 fragment upon cleavage by MALT1 — devoid of MAGUK domain and thereby resembling CARD9 or the short CARD14 isoform —  supports further exploration of potential alternative CARD-CC signaling mechanisms. 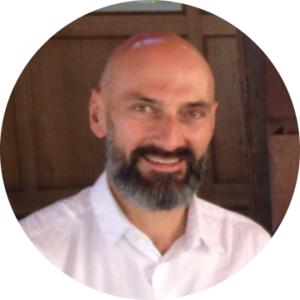