The centromeric histone variant CENP-A is overexpressed in many cancers but how does this overexpression actually affect the cells? Here we share some of the stories behind our recent publication where we explore how CENP-A overexpression and the tumour suppressor p53 interplay to impact cell fate.

This is what I like to call the “Cosmic Clash of Chromosomes”! While it may look like something you’d expect to see in the sky with a telescope (or maybe some strange jellyfish in the dark depths of the ocean), what you’re really seeing is human cells under a microscope, zoomed in 1000-fold. Specifically, these are commonly used breast epithelial cells that we altered to induce the overexpression of an integral protein for chromosome segregation called CENP-A. The DNA (stained with DAPI) is shown in grey and CENP-A is coloured in a pretty (and illuminating) gradient from purply-blue at its weakest to bright yellow at its strongest. CENP-A is a variant form of a histone H3 protein that incorporates into chromatin specifically at centromeres (under normal conditions). There, it acts as the foundation for kinetochore attachment during mitosis, helping to ensure that each chromosome is properly segregated to one of the two daughter cells during division (reviewed in1–4). In the left image, you can see a cell dividing, with the condensed chromosomes looking like jellyfish tentacles, and bright dots of CENP-A on the top of the jellyfish, properly marking where centromeres are located on each chromosome. But on the right, we induced CENP-A overexpression. There we see a major increase of CENP-A at the centromeres and it also mis-incorporates broadly across the chromosome arms.

Why did we overexpress CENP-A? Besides seeing the beauty of cells undergoing mitosis, we wanted to increase CENP-A in these cells to mimic what happens in certain types of cancers. Indeed, CENP-A is aberrantly overexpressed in a wide range of cancers (relative to normal tissues)5,6, and, strikingly, these tumours with higher CENP-A levels tend to be more aggressive (e.g., higher grade, more invasive, earlier relapse)5–13 than tumours with less CENP-A. Curiously, previous reports indicated a correlation between high CENP-A levels and improved therapeutic response6,13, while others have reported the opposite7. Thus, we questioned the link between CENP-A, tumour aggressiveness and therapeutic response. Does CENP-A overexpression in a given cell give it a competitive advantage in cancer evolution? How could high CENP-A promote sensitivity to cancer therapies in some cohorts and resistance in others? To try to answer these questions, we established a system where we could change, at will, CENP-A expression in a tuneable fashion—so that’s what you see in the images above.

Our initial goal was to test how induced CENP-A overexpression impacts cell survival when treated with X-irradiation. But as we progressed, it developed into a story about the impact of CENP-A overexpression on cancer evolution in a cell population. We thus examined cell fate, assessing how the cells grow and divide and also how they can change their identity.

We started by setting up this system and inducing CENP-A overexpression in several different cell lines to see how it affected their survival after radiation treatment. We were surprised to see that some cell lines were strongly sensitized to irradiation by CENP-A overexpression while others showed essentially no effect. Clearly, the genetic background was a major player in how CENP-A overexpression influences the cell. But trying to figure out the key differences between the various cell lines was not necessarily a piece of cake! Luckily, we had one prime suspect in mind thanks to previous work in the lab14. This study pointed to the important interplay between CENP-A expression, its dedicated histone chaperone HJURP, and the famous tumour suppressor p53 in cancer development. And, sure enough, the cell lines that were sensitized by CENP-A overexpression had a functional p53, while those not showing sensitivity were p53-defective! This led us to try and see if a change in p53 status might be able to explain this striking difference in phenotype. One of the ways we tested it was by adding in a dominant-negative p53 peptide to make our p53-WT cells p53-defective… and it strongly counteracted the radiosensitivity phenotype! This supported our hypothesis that our p53 suspect could actually be a major player in the CENP-A-driven radiosensitivity.

But we weren’t quite ready to stop there. We wanted to figure out what CENP-A overexpression was doing in p53-WT cells that could explain the drop in cell survival. So, we turned first to bulk mRNA-sequencing to measure changes in gene expression across the genome. What we found was a cacophony of changes that went along with CENP-A overexpression, with significant effects on more than 8000 genes! Here, a careful data analysis and dedicated bioinformatic pipeline had to be developed to focus in on the specific differences associated with switching p53-WT to p53-defective. Thanks to this, we uncovered a single subset of genes that were likely to contain the key players involved in the radiosensitivity phenotype. These genes, all downregulated together with CENP-A overexpression but upregulated with defective-p53, corresponded to mostly cell cycle and DNA repair pathways. We thus reasoned that it would be cell cycle, DNA repair or both pathways behind the radiosensitivity phenotype. This can be tricky to distinguish in RNA-seq data because many of the genes involved in cell cycle are also involved in DNA repair. So, we went back to our favourite cell biology assays to sort out the issues. When we looked at yH2AX levels and comet assays, we found no consistent difference in DNA damage or repair associated with CENP-A overexpression. We thus eliminated downregulation of DNA repair as a cause of the increased radiosensitivity. We did see, however, an increase in chromosomal instability, similar to previous findings15. And, when we checked cell cycle by proliferation and FACS assays, we saw clear evidence of cell cycle arrest. Taking together the findings from both the RNA-seq and the cellular assays, we concluded that CENP-A overexpression leads to p53-dependent radiosensitivity mainly by impairing cell cycle progression.

Our next step was to explore the impact of CENP-A overexpression—and its interplay with p53—at the single-cell level, over time, as the population evolves. Essentially, we had the capacity to take snapshots of evolution in a dish, in response to this one stimulus, CENP-A overexpression. We were working with cells all derived from the same clone, so the only difference between conditions, other than CENP-A levels, was the presence or absence of the p53-DN peptide. With this near identical starting point, we induced CENP-A overexpression and passed the cells for weeks and weeks, always refreshing the Doxycycline (the drug we use to induce CENP-A overexpression) to maintain them in their steady overexpressing state for over 60 generations. Finally, we did single-cell RNA-seq. This allowed us to look at the differences in expression profiles across thousands of individual cells for each condition. We could see how they had diverged over time and assess the impact of CENP-A overexpression and change of p53 status on their cell state and identity. One of the most remarkable things we saw was the emergence of a small but distinct population of mesenchymal-like cells in the condition with both chronic CENP-A overexpression and defective p53. When epithelial cells change to mesenchymal cells, they lose their strong cell-to-cell contacts and increase mobility, important for cell migration during development but just as important for tumour cell invasion and metastasis! It was well established that functional p53 can help to prevent this transition16–21 but the idea that CENP-A overexpression might promote this change was something we had not even thought to look for. Seeing this emergent population in the single-cell data prompted us to go back and look at our cells under a new light (or, more precisely, under an epifluorescence microscope) to see if we could detect epithelial-mesenchymal transition by eye (E-cadherin as a marker for epithelial cells; Vimentin as a marker for mesenchymal). And it was like they should have been staring us in the face the whole time! A major population of mesenchymal-like cells was emerging in the p53-DN cells after just a few weeks of CENP-A overexpression—looking distinctly sinister with their horned vimentin halos! You can see what I mean below!

Altogether, our study provided exciting and unexpected findings about how high CENP-A and p53 status interplay to cause distinct effects on cell survival and identity. On the one hand, CENP-A overexpression promotes radiosensitivity when p53 is functional through a downregulation of cell cycle genes. While on the other hand, if we inactivate p53, not only does CENP-A overexpression no longer promote radiosensitivity, but it actually pushes the cells to undergo epithelial-mesenchymal transition. Therefore, differences in p53 status could explain some of the big questions about CENP-A overexpression in cancer, like its association with both increased therapeutic sensitivity and increased tumour invasiveness! Those are some pretty big effects from expressing a bit too much of this little centromere protein… 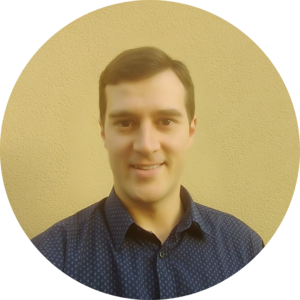