Clonal architecture in Mesothelioma is prognostic and shapes the tumour microenvironment

Asbestos causes mesothelioma by mechanisms that have to date, remained elusive. This post reflects on a new research platform, MEDUSA, that has shed light on how mesotheliomas evolve. Our initial results yield valuable insights into how we might find better ways to treat this cancer. 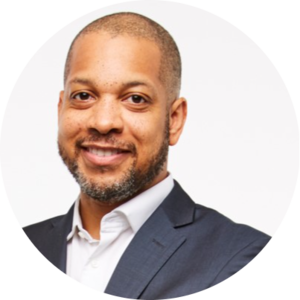 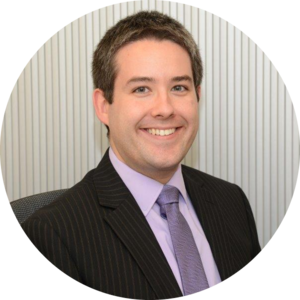 Mesothelioma has many unique features compared to other cancers. It is caused by a naturally occurring mineral, that is still mined despite being banned in 67 countries. It typically grows to enormous dimensions, yet rarely metastasizes. It can be either extraordinarily indolent or highly aggressive, and remains incurable at any stage with no second treatment options yet licenced worldwide2.

The origins of our research platform MEDUSA (Mesothelioma Evolution: Deciphering drUgable Somatic Alterations)1 go back to around 2013 when the study of solid tumour evolution, a relatively nascent field, had been spearheaded by a seminal publication in renal cancer led by my collaborator Charlie Swanton. Following some phone calls, I had the distinct privilege of collaborating the lung cancer TraceRx programme3. At the same time, it was clear, given the extent to which a high volume of surgical resections were taking place in our centre, that there was an opportunity to harness the potential of cancer phylogenetics to address some of these fundamental research questions. Engagement with our surgeons (Apostolos Nakas, David Waller and Annabel Sharkey), seed funding awards and ethical approval allowed the consent of the first patients, who were scheduled to undergo routine treatment. Radical surgery involving extended pleurectomy decortication involves complete macroscopic resection, yielding significant volumes of MPM tumour tissue that could be harvested from multiple regions, to facilitate the study of mesothelioma’s clonal architecture.

Given the unusual dimensions of mesothelioma, we were able to sample each cancer stereotypically in the same anatomical location across the growing cohort that now includes 173 patients. International collaboration initially catalysed by an MRC industry academia exchange grant held by joint first author Jin-Li Luo, with additional peer reviewed funding from the British Lung Foundation and Mesothelioma Research UK underpinned the analysis published in the current paper, involving a subset of the MEDUSA cohort.

The first was that patients with a genomically unstable cluster (termed C5) exhibited much faster growing tumours and shorter survival. Second, that C5 exhibited a relatively higher CD8 positive T cell infiltration, associated with evidence of immune escape (HLA loss of heterozygosity), consistent with ongoing immuno-surveillence. Thirdly, we found that inactivation of NF2 (by mutation or 22q loss), occurred as a secondary clonal event in the majority (4/5) of the evolutionary clusters. This was a consistent temporal ordering, which suggested that NF2/-22q might be on a deterministic evolutionary path in mesothelioma. This possibility was dramatically illustrated in a patient who had a highly indolent tumour, remaining in remission post-surgery for around a decade. Genotyping of the tumour before surgery and at recurrence, revealed subclonal -22q, with evidence of drug resistance and an invasive phenotype.

These results have implications for therapy. Despite the relatively low tumour mutation burden in mesothelioma, some patients do exhibit dramatic responses to immune checkpoint inhibition, which has recently revolutionized the treatment of mesothelioma. The reason for this is unknown. One possibility is that some tumours are primed to respond due to a constitutive abundance of tumour infiltrating cytolytic T cells (so called "hot" tumours). As such, and association with specific evolutionary trajectories may yield some predictive value via genotyping. Secondly, as NF2 inactivation disrupts the hippo tumour suppressor pathway, this leads to nuclear translocation of YAP and oncogenic TEAD-dependent transcription. Efforts to disrupt this pathway, could include direct inhibition of TEAD transcription or exploitation of newly identified vulnerability to ferroptosis5,6. This may present important new ways to target this cancer and improve survival outcomes.