Gastric cancer is the fourth leading cause of cancer-related death in the world and the seventh ranking in Taiwan. However, the molecular mechanisms of tumor progression in gastric cancer are still unknown. Lauren’s histological typing of gastric cancer has two types: intestinal type and diffuse type. The intestine type has a more complete gland, so it has a clearer tumor border, and diffuse type is usually a single cell or small group of cells stacked together, the edge is less clear. Therefore, the diffuse type is more malignant than another. The TNM staging system is the most common tool routinely used for predicting prognosis in the clinical setting. Currently, gastric cancer doesn’t have effective and specific drug therapy, so surgery is the major cure approach for this disease. In Taiwan, when the patient is diagnosed with gastric cancer usually accompanied by lymphatic invasion and metastasis, lead surgery has been unable to effectively treat. Therefore, exploring the molecular mechanism of gastric cancer progression and finding new targets for therapy are significantly important.

In the past, pseudogenes have been known as “junk” DNA or “genomic fossils”. Pseudogenes are similar fragment with parental gene, but it has some nonsense mutation or frame-shift mutation that leads it can't transcription or translation. In the name of the pseudogene often added "Ψ" in front of the gene name or "P" in behind of the gene abbreviation. In recent years, there are more pseudogenes have been discovered and predicted the biological function, with the continuous advancement of biotechnology and bioinformatics. Pseudogenes are no longer considered meaningless evolutionary products, which play a vital role in several cellular physiological functions, including inflammation and cancer.

Cytidine monophospho-N-acetylneuraminic acid hydroxylase pseudogene (CMAHP) was inactivation from CMAH, which occur 92 bp exon deletion by an Alu-mediated replacement of the genome two to three million years ago. This deletion causes a frameshift mutation and premature termination of the polypeptide chain in humans. In the meantime, humans have also lost the physiological function of converting N-acetylneuraminic acid (Neu5Ac) into N-glycolylneuraminic acid (Neu5Gc). Interestingly, high expression of CMAHP and accumulation of Neu5Gc can be found in stem cells and cancer cells. Thus, there will be several problems: (1) Why is CMAHP considered to be nonfunctional would be transcriptionally regulated in cancer cells? (2) Why Neu5Gc still exist in cancer cells? (3) What are the biological functions of CMAHP and Neu5Gc in cancer cells?

In our recent study, we found that CMAHP is the high expression in gastric cancer, which is associated with poor overall survival. Gene Set Enrichment Analysis (GSEA) and MetaCore analysis revealed that CMAHP-correlated genes are significantly involved in epithelial-mesenchymal transition (EMT) and angiogenesis. Functional studies further confirmed that CMAHP mediates cancer cell migration, invasion, metastasis, and angiogenesis in vitro and in vivo. In molecular mechanism, we demonstrate that CMAHP reduces ubiquitination of Snail through overexpressing NF-κB signaling that promotes cancer cell metastatic dissemination. On the other hand, CMAHP increases GM-CSF transactivation via promoting direct binding of c-Jun to the -1981/-1975 region of the GM-CSF promoter and induces angiogenesis by GM-CSF stimulation. Importantly, we found that CMAHP interacts with Histone H1.4 by RNA pull-down assay and LC-MS. The linker histone H1.4 binds to the nucleosome and promotes chromatin condensation. Thus, the gene transcriptional activation was repressed by limiting the recruitment of transcriptional activators and preventing the access of histone modulators. Experiments from this study showed CMAHP interacts with histone H1.4 leads to chromatin decondensation and promotes histone acetylation (e.g. histone H3ac, H3K9ac, H3K14ac, and H3K18ac) that increase RelA (p65) and c-Jun transcriptional activation. Taken together, CMAHP contributes to tumor progression and modulates metastasis and angiogenesis in gastric cancer.

Besides, we found that CMAHP enhances Neu5Gc uptake into gastric cancer cells and cell surface expression of Neu5Gc. In addition, exogenous Neu5Gc promotes the CMAHP RNA level in gastric cancer cells. The phenomenon is like an infinite loop. This means that cancer cells may grow stronger in the presence of Neu5Gc. In some studies indicated that humans may absorb Neu5Gc through red meat. Uptake of Neu5Gc is may lead to chronic inflammation, also promote tumor development. Neu5Gc is one of the sialic acids. In recent years, many studies showed that sialic acid contributes to cancer development, including immunosuppressive, immune escape, metastatic dissemination, etc.

CMAHP and Neu5Gc still have many directions worth studying in cancer. We look forward to a more in-depth study of these directions in the future. 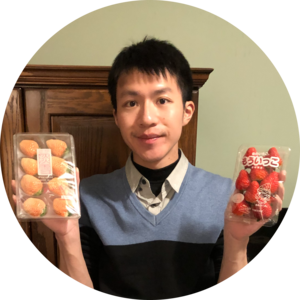