Massive parallel sequencing is contributing to reveal the complexity of genetic underpinning of myeloid neoplasms, adding a plethora of genes harboring somatic mutations to few recurrent cytogenetic abnormalities. The resulting complex molecular architecture reflects a broad clinical heterogeneity covered by several subcategories within the current WHO 2016 classification of myeloid neoplasm. Remarkably, the most recurrent mutations are shared across different categories. Among these, somatic mutations in SRSF2 (a gene encoding for a critical component of the spliceosome) offer a paradigmatic example. SRSF2 mutations are heterozygous, almost always affect the proline 95 residue and are described in myelodysplastic syndromes (MDS), acute myeloid leukemia (AML), myeloproliferative neoplasm (MPN), MDS/MPN and blastic plasmacytoid dendritic cell neoplasm.

Given this context, we hypothesized that interactions between co-occurring mutations – rather than single mutation per se – contribute to explain heterogeneity of myeloid neoplasms. Within an international multicenter prospective study, we explored the synergic effect of mutations co-occurring with SRSF2P95 and identified a restricted number of combinations that shape morphological features and clinical course across WHO classification boundaries (Figure 1). For instance, co-occurrency of SRSF2P95 mutation with STAG2, RUNX1, IDH1 or IDH2 mutation identified a high-risk subset of myeloid neoplasm characterized by poor prognosis irrespective of bone marrow blast count.

Co-occurrence of SRSF2P95 with TET2 bi-allelic mutation was invariably characterized by monocytosis in all WHO subcategories. Additionally, a direct correlation between the SRSF2-TET2 co-mutated clone size and absolute monocyte count in peripheral blood was found. These results suggest that the clinical expressivity of TET2-SRSF2 co-mutated clone depends on its clone size and overt MDS/MPN phenotype is achieved when the co-mutated clone prevails on the others.

RAS-pathway mutations were also found to predict leukocytosis and poor prognosis when co-occurring with SRSF2P95 mutation, irrespective of WHO subcategory.

Similarly, co-occurrence of SRSF2P95 mutation with typical type-I MPN driver (JAK2, MPL or CALR) was consistently associated to increased bone marrow fibrosis. However, an overt fibrotic phenotype (i.e. primary myelofibrosis) was consistently achieved when type-I MPN driver was found to precede SRSF2P95-mutation, provided additional evidence that mutation acquisition order impacts on clinical presentation. We also explored the rare condition of triple-negative MPN and found that survival was as poor as MDS, further reinforcing previous evidences that triple-negative MPN is a condition closer to MDS with fibrosis rather than typical MPN. 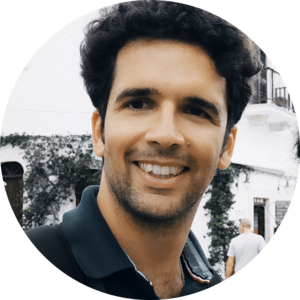