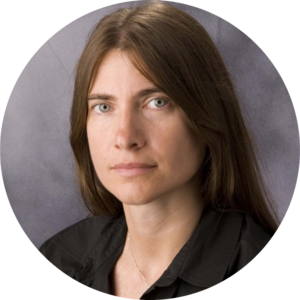 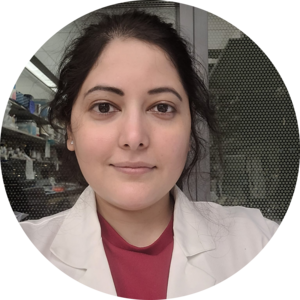 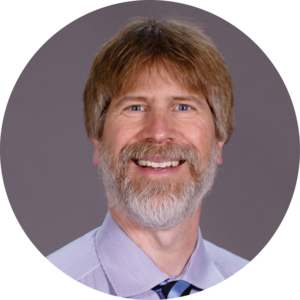 Traditional drug discovery efforts have focused on generating small molecules that bind a protein of interest. In this scenario, the effect of the small molecule drug should theoretically stop the target’s activity in its tracks, effectively curtailing its biological function which causes the disease. This premise is, of course, far too simplistic. The majority of human diseases do not depend on a single protein. Moreover, biological processes are plastic and adaptable. Perturbing one protein often results in compensatory effects. This is especially true in cancer. Tumour cells are well equipped to evade stressful insults, including small molecule drugs, by rapidly reshaping their protein networks (i.e., interactomes), a phenomenon known as cellular plasticity. This is a major obstacle to successfully treating cancer as it enables tumour cells to change in ways that make them resistant to treatment.

Given the importance of cellular plasticity in tumour progression and therapeutic resistance, the idea of targeting protein networks, rather than a given protein or protein-protein interaction (PPI), has recently gained momentum. Unfortunately, it is difficult to modulate protein networks as they don't follow the classical protein-ligand interactions, and therefore, are regarded as "undruggable".

In a paper published in Communications Biology, Joshi and colleagues provide a viable solution to this problem, possibly opening up a new treatment avenue. They discover protein networks are “druggable” when forced into a state where proteins within the network reach a maximal number of possible interactions. They coined the term ‘network hyperconnectivity’ to define this state. Disabling a protein with a small molecule or other drug in the hyperconnectivity state becomes lethal because no new proteins can take over the protein’s function, which means that no compensatory effects are possible, effectively circumventing the dreaded drug resistance problem.

Using pancreatic cancer as a test case for proof-of-concept, Joshi and colleagues show therapeutics with traditionally poor performance become highly efficacious in these tumours once a state of network hyperconnectivity is engineered. Most pancreatic cancer cells have common activating defects in the KRAS gene, leading to uncontrolled tumour cell proliferation and survival. Unfortunately, drugs that target this genetic defect, such as Pimasertib and Trametinib, are not effective in clinic in pancreatic cancer, and have failed as a single agent in this setting. Poor efficacy of these inhibitors in pancreatic cancer is caused by a reciprocal increase or maintenance in alternate signalling activity, such as the AKT/mTOR pathway. Remarkably, these agents became efficacious when cancer cells were forced into a state of network hyperconnectivity, which has important translational possibilities.

How can one control how many and which PPIs are established within a cell? To do so, Joshi and colleagues took advantage of a Chiosis laboratory finding first published in Nature in 2016 and expanded upon two years later in Nature Reviews Cancer, that proteome-wide alterations in protein networks are executed by a restructuring of a fundamental functional protein group – the chaperome, a collection of chaperones, co-chaperones and other factors – into higher-order long-lived assemblies termed epichaperomes. Two Nature Communications papers published in 2018 and 2020 and a Cell Reports article from 2020 provide evidence that epichaperomes act as scaffolding platforms leading to protein-protein interaction alterations in cells exposed to a variety of stressors, including those of genetic, environmental or proteotoxic nature, impacting proteome-wide network functionality and altering phenotypes. Aggregating the results of these studies, one can envision epichaperomes serving as a gateway to altering protein networks. Indeed, Joshi and colleagues showed by using a small molecule epichaperome binder, PU-H71 (Zelavespib), they can control how thousands of proteins in a cell interact, directing them into a state of temporary network hyperconnectivity. Based on the results from PU-H71, it is likely that network hyperconnectivity may also be achieved using other drugs. This sets the stage for the future development and implementation of network hyperconnectivity-inducing agents, which will likely expand both the scope and clinical application of these initial findings.

Importantly, Joshi and colleagues found approximately 60% of all tumours, irrespective of origin or tumour type, are amenable to this approach, providing a target for cancer therapy. Network hyperconnectivity is thus a paradigm shift because it is neither based on, nor beholden to, genetic or epigenetic defects. Rather, this form of hyperconnectivity is dependent upon the capacity of PPI networks. Importantly, network hyperconnectivity in any given tumour is detectable through an imaging scan already tested and credentialled in clinic called PU-PET. Patients could be selected for this new treatment modality if they test positive on the PU-PET scan, offering the possibility of personalized medicine through network hyperconnectivity targeting. This may serve as a transformative approach for the treatment of cancers refractory to standard treatment regimens.

In summary, Joshi and colleagues provide evidence that evasive cancer cells can be beaten at their own evolutionary game, not through a genetic approach, but by blocking their ability to use alternate pathways for signalling and survival. This achievement, with proof-of-principle provided in traditionally drug resistant pancreatic cancer, may now set the stage for future efforts aiming to implement this network hyperconnectivity strategy to other tumour types using drugs already available in the clinical setting.