The story behind ‘The T cell differentiation landscape is shaped by tumor mutations in lung cancer’.

In 2016 Prof Sergio Quezada, Prof Charles Swanton and I set out to decipher the T cell response to non-small cell lung cancer (NSCLC) in the context of the ‘Tracking Cancer Evolution through Therapy’ (TRACERx) study9. For the previous decade I had been fascinated by T cell exhaustion and terminal differentiation; two hypofunctional states induced by chronic or repetitive antigen engagement that occurred in an antigen-load-dependent manner, best characterised in viral infection10,11. More recently, similar trajectories of progressive T cell dysfunction were elegantly shown to be a feature of neoantigen reactive T cells in mouse models of cancer12. I reasoned that T cell differentiation could be leveraged as a readout for ongoing or prior (neo)antigen encounter, and more specifically, that if neoantigens fuelled a program of intra-tumoral T cell differentiation in NSCLC, this would manifest as a TMB-dependent skewing of progenitor to dysfunctional T cell subsets. Identifying T cell populations that were redistributed as a function of TMB would provide valuable insight into the cellular mechanisms of neoantigen driven responses and guide future experiments. The first step in testing this hypothesis was to integrate high dimensional cytometry with paired WES data in surgical resections from untreated NSCLC patients.

The subsequent analyses (powered by a co-ordinated effort with our co-authors), revealed populations of TCF7+ progenitor-like cells in equilibrium with subsets of PD-1hi dysfunctional (Tdys) and terminally differentiated, CD57+ dysfunctional (TDT) CD4 and CD8 T cells in NSCLC. Most importantly, the balance of these populations was shaped by TMB, favouring a high dysfunctional: progenitor T cell ratio in patients with increased numbers of mutations. Further experiments revealed T cell receptor sequence overlap, molecular reprogramming and similarity to MHC-multimer specific neoantigen reactive T cells amongst these cells; collectively indicative of a neoantigen-driven lineage trajectory. In the absence of immunotherapy, this imbalance in T cell homeostasis was associated with poor clinical outcome, suggesting that progenitor to dysfunctional subset conversion accompanies a fatal loss of local immune fitness. Thus, we had highlighted T cell intrinsic cellular and molecular pathways potentially involved in the progressive decay of neoantigen surveillance that occurs in the absence of immunotherapy. Finally, we generated a map of putative 'T to T' receptor ligand interactions that could help to identify previously understudied nodes of communication between T cells in the lung cancer TME.

These findings coalesce with other reports in the field12–15 and throughout the TRACERx collection, most notably those in Joshi et al NMED 201916, which demonstrates a relationship between clonal TCR expansion and TMB, and Rosenthal et al Nature, 20198 that details the extent of neoantigen-directed immune escape in the TRACERx cohort. Taken together, these data elucidate a pervasive axis of neoantigen surveillance in NSCLC that may synchronize tumor evolution and T cell dynamics, revealing key circuits potentially amenable to therapeutic intervention.

Whether re-direction of neoantigen-associated T cell differentiation pathways via antibody mediated immunomodulation or during manufacture of cell therapies will yield therapeutic benefit is yet to be determined. Moreover, it remains unclear how neoantigen type (e.g. single nucleotide variant vs insertion-deletion-derived), the mechanism of antigen presentation (e.g. lymph node vs tumor), or other features of the mutational architecture will sculpt the fate of neoantigen specific T cells. These and other outstanding questions remain the subject of ongoing investigation in the extended TRACERx cohort. 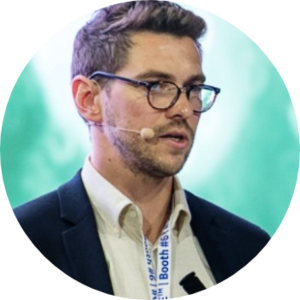 Getting deeper into why mitochondrial metabolism is essential for tumor growth.
Contributor Nature
Behind the paper

Getting deeper into why mitochondrial metabolism is essential for tumor growth.

+1
Lisa Crawford and 1 other
STK11 missense mutations go beyond the tumor suppression loss.
Contributor Comms Biology
Behind the paper

+2
Juan Angel Recio and 2 others
Nature Research Cancer Community
We use cookies to help improve your experience. By continuing to browse our website you are consenting to our use of cookies.
Learn more