CREPT was identified as a tumor promoting gene, as elevated CREPT expression promotes but deletion of CREPT impedes tumorigenesis1,2. Accumulating interests have been focused on the role of CREPT in the regulation of tumor cells3-7. However, how CREPT functions in normal cells remains poorly understood.

In this study, we reported that CREPT is a new regulator for intestinal stem cells (ISCs). Deletion of CREPT in intestinal epithelium by Villin-cre leads to a significant decrease in mouse body weight and body size. The number of Lgr5+ stem cells is substantially decreased in CREPT deleted crypts. The CREPT deleted intestinal epithelium is not able to regenerate after X-Ray irradiation and DSS treatment. The RNA-seq results show that CREPT deletion decreases the expression of genes related to proliferation and differentiation. The staining of irradiated intestines show that CREPT deletion impaired the b-catenin accumulation in the nucleus of crypt cells.

During this study, some interesting questions needs to be solved. CREPT is mostly expressed in crypt cells and CREPT knockout greatly decreased the quantity of Lgr5+ cells, but CREPT deletion driven by Villin-cre leads to a more severe phenotype than the one driven by Lgr5-cre. One possibility is that Lgr5-cre is mosaic in intestinal epithelium, so CREPT is not completely knocked out in all Lgr5+ ISCs. However, we could not exclude the possibility that CREPT deletion during gut development causes more severe consequences in ISCs than deletion in adult mice, since Villin-cre is expressed during embryonic development8. To verify this conjecture, we need to delete CREPT in adult mice by using inducible knockout mouse, Villin-creER for example, and examine the phenotype. Another key question is that what is the role of CREPT in Lgr5 negative ISCs. In the CREPT deletion mice, no Lgr5+ cells existed in a large portion of crypts. The EdU still incorporated in the DNA of all crypt base cells, and all the EdU labelled cells could migrate along the crypt-villi axis even with a slower rate. In addition, the CREPT deletion mice driven by Villin-cre behave normally at homeostasis, although with decreased body weight. These data suggest that Lgr5- stem cells may partially compensate the function of Lgr5+ ISCs in CREPT deletion intestines. Nevertheless, CREPT deficiency in intestines makes the mice more sensitive to irradiation and DSS damage. This opens a question to reveal the role of CREPT in different stem cells during the tissue regeneration.

Swimming in a sea of data 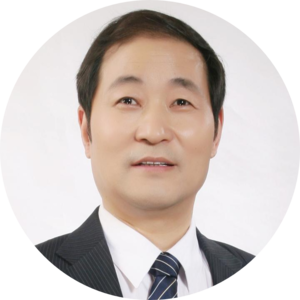