Dendritic cells are a critical source of PD-L1: rethinking the paradigm of checkpoint blockade 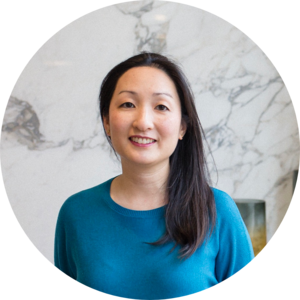 Cancer immunotherapy, which harnesses the immune system to recognize and kill tumors, has reshaped the landscape of cancer care. One of the most successful therapeutic approaches is inhibition of the programmed death-1 (PD-1) pathway by blocking either PD-1 or its ligand programmed death-1 ligand 1 (PD-L1).

Robust CD8+T cell responses are an essential component of successful anti-tumor immunity.  However, in certain environments (such as tumors) T cells become dysfunctional due to persistent antigenic stimulation, and are unable to effectively kill tumor cells. The inhibitory receptor PD-1 is considered to be a hallmark of these exhausted CD8+T cells (Tex)1,2, and the efficacy of therapeutics targeting the PD-1 pathway has long been attributed to restoring functionality to Texthat had been lost in part due to PD-1 signaling3,4.  This paradigm centers the mechanism of anti-PD-1/PD-L1 blockade in the tumor, and indeed although PD-L1 can be expressed by both tumor cells and immune cells, the prevailing view is that blocking PD-L1 expressed by tumor cells drives the efficacy of these treatments.

We were intrigued by several observations indicating a more complex picture than one in which PD-L1 on tumor cells is the primary target of anti-PD-L1 therapies.  Studies in mice had shown that tumoral and non-tumoral (e.g. immune cell) sources of PD-L1 play non-redundant roles in regulating anti-tumor immunity5,6.  Furthermore, in human cancer, PD-L1 can be expressed largely by tumor-infiltrating immune cells, which also serve as a predictor of response to therapy7,8.

We wished to determine whether a specific (non-tumoral) cellular source of PD-L1 might have a dominant effect on the regulation of anti-tumor T cell responses.  Although PD-L1 can be expressed by multiple types of immune cells, we were most interested in the contribution of myeloid cells, which can present antigen to activate T cells.  Notably, myeloid cells (but not tumor cells) can also express B7-1, a ligand for the co-stimulatory CD28 pathway that we had recently found was inhibited by PD-1 signaling9.

Using a variety of genetic tools, we examined how the absence of PD-L1 on specific myeloid cell populations affects tumor control.  Strikingly, we found that a small, highly-specialized population of antigen presenting cells called dendritic cells (DCs) comprise this critical source of PD-L1 despite being dramatically outnumbered by other myeloid cells, namely macrophages, in the tumor.  Mice with DC-specific, but not macrophage-specific, deficiency of PD-L1 controlled tumors as effectively as mice with global deficiency of PD-L1.  Our observations demonstrate that engagement of PD-1 is especially important during interactions between T cells and DCs, and that loss of PD-L1 on DCs is sufficient to drive improved T cell responses even as the majority of tumor-infiltrating macrophages continue to express PD-L1.

Why is the unique role that DCs play in the PD-1/PD-L1 regulatory axis so important to our understanding of anti-PD-1/PD-L1 therapeutics? Given the essential role of DCs in the initial activation of T cells, this strongly suggests that blockade of PD-1/PD-L1 functions at least in part by increasing the priming or early activation of T cell responses, rather than only reinvigorating exhausted T cells.  This interpretation is consistent with a growing body of mouse and human studies demonstrating the expansion of stem-like T cells following inhibition of the PD-1 pathway10-14.  In addition, T cell receptor repertoire analyses in human cancer patients have demonstrated the emergence of novel T cell clones following anti-PD-1 therapy15, as well as a link between the expansion of peripheral T cells and improved responses to anti-PD-1 treatment16.

Our observations do not eliminate a role for PD-1/PD-L1 blockade in reversing T cell exhaustion (although they do suggest, intriguingly, that even in this setting PD-L1 expressed by DCs is essential for keeping exhausted T cells in check).  However, the outsize role of PD-L1 expression on DCs, in combination with other emerging data, require us to consider the possibility that disrupting the PD-1 pathway during the priming or expansion of novel or early memory T cell responses is critical in promoting productive anti-tumor immunity, and has important implications for better understanding existing and developing novel therapeutics.