The treatment of HER2-positive breast cancer has vastly improved in the past two decades. As of January 2021, there are now eight different HER2-targeted therapies that are FDA-approved for the treatment of HER2-positive breast cancer. These therapies employ several different targeting modalities, such as monoclonal antibodies, antibody-drug conjugates, and small molecule tyrosine kinase inhibitors (TKIs). There are three different HER2-targeting TKIs approved for HER2-positive breast cancer: lapatinib, neratinib, and tucatinib. Although these small molecules share similarities in their mechanism of action, there are key differences in their chemical structure, biochemical activity, and side effect profile. Despite the approval of these three TKIs, there has not been a comprehensive in vitro comparison of the TKIs, and HER2 amplification or over-expression remains the only patient selection marker for clinical treatment with the TKIs.

Therefore, the aim of our study was to evaluate lapatinib, neratinib, and tucatinib in a large-scale cell line study. This study was a collaboration between Dublin City University, Netherlands Translational Research Center B.V. (NTRC), and Puma Biotechnology Inc. A 115 cancer cell line panel, Oncolines™, from NTRC was utilized. The anti-proliferative effects of lapatinib, neratinib, and tucatinib were assessed across the cell line panel, which included 22 different HER family altered cell lines. This analysis revealed that neratinib was the most potent HER2-targeted TKI in HER2-positive breast cancer, HER2-mutant cancers, EGFR-mutant cancers, and overall across the cell line panel of multiple lineages. Tucatinib was also shown to have a greater anti-growth effect in HER2-positive breast cancer cell lines than lapatinib.

We then compared the IC50 fingerprints of lapatinib, neratinib, and tucatinib to 168 reference compounds, which included other HER-family targeting agents. This analysis highlighted the specificity of tucatinib for targeting HER2 as it was most similar to the anti-HER2 monoclonal antibody trastuzumab. As expected, neratinib and lapatinib clustered with other EGFR and HER2 small molecule inhibitors.

Genetic mutation and gene expression analysis suggested several in vitro biomarkers of response that warrant further investigation. Other than HER2-amplification, several novel markers of response and resistance were discovered. The expression of four genes (HER2, RAC1, CDK12, and VTCN1) significantly correlated with response to all three TKIs. These genes have previously been implicated in playing a role in resistance to trastuzumab and our study is the first evidence of these genes affecting HER2-targeted TKI response. Additionally, high expression of a number of DNA damage repair genes was associated with HER2-targeted TKI resistance, and inactivating BRCA2 mutations correlated with response to both neratinib and tucatinib.

Overall, this study provides a comprehensive pre-clinical insight into the anti-proliferative efficacy of the three FDA-approved HER2-targeted TKIs across 25 cancer types and revealed potential novel mechanisms of resistance to HER2-targeted TKIs. 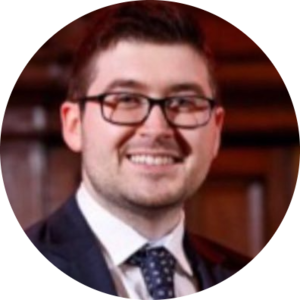