G. Barry Pierce, one of the pioneers in the field of developmental biology and tumorigenesis envisioned the concept that “Neoplasia is a caricature of differentiation”. 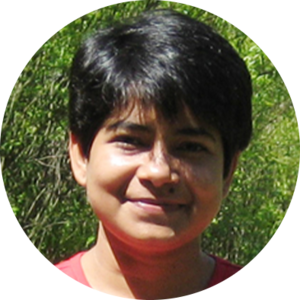 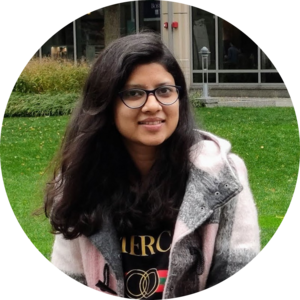 The signaling pathways that govern cell division, death, and differentiation processes during embryonic development also play key role in adult malignancies. Several studies have highlighted the pivotal role of the developmental genes in the pathogenesis of cancer. One such gene family is homeobox-containing family of transcription factors (TFs), which are the master TFs that regulate the expression of genes involved in cellular differentiation and morphogenesis during embryonic development. Nonetheless, deregulation of these genes have been largely emphasized in prostate cancer (PCa) progression1. Majority of PCa patients (~50%) harbour TMPRSS2-ERG gene fusion, which is still challenging to target. Hence the question remains, what are the other molecular subtypes or oncogenic drivers; whether we could harness any of these for therapeutic targeting. Distal less homeobox 1 (DLX1), a member of homeobox family, plays essential role in mandibular jaw development and interneuron differentiation2, while in PCa it is known to be upregulated. However, its exact role in pathobiology of PCa progression was unexplored thus far. Hence, our first logical question was to determine whether higher levels of DLX1 has any oncogenic potential in PCa progression, and second, what is the upstream regulatory mechanism responsible for its elevated levels in the malignancy of an unrelated organ.

To examine DLX1 expression in PCa patients’ specimens, we approached to our collaborators, Dr. Nallasivam Palanisamy at Henry Ford Cancer Institute and Dr. Colm Morrissey at University of Washington, who generously provided us the tissue microarrays (TMAs) containing biospecimens of primary and castrate-resistant metastatic PCa (CRPC) patients, respectively. Dr. Palanisamy and his team performed RNA-in situ hybridization (RNA-ISH) for DLX1 and immunostaining for AR and ERG, which are the established key drivers in PCa progression. It was intriguing to see that about ~60% of the patients with organ confined disease or metastatic CRPC patients showed elevated DLX1 levels, which is even higher than the recurrence of TMPRSS2-ERG gene fusion3. Further, clinical characterization of these patients revealed the association of DLX1 with higher Gleason score indicating its role in PCa advancement.

To investigate the role of DLX1 in PCa tumorigenesis, we used CRISPR/Cas9 approach for the loss-of-function studies, wherein we genetically ablated DLX1 in PCa cell lines and examined its effect on the oncogenic potential. To our surprise, the global gene expression profiling of DLX1-ablated 22RV1 cells revealed its role in regulating major cancer hallmarks. As a homeobox TF, DLX1 regulates a wide range of downstream pathways during embryonic development, and thus we investigated the mechanistic insight into the deregulated biological processes in DLX1-mediated PCa. Interestingly, we discovered that DLX1 mediates the transcriptional regulation of cancer associated genes, namely, ALDH1A1 and HNF1A in PCa. Next, to decipher the role of DLX1 in tumorigenesis and metastases, we performed mice xenograft experiment by subcutaneously implanting control and DLX1-ablated PCa cells. Remarkably, reduced tumor growth and metastases in the mice xenografted with DLX1-ablated PCa cells was noted. Since majority of the advanced PCa patients often develop bone metastases resulting in skeletal fracture and increased mortality, we next examined the role of DLX1 in bone metastases, and performed intratibial medullary injection using control and DLX1-ablated cells in immunodeficient mice. Interestingly, we found increased destruction of bone architecture in the mice tibia belonging to control group, while mice injected with DLX1-ablated cells showed reduced bone loss implicating the role of DLX1 in promoting bone metastases. Collectively, these findings demonstrate the functional significance of DLX1 in PCa where it acts as an oncogene thereby promoting tumor progression and metastases.

Since TMPRSS2–ERG gene rearrangement is considered an early event in ∼50% of PCa cases3, therefore we sought to examine if there exists any correlation between ERG and DLX1 in PCa patients. Notably, ~96% of ERG fusion-positive patients exhibit increased levels of DLX1, suggesting some sort of cooperativity between them. Subsequently, we discovered that ERG, a member of the ETS family of transcription factors binds at the DLX1 promoter, and drives its transcriptional activation in ERG-fusion-positive PCa. Even so, when the results were analyzed in the light of DLX1 expression, we found that ~42% of the DLX1-positive patients were ERG-negative. Thus, establishing the fact, that almost all ERG-positive patients show DLX1 expression however, the inverse is not true always which suggested a plausible role of some other regulatory TF(s). Diving deeper into the molecular mechanism, we next investigated the possible association of DLX1 and androgen receptor (AR) owing to the inevitable role of androgen signaling in PCa pathogenesis4. Interestingly, these findings opened up another exciting axis involved in the regulation of DLX1, as we found a positive correlation between AR and DLX1 irrespective of the ERG-fusion status. More so, ChIP-Seq and ChIP-qPCR data analysis revealed the recruitment of AR and FOXA1 (AR coactivator) at the DLX1 enhancer in both ERG-positive and -negative PCa cells. Furthermore, we deciphered that in ERG-positive background promoter-bound ERG coordinates with the enhancer-bound AR and FOXA1 to drive transcriptional activation of DLX1. While, in fusion-negative background, AR and FOXA1 functions in an ERG-independent manner. Taken together, our study demonstrates the triad of key regulators that orchestrates DLX1 expression, resulting in DLX1-mediated tumorigenesis.

Subsequently, we explored the strategy for therapeutic intervention that could be used to target DLX1-positive PCa subset. Bromodomain and extra terminal (BET) proteins are known to facilitate AR- and ERG-mediated transcriptional regulation by modifying the chromatin landscape. Of late, several BET inhibitors (BETi) are in clinical trials as single agents or in combination with anti-androgens for CRPC patients5. These studies directed us to investigate the efficacy of BETi or/and anti-androgen drugs in disrupting DLX1 transcription and its mediated oncogenicity. Cell-based assays revealed that DLX1-high PCa cells treated with BETi alone or in combination with anti-androgens result in diminished expression of DLX1 and its downstream targets. Importantly, preclinical studies showed ~70% reduction in tumor growth and metastasis in mice administered with BETi alone or in combination with anti-androgen. Conclusively, our findings discovered the oncogenic role of DLX1 in PCa progression, and demonstrated the utility of BETi to disrupt AR and ERG-mediated transcriptional circuitry, thereby mitigating DLX1-driven tumorigenesis. Further, the study provides strong evidence to consider treatment regimens using BETi or/and anti-androgen drugs for the clinical management of DLX1-positive PCa subtype.

Link to the paper: https://rdcu.be/cxnwn