Our study shows that the transcription factor Oct4 contributes to head and neck squamous cell carcinoma (HNSCC) radioresistance by regulating the DNA damage response and the cancer stem cell (CSC) phenotype. The impact of Oct4 on tumor radioresistance depends on its fine-tuned intracellular level.

+2
Jacqueline Nathansen and 2 others View all
PhD student in Radiobiology, OncoRay – National Center for Radiation Research in Oncology
Follow 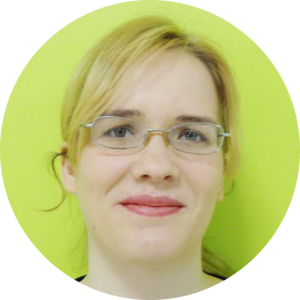 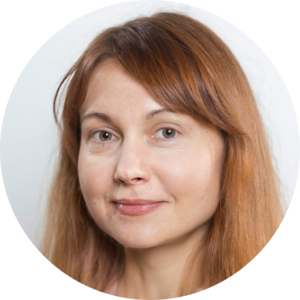 Cancer stem cells (CSCs), a pluripotent and highly tumorigenic sub-population of tumor cells, are equipped with various resistance mechanisms to survive radiochemotherapy [1]. CSCs are both crucial and difficult to eradicate. They recently moved into the focus of individualized targeted therapies that are urgently needed for patients with human papillomavirus (HPV)-negative head and neck squamous cell carcinoma (HNSCC). In contrast to HPV-positive HNSCC, HPV-negative tumors are associated with radioresistance and poor patient outcome [2]. In the context of stemness, the transcription factor Oct4 has already contributed to a Nobel Price, as one of the initial Yamanaka factors [3]. Even more interesting, it has been described to regulate CSC pluripotency in different tumor entities [4, 5]. Yet, in HNSCC, the mechanisms behind its role in radioresistance had still to be elucidated.

Assessing the effect of Oct expression modulation on HPV-negative HNSCC cell line radioresistance revealed an interesting dependency on fine-tuned Oct4 levels: both Oct4 downregulation and overexpression led to radiosensitization. Importantly, these in vitro results nicely reflected the clinical response in patients with HNSCC after postoperative radio(chemo)therapy. In our study, high or low nuclear Oct4 protein expression in the tumor cells of the invasive front was associated with better loco-regional control compared to intermediate expression.

Our study found a cell line-specific susceptibility towards Oct4 downregulation, with cells having a higher homologous recombination repair (HRR) capacity being less affected [6]. In line with this observation, we identified two essential HRR genes, PSMC3IP and RAD54L directly regulated by Oct4 transcription factor activity. Both genes contribute to HNSCC cell line radioresistance and DNA repair. To our surprise, the knockdown of PSMC3IP and RAD54L also decreased the self-renewal capacity of HNSCC cells. The finding that DNA repair factors can influence the CSC phenotype both requires and deserves further investigation. But PSMC3IP and RAD54l were not the only DNA damage response genes affected by Oct4. We showed that Oct4 regulates the G2 checkpoint kinases Chk1 and WEE1, thereby influencing the ability of HNSCC cells to undergo G2 cell cycle arrest after irradiation (Figure 1 A). Taken together, our findings reveal that Oct4 is an important choirmaster in the orchestration of the DNA damage response after irradiation.

And even though the radiosensitizing effect of Oct4 downregulation is presumably limited in highly HRR-proficient HNSCC cells, our results showed that the resulting HRR deficiency still can be therapeutically exploited. Treatment with the PARP inhibitor Olaparib, which is in clinical use for BRCA-mutant tumors, led to significant radiosensitization of CRISPR/Cas9-mediated Oct4 A knockout cells (Figure 1 B). To date, Olaparib is not the treatment of choice in patients with HNSCC. However, analyses of the Olaparib-treated HNSCC organoids with different levels of Oct4 expression and additional in vivo experiments using patient-derived xenograft tumor models could further uncover the promising potential of the combination of PARP inhibition and irradiation in Oct4-deregulated tumors. In the future, these findings might contribute to more efficient CSC targeting on the road to individualized treatment for patients with HPV-negative HNSCC. 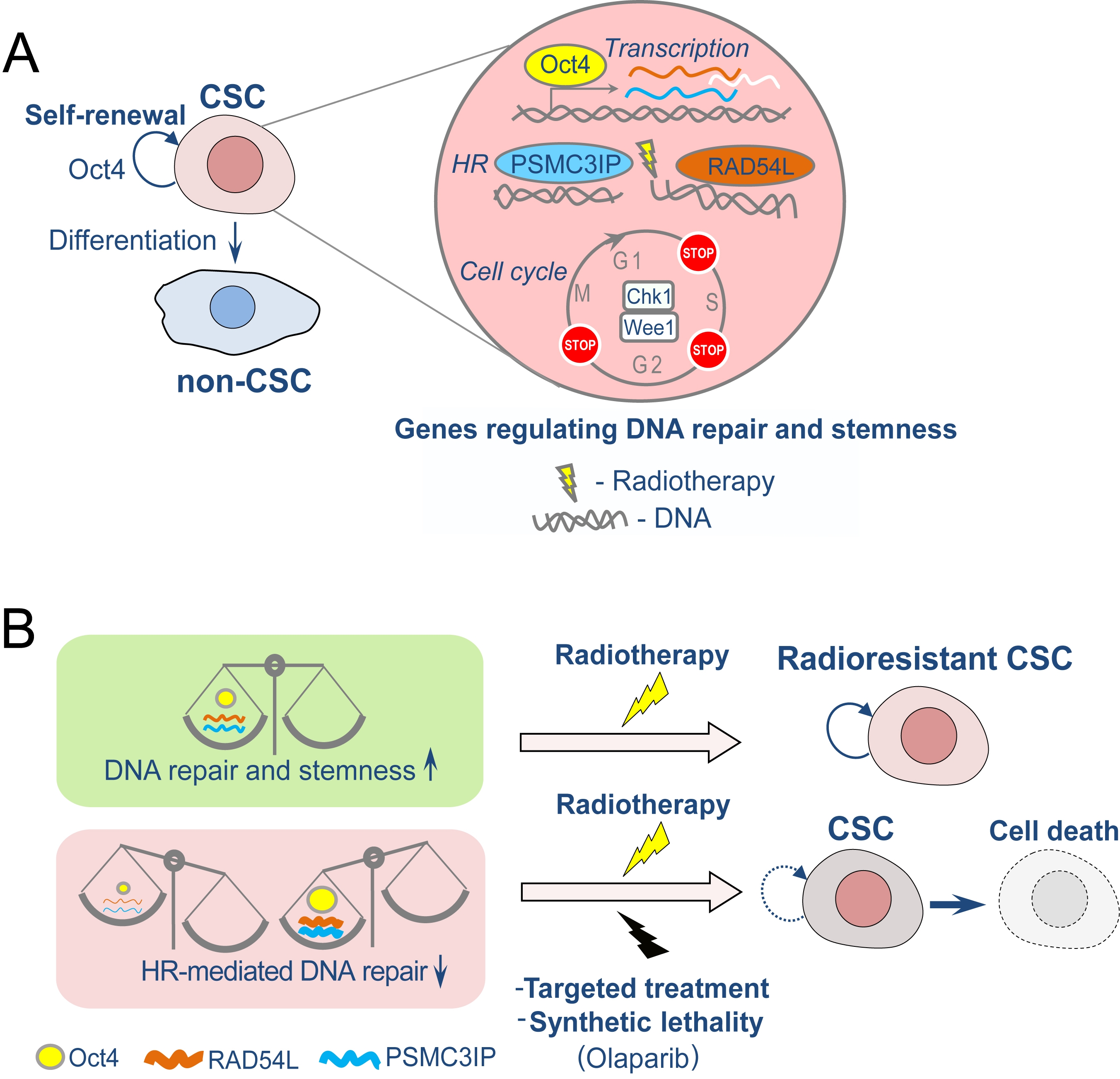 Figure 1. (A) Oct4 contributes to the HNSCC radioresistance by modulating expression of genes regulating DNA repair and CSC properties. (B) Oct4-dependent regulation of tumor radioresistance depends on its precise intracellular level, and both high expression and loss of Oct4 are associated with abnormal homologous recombination-mediated DNA repair. Combination of radiotherapy with DNA repair inhibitors such as PARP-inhibitors or other targeted treatments may cause synthetic lethality in Oct4-deregulated tumors including cancer stem cell eradication. CSC: cancer stem cells, HR: homologous recombination. 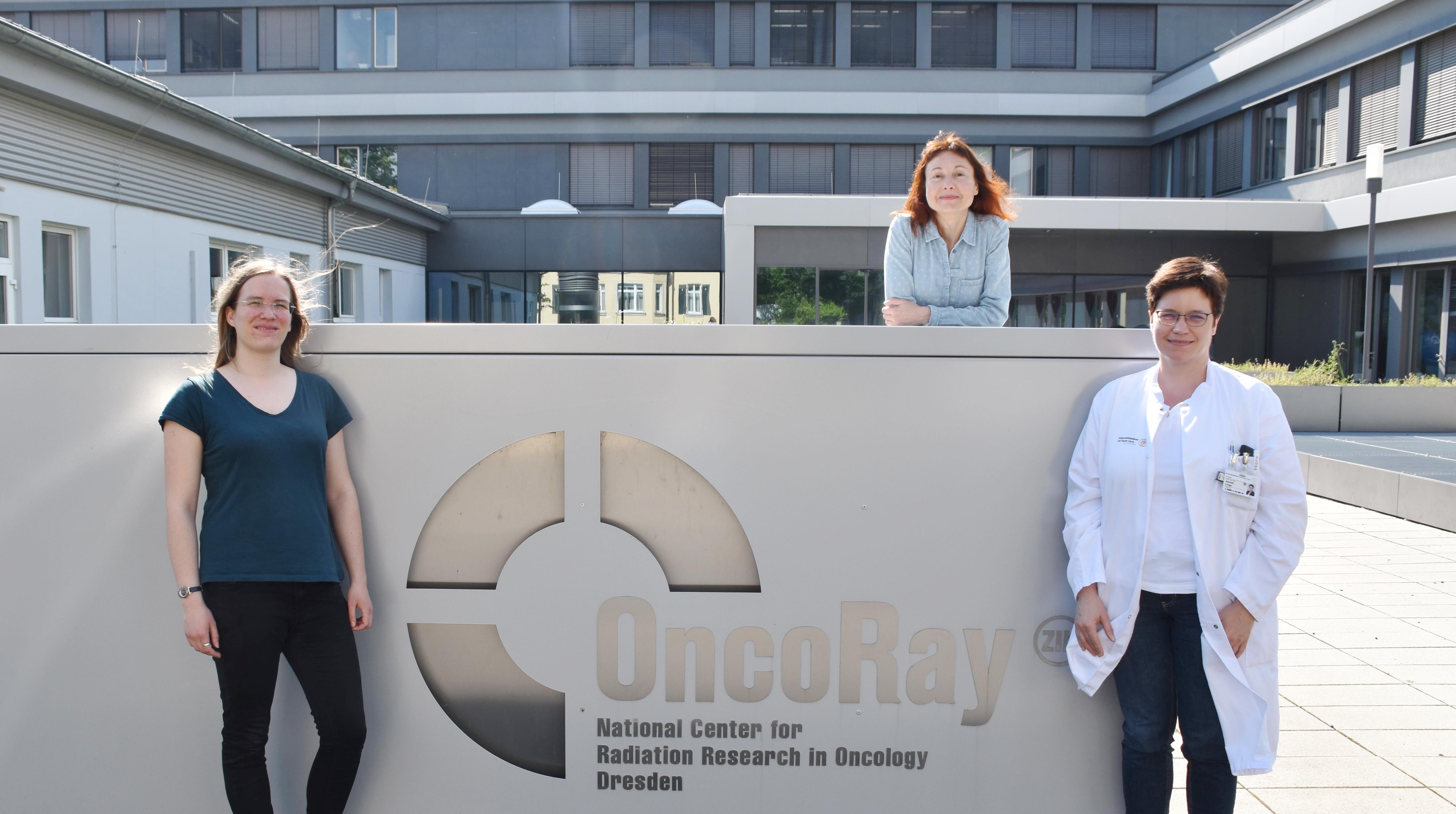