Just imagine: well-known enzyme, which regulates key cell processes responsible for genome stability suddenly, acquires a cofactor that radically changes its specificity. About 2000 articles since 1963 with come from tremendous effort and many hours of work. And, suddenly, it turns out that this enzyme can form a joint active site with a recently discovered protein factor. This factor changes the specificity of the reaction catalyzed with enzyme, it changes the reaction rate, and it seems that it is necessary to study everything (or almost everything) from scratch. This is about PARP1/2 enzymes, and their new cofactor HPF1.

PARPs synthesize poly(ADP-ribose) (PAR) composed of linear and/or branched repeats of ADP-ribose. PARylation is a dynamic post-translational modification of biomolecules that plays an indispensable role in regulating of a number of biological processes, including DNA damage response. HPF1 was shown to complete the active site of PARPs via complex formation, and the role of the joint active site was suggested to switch the PARylation specificity to serine residues. HPF1 plays an essential role in the PARP1- and PARP2-catalyzed PARylation of histones. How is HPF1 involved in the response to DNA damage? Is all PAR synthesis in the cell HPF1-dependent? How do PARP inhibitors, known anti-cancer drugs, affect HPF1-dependent PARylation? How does histone PARylation affect chromatin structure? Now we have a lot of questions. And here, we do a little step for mankind, but giant leap for us: we show dual influence of HPF1 on PARPs activity using classical biochemical methods (as our teachers bequeathed us). In the present study, we compared HPF1 effects on the PARP1 and PARP2 activities in the autoPARylation reaction performed in the presence of damaged DNA or nucleosome, as well as in the heteroPARylation of histones. Recently, the capability of HPF1 to limit the level of PARP1 automodification via shortening of PAR chain was shown. It can be explained by the interaction of HPF1 with His residue (His826 and His381 in PARP1 and PARP2, respectively), which is critical for PAR chain elongation. In our study, HPF1 was found to stimulate the automodification of both PARP1 and PARP2 in a concentration-dependent manner, with the effects detected for PARP2 exceeding those for PARP1. PARP2 was revealed to catalyze more efficiently modification of histones than the automodification. 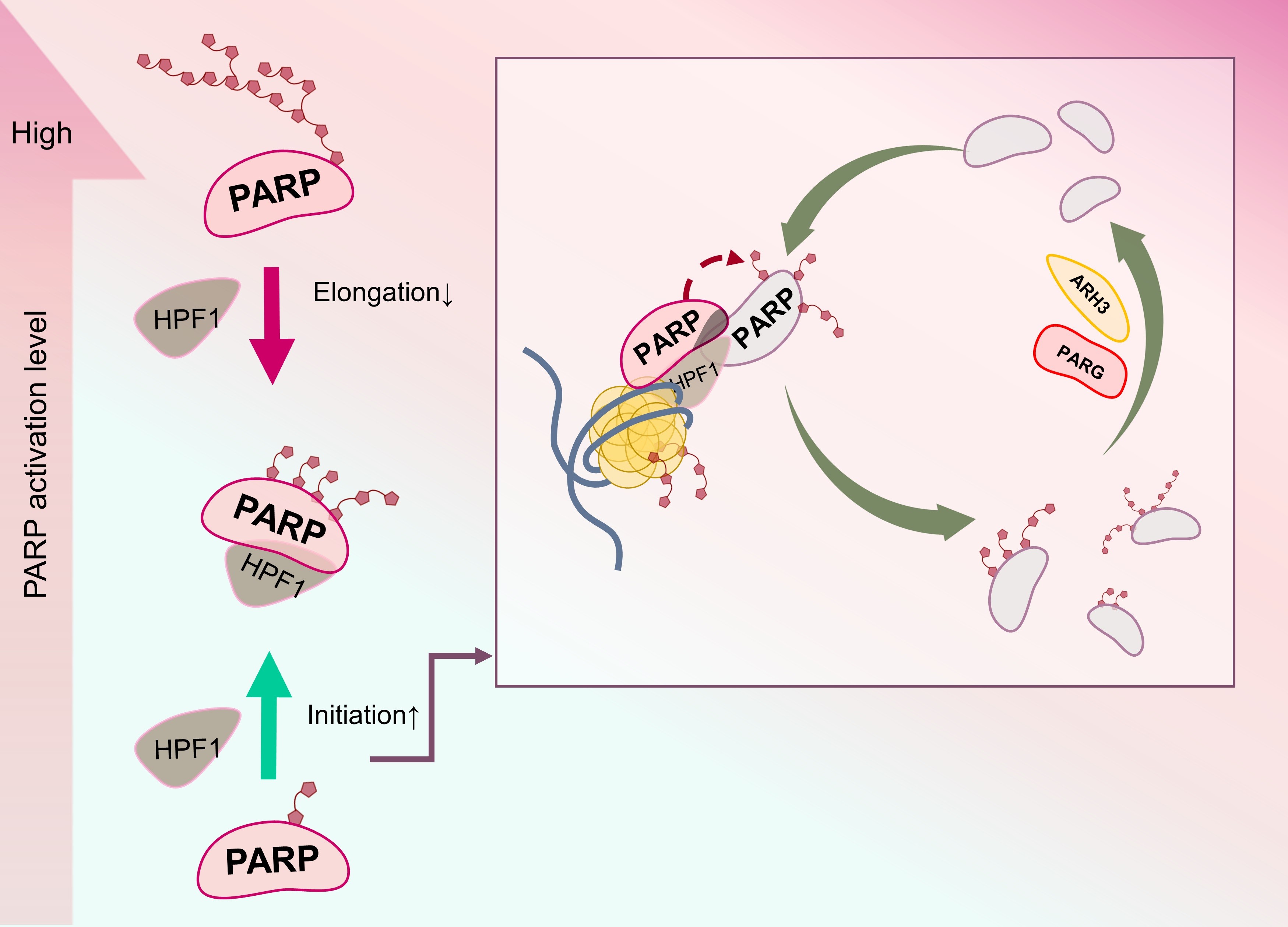 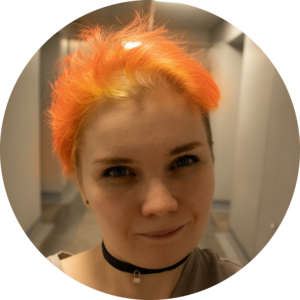