What distinguishes a benign mass of clonally expanded cells from a latent life-threatening tumor? Our two research groups––Irene Ghobrial’s lab with clinical and experimental expertise and Gad Getz’s lab with expertise in computational genomics––have teamed up to understand this question. As we age, cells across the human body commonly acquire cancer-associated mutations and expand without ever leading to symptomatic disease1, providing challenges to knowing when a pre-cancer merits therapeutic intervention. Multiple myeloma (MM), a cancer of plasma cells in the bone marrow, presents a unique opportunity to understand the biology underlying the question posed above, since the clonal growth of plasma cells produces a monoclonal protein readily detected in the blood, even during the lowest-risk asymptomatic precursor stages of disease.

MM almost always progresses from its precursor stages, monoclonal gammopathy of undetermined significance (MGUS) and smoldering multiple myeloma (SMM), after the tumor clones expand and/or acquire more genetic, epigenetic, and transcriptomic abnormalities2. Yet, not all MGUS/SMM patients develop overt MM, or even progress at the same rate3. While tumor-intrinsic characteristics do provide some predictive value, we believe that extrinsic factors may also influence, and potentially indicate, disease progression. One such factor is the immune microenvironment of the bone marrow, which may be altered and permissive of progression to overt myeloma in patients with precursor disease. In this study, we used single-cell RNA sequencing technologies to dissect the immune microenvironment in early precursor patients to test this idea.

As a collaboration among research groups, we frequently iterated between performing analysis of the rich single-cell RNA dataset in the Getz Lab and then returning to the Ghobrial lab to test newly generated hypotheses with in vivo and in vitro experiments. For example, we noticed that early precursor patients exhibited heightened MHC II–encoding gene expression in our RNA data, while our CyTOF proteomic experiments showed the opposite trend of decreasing levels of surface MHC II expression. Naturally, we were initially skeptical of these results and looked to possible technical explanations, which brought us back to the experimental lab. Indeed, in vitro models and tumor slides from the clinic recapitulated this phenomenon and provided further evidence of internal localization rather than a decrease in protein abundance. Ultimately, this diverse approach led us to a much more complete picture of the disease’s interaction with the immune system leading to immunosuppression

A recurring theme across our findings is that immune alterations occur very early in progression, with large inter-individual variation that seldom correlate with the genomic drivers of the tumor. For example, NK cell frequencies greatly increased in most precursor samples, but the degree to which they increased varied greatly. When searching for the cause, we found that NK cell abundance correlated with chemokine receptor expression on the dominant NK cell subset in a given sample, fitting in nicely with previous work4 suggesting that signaling through these receptors in MM models impairs typical NK cell homing and egress between the bone marrow and circulation. As studies of MM often look at cell frequencies in either peripheral blood or bone marrow, this finding raises important questions about whether abundance in one context can accurately inform about the abundance in another context.

Overall, our combined efforts map out how the composition and expression of each immune population change during disease progression, from the earliest asymptomatic stages to overt MM. As we and others follow up on these findings in larger cohorts, it is our hope that clinicians will eventually be able to identify patients with pre-malignancies that are at higher risk of progression. Furthermore, tracing each of these individual cancers back to their root causes will be paramount to mechanistically understanding how precursor stages develop, whether it be due to tumor-orchestrated mechanisms, or aging-related decay of the immune system. 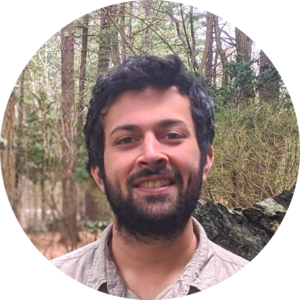