EHD2 is a Predictive Biomarker of Chemotherapy Efficacy in Triple Negative Breast Carcinoma.

In 2012, I joined Dr Lamaze's laboratory at the Curie Institute in Paris, France to start my post-doc. At that time, this laboratory had established a new role for caveolae as mechanosensors. Indeed, when mechanical stress is applied to a cell, caveolae rapidly disappear by flattening out into the plasma membrane to buffer membrane tension increase1.

During my post-doc, we found that the caveolae ATPase EHD2 is a central player in mechanotransduction which connects the mechanical disassembly of caveolae to gene transcription regulation2.

Moreover, caveolae dysfunction has long been linked to several human diseases including cancer. Caveolae and/or its main constituents caveolin-1 and Cavin-1 have been associated with several steps of cancerogenesis including tumor growth, cell migration, metastasis, and angiogenesis. The role of caveolae in tumor progression has however remained mired with controversy since caveolae have been reported to affect these steps in a positive or negative manner3.

We decided to take advantage of the privileged medical environment of the Curie Institute, which is renowned worldwide for the treatment of breast cancer. Thus, Dr. Lamaze and I were interested in investigating the role of caveolae, and more specifically, EHD2 in breast cancer and its impact on therapy. To address these questions, it was essential to teamwork with Dr. Bièche, a specialist in patient cohort analysis.

In apparent contradiction with the in vitro data, analysis of survival in the 3 cohorts of patients reveals that EHD2 low expression was in fact associated with good prognosis in the TNBC subgroup, a fact that we believe is due to the higher proliferation index of these cells, ehnce their greater sensitivity to anti-proliferative chemotherapy. Accordingly, EHD2 was revealed as a new independent prognosis factor in TNBC patients treated with chemotherapy. 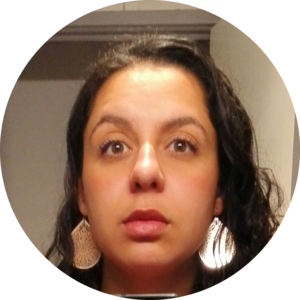