Lung cancer is the leading cause of cancer mortality worldwide with limited therapeutic options, and the five-year survival rate for lung cancer has only minimally increased during the past several decades. Our laboratory has a longstanding interest in the 78-kilodalton glucose regulated protein (GRP78/BiP), a key endoplasmic reticulum (ER) stress-inducible chaperone in cancer with potent pro-survival properties (1, 2). I got motivated to get my lab to work on pancreatic and lung cancers after I returned from an AACR meeting where Dr. Tyler Jacks (MIT), a pioneer in mouse cancer models, challenged all cancer researchers to combat these deadliest, incurable cancers. Following our discoveries on the role of GRP78 in pancreatic cancer (3), we turned our attention to lung cancer.

KRAS is commonly mutated in various cancers including lung adenocarcinoma (LUAD). Despite its well-known role in cancer, drugs directly targeting KRAS have limited efficacy underscoring the critical need to identify alternative targets. In our paper, we showed that GRP78 is upregulated in human LUAD bearing KRAS mutations and established the role of GRP78 in mutant Kras-driven lung tumorigenesis. Using the mouse model Dr. Tyler Jacks helped to create (4), we generated two new inducible lung-specific knockout mouse models with simultaneous deletion of the floxed Grp78 alleles and activation of the oncogenic KrasG12D mutant either in whole lung or selectively in alveolar epithelial cells. We provided direct evidence that haploinsufficiency of a single cellular protein, GRP78, while having no harmful effect on the normal lung, is sufficient to impede Kras-driven lung tumorigenesis and prolong survival.

We are thankful for the helpful advice given to us by the RAS Initiative community during the course of this project. Spearheaded by the National Cancer Institute, the RAS Initiative helps researchers working on RAS-driven cancers. However, our ability to pursue the mechanistic angles of KRAS by immunohistochemical analysis was limited by the lack of commercially available antibodies since all staining that is claimed to be KRAS is non-specific (5). We were able to use the human lung cancer cell line A427 which bears the same KRASG12D mutation as our mouse models and we observed GRP78 depletion led to the activation of the unfolded protein response and an onset of downstream apoptotic pathways, resulting in loss of cancer cell viability.

Our work identifies a key chaperone protein and regulator of the unfolded protein response GRP78 as a novel target to combat LUAD. This, coupled with the exciting new developments of clinically relevant inhibitors targeting GRP78, some of which are in clinical trials, opens up a new therapeutic venue for lung cancer (2). This work should be of interest to researchers in the field of KRAS oncogenesis, mouse models, lung cancer, cell stress and molecular chaperones. Our paper can be accessed here: (https://www.nature.com/articles/s41388-021-01791-9). 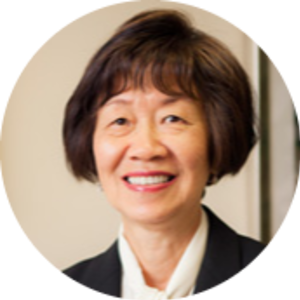