+3
Kyriakos Economides and 3 others See all
Director, Codiak BioSciences
Follow 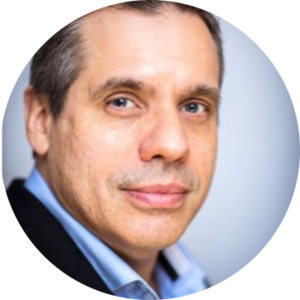 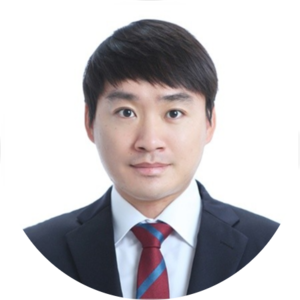 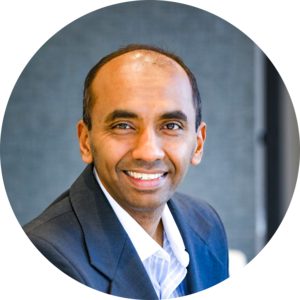 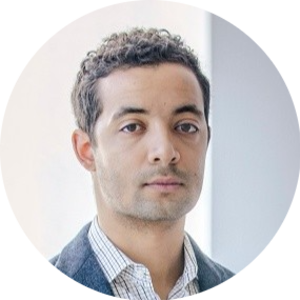 Exosomes are naturally occurring, extracellular vesicles that have evolved as an intercellular messenger system. For decades, researchers have recognized the potential of exosomes as a drug delivery vehicle; however, the ability to rationally engineer exosomes with predictable and reproducible therapeutic effects had remained an elusive goal. Codiak’s engExTM Platform enables us to design and engineer exosomes with distinct properties, load them with various types of therapeutic molecules and control tropism so they reach specific target cells. The ability to functionalize exosomes with diverse macromolecules at a high density represents a significant advance toward unlocking the therapeutic potential of these extracellular vesicles. Our recent paper published by Jang et al.1, sets out to address the potential of exosome mediated STimulator of InterferoN Genes (STING) agonist delivery preferentially to the tumor resident Antigen Presenting Cells (APCs).

The potential for targeting the STING pathway to elicit anti-tumor responses has been well validated in several preclinical studies. Most preclinical and clinical programs targeting the STING pathway to date have administered the STING agonist, a cyclic di- nucleotide (CDN), intra-tumorally (IT), in an attempt to localize innate immune activation to the tumor microenvironment (TME). The low membrane permeability, short residence time, and lack of specific uptake into APCs following intra-tumoral administration necessitate high CDN doses to achieve the requisite exposure in the TME, which prevent the establishment of tumor memory responses. Moreover, following IT administration, these drugs quickly extravasate from the tumor and into systemic circulation and generate a systemic cytokine response. Therefore, the dose must be just right, a Goldilocks dose, not too little, not too much, as everyone who is exploring these therapies has seen in the “Bell Shaped Pharmacology” that is a hallmark of STING agonism.

We have engineered exoSTINGTM to overcome the therapeutic limitations of small molecule STING agonists. We postulated that we could hijack a natural exosome communication process that mediates STING pathway activation in the tumor microenvironment. After DNA damage by chemotherapy2 or radiation3, extracellular vesicles (exosomes) carrying natural double stranded DNA are produced, delivered to antigen presenting cells and activate an anti-tumor immune response. The role of natural exosomes in activating the STING pathway and in mediating immune surveillance is our primary rationale for developing exoSTING. In our exoSTING construct, a highly potent CDN STING agonist molecule substitutes for genomic DNA and is designed to significantly enhance innate immune activation to attract T cells by establishment of chemokine gradients, facilitate APC presentation of tumor antigens to T cells and promote adaptive immunity to the tumor. Specifically, exoSTING consists of an exosome engineered with our engEx Platform to express high levels of Prostaglandin F2 receptor negative regulator (PTGFRN) on the surface, and loaded with the potent, small molecule CDN STING agonist.

The primary objective of this study was to address the limitations of CDN by using exosomes as a delivery vehicle that would specifically activate the STING pathway in APCs while avoiding T cell ablation.  exoSTING promotes directed activation of APCs in the TME to specifically engage the STING pathway in the desired target cell. Our study demonstrates the advantages of improved potency and preferential activation of APCs with exoSTING leading to improved anti-tumor activity and protective immunity compared to free CDN. 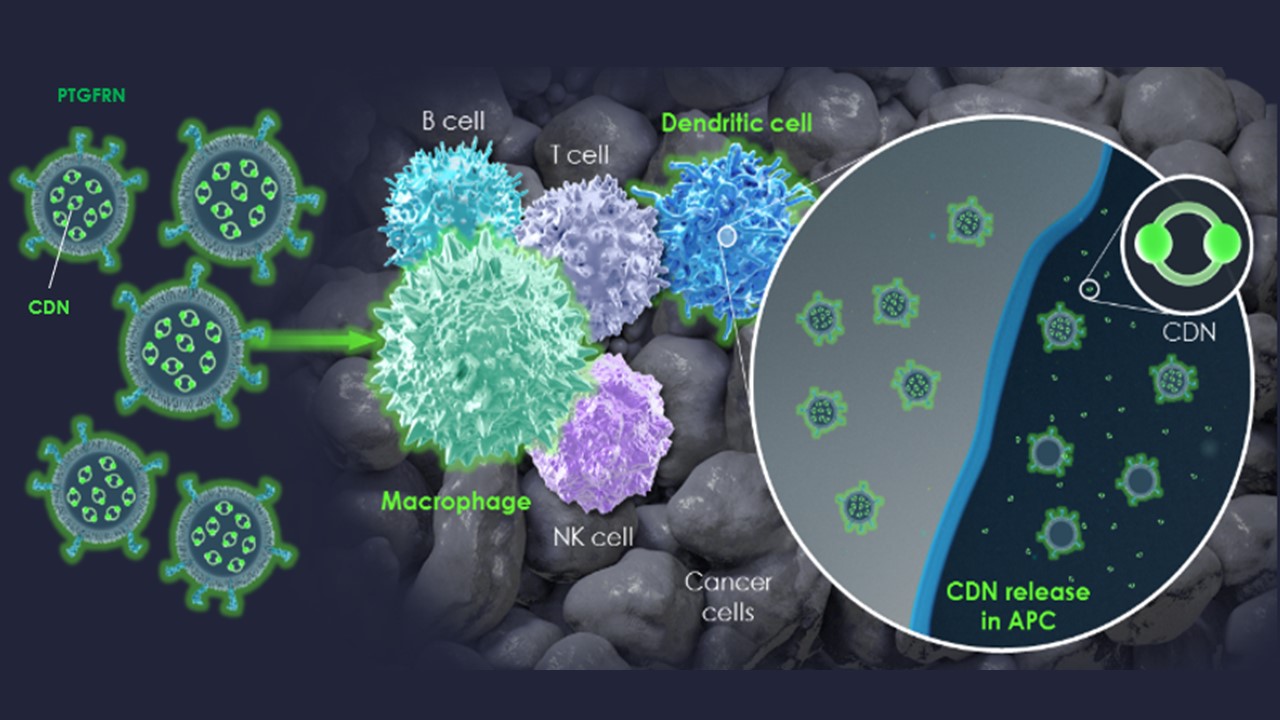 In this paper we show that exoSTING enables effective intra-cellular delivery of CDN STING agonists, prolongs tumor retention of the drug, and selectively targets APCs in the TME. In vitro and in vivo studies demonstrated a 100-200 fold improvement in potency by exoSTING mediated CDN delivery. In vivo studies in multiple checkpoint refractory models have demonstrated enhanced Th1 polarization of T cells with exoSTING and preservation, expansion, and establishment of systemic antigen-specific T cell-mediated immune responses across a wide dose range without evidence of immune ablation as seen with free CDNs. Much of the desirable pharmacology of exoSTING also comes by prolonged tumor retention of the exosomes. We found that the exosome enabled tumor retention of CDN by 10-fold and prolonged half-life by 5-fold. In addition, exosomes also enabled systemic intra-venous (IV) administration of CDN STING agonist. We have taken advantage of the natural tropism of our exosomes to home to the liver after IV administration and demonstrate that exoSTING is effective at generating a potent IFN-β response in normal livers and can effectively reduce tumor burden in an orthotopic hepatocellular carcinoma model (Hepa 1-6) compared to free CDN.