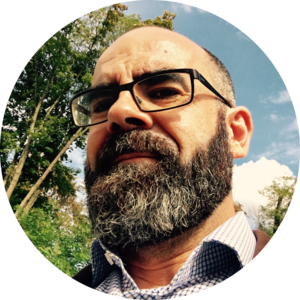 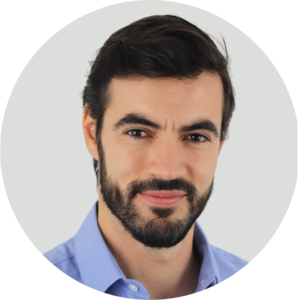 Multiple myeloma (MM) is a very prevalent blood cancer that accounts for more than 10% of all blood cancers. The main type of complications in MM are skeletal-related, which have a great impact in the quality of life of the patients and, ultimately, their survival. Given its incurable nature, it is of great urgency to identify new therapeutic targets directed not only to reduce tumor progression but also to reverse their associated bone lesions.

During the majority of his scientific career, Antonio Garcia-Gomez, sharing first authorship of this study with Tianlu Li, has been investigating the relevance and alterations of bone marrow mesenchymal stromal cells (MSCs) in the MM setting. MSCs plays a pivotal role supporting myeloma progression and drug resistance. Also, they are directly related with the bone remodeling process as they are progenitors of bone-forming osteoblasts. Specifically, this type of cancer is characterized by an impairment in osteoblast differentiation and function from mesenchymal precursors, which translates in bone destruction. Bone lesions persist in many myeloma patients even after therapeutic remission, suggesting a long-term defect in MSCs that block their ability to properly differentiate into functional osteoblasts.

Given the nature of this malignancy, the alterations in MSCs are known to be the result of their interplay with cancerous plasma cells. This places MSCs as an attractive target to tackle myeloma bone disease. In our study, published this week in Nature Communications, we identified genome-wide epigenetic alterations in MSCs from patients at different stages of the disease. These epigenetic alterations, specifically in DNA methylation, were located at genomic loci related to genes that control the proper MSC-to-OB differentiation, such as the known HOX genes.

Since epigenetic alterations are pharmacologically reversible, we investigated whether restoring altered DNA methylation in myeloma MSCs might potentially revert their diseased osteoblast phenotype. During the course of the study, we came across a novel dual inhibitor of DNA methyltransferases (DNMTs) and histone methyltransferase G9a, CM-272, reported also in Nature Communications by Felipe Prosper’s team (San José-Enériz et al., 2017). This inhibitor has been shown to trigger immune-mediated bladder cancer regression (Segovia et al., 2019). In the context of MM, the treatment of patient MSCs with CM-272 was able to reverse their aberrant phenotype and aid their correct differentiation into bone-forming osteoblasts. This is a direct result of the reversion of aberrant DNA methylation in these cells by the inhibitor. Moreover, treatment with CM-272 was able to reduce both tumour burden and improve MM-associated bone loss in a mouse model of bone marrow-disseminated MM previously employed by Mercedes Garayoa's team (Garcia-Gomez et al., 2014) (see Figure). Our work provides evidence of great potential for the targeting of altered epigenetics in patients with multiple myeloma to treat associated bone disease.