In our paper "Evolutionary dynamics of neoantigens in growing tumors" we studied how accumulating antigenic mutations affects tumour growth. Here is a short overview of the hallmarks of negative selection we found.
Eszter Lakatos
Postdoctoral Researcher, Queen Mary University of London
Follow
Like Liked by Andrea Sottoriva
0

Mathematical modeling of evolutionary dynamics of neoantigens and immune escape in growing tumors shows that strong negative selection for neoantigens inhibits tumor growth but also provides a strong selective pressure for the evolution of immune escape. 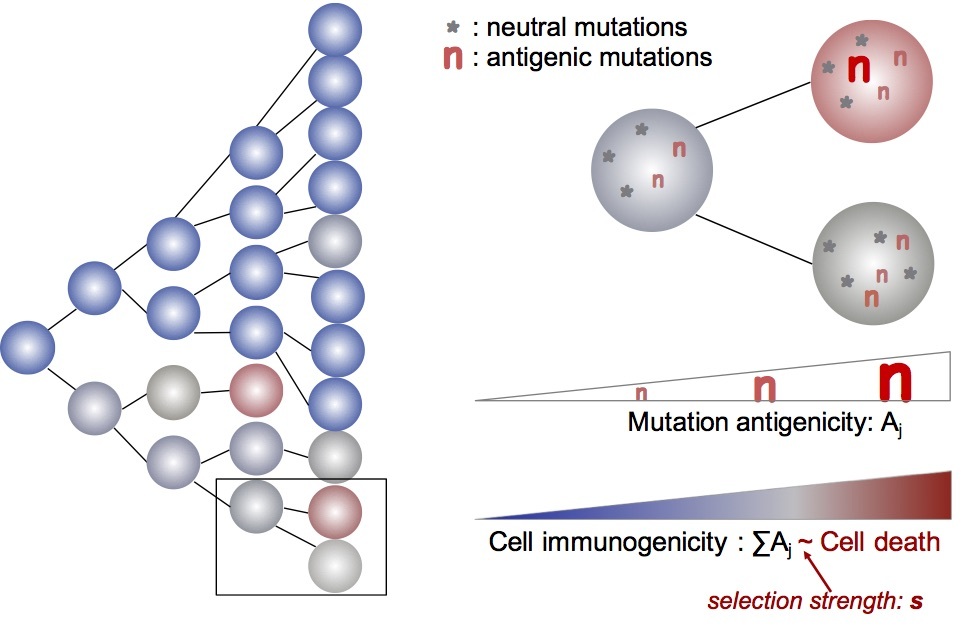