Metabolic reprogramming occurs during tumor initiation and progression. In this study, we decipher metabolic trajectories from preneoplasia to lung adenocarcinoma in tumor samples and identify circulating plasma metabolites as potential non-invasive biomarkers for early detection.

Previously, genomic and immune landscape of these lesions reveal the molecular events underlying the initiation and progression of LUAD2,3. In addition, sodium-dependent glucose transporter 2 which reportedly overexpresses in AAHs of lung lesions could not transport the methyl-4-deoxy-4-[18F]-fluoro-α-D-glucopyranoside rather than common imaging tracer 18fluoro-2-deoxyglucose for identification of AAH and low-grade lung adenocarcinomas, suggesting an unique metabolic signature in pre-neoplasia lesions4. However, the sophisticated view of how metabolic phenotypes evolve during the neoplastic and invasive progression in LUAD is currently lacking.

Our study focused on understanding the metabolic evolution during LUAD initiation and progression, and assessing their potential for clinical biomarker and/or therapeutic targets. In the past decade, metabolomics profiling has dramatically expanded our knowledge of metabolic alterations evolving during cancer development and metastasis5,6. In this paper, we performed the large-scale targeted metabolomics on resected 181 lesions and 92 plasma obtained from invasive LUAD and its precursors.

Interestingly, we found the gradually altered metabolic pathways, including nicotinate and nicotinamide metabolism, β-Alanine metabolism, glutathione metabolism, arginine and proline metabolism along with neoplastic and invasive progression of LUAD, which are critical in various cancers, suggesting that such metabolic vulnerabilities may be exploited for early detection and intervention for LUAD patients.

Several metabolites showed specific increase in AIS or in MIA, suggestive of distinct metabolic vulnerabilities in premalignant lesions. Moreover, we also found the progressively upward or downward trend of differential metabolites from AAH to AIS, MIA and IAC. Specifically, metabolites involved in purine metabolism showed marked increases from the pre-invasive to invasive stage, implying a dysregulated proliferative state during invasive progression. Previously, a study has also demonstrated that the progressive pre-malignant dysplastic lesions are associated with “proliferative subtypes” which may need close monitoring and early interventions7.

The high false-positive rate of radiologic screen in early cancer detection highlights the urgent clinical need for incorporating clinical and morphologic assessment with other non-invasive diagnostics, such as molecular testing and circulating metabolic biomarkers, to enhance the screening efficiency, decrease costs, avoid over-treatment and improve clinical outcomes. Most current blood-based analyses for diagnosis of LUAD depend on genomic or proteomic biomarkers with finite accuracy, however, our study strikingly revealed different biomarker panels which were valuable in classifying lung lesions as benign disease or invasive LUAD and its precursors, demonstrating the potential of metabolomics in biomarker discovery for an initial cancer screen for the at-risk populations.

Our study identified, for the first time, three metabolic subtypes which represented distinct metabolic features and correlated with clinical, pathological and prognostic characteristics of invasive LUAD. The relatively large cohort and long clinical follow-up time in our study enable the integration of post-surgical recurrence and/or metastasis as well as overall survival with metabolic subtypes, thus assessing of their prognostic values, which may guide the treatment strategies after surgical resection and aid in the discovery of personalized therapeutic targets. Notably, we found high levels of bile acids in subtype-III correlated with poor prognosis and the validated the regulatory role of dysregulated bile acid metabolism in tumor malignancy in both cell and animal models, indicating a promising therapeutic target to ameliorate the poor prognosis characteristic of the S-III subtype.

In summary, the integration of clinical and metabolomics data greatly contributes to predictive modellings of lung cancer that are able to identify pre-invasive lesions most likely to progress to malignancy and helping shape the morphology-based staging criteria. Additionally, this paper provides a new perspective that such key metabolic disturbances may be exploited as therapeutic targets for early intervention of pre-invasive diseases. 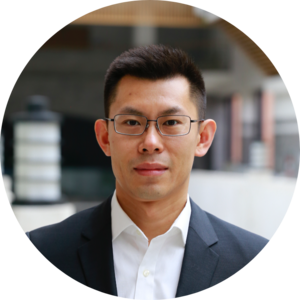