Mammalian development, adult tissue homeostasis and avoidance of severe diseases including cancer require properly orchestrated cell cycle, as well as error-free genome maintenance. The key cell-fate decision to replicate the genome is controlled by major parallel pathways of Myc and cyclin D/CDK- pRB1,2. Both Myc and the cyclin D-pRB axis are commonly impaired in cancer, causing cellular hyperproliferation along with enhanced genomic instability. In this paper, we define the Activating molecule in BECN1-regulated autophagy protein 1 (AMBRA1) as an upstream factor regulating both pathways.

This publication represents the apex of a journey started in 2007, when we first identified the AMBRA1 gene. The research, also published on Nature, defined AMBRA1 as a key regulator of neurodevelopment and autophagy. In this first study, we observed that AMBRA1 knockout correlated with accelerated cell proliferation and subsequent cell death of neural cells. The causes of such increased cell proliferation were the subject of a research published on Nature Cell Biology in 2015. In this second study, we defined that AMBRA1 acts as a tumor suppressor by controlling the C-MYC axis. In detail, knockdown of AMBRA1 gene expression causes an increase of C-MYC stability, leading to accelerated proliferation and cancer. In parallel, we and others published many studies that consolidated and thoroughly described the role of AMBRA1 as a master regulator of cellular homeostasis through its ability to modulate both E3-ligase activity and autophagy3-5.

The involvement of AMBRA1 in such processes, together with preliminary proteomic data, let us hypothesize that AMBRA1 could play a role in the maintenance of genome stability. While investigating this hypothesis, we discovered that downregulation of AMBRA1 was associated with enhanced DNA replication stress (RS). Indeed, we speculated and experimentally validated that this phenotype could be exploited to selectively kill cancer cells downregulating AMBRA1, by treatments with CHK1 inhibitors. Additionally, we discovered that the RS phenotype was independent of AMBRA1 role in autophagy, and that relied on its control of the cell cycle progression. Most importantly, AMBRA1-mediated regulation of C-MYC was not enough to explain such an effect.

At the same time, while investigating a newly generated nervous system conditional KO for AMBRA1 mouse model, we slowly perceived that some other mechanisms regulating cell proliferation were ongoing during nervous system organogenesis. Molecular and phenotypical characterization of both in vivo and ex vivo neural stem cells defects in AMBRA1 deficiency, corroborated our hypothesis (discussed with Michele Pagano Lab at NYU), that Cyclins D could represent a key target of AMBRA1 in this regulation. Given the established oncogenic role of cyclins D, these data have implications in clinical practice, opening up new scenarios for translational biomarkers in embryonal neuroectodermal tumors.

Interestingly, the molecular mechanism observed was extremely conserved in many cell types with different genetic backgrounds, supporting not only the relevance of this pathway in mammalian cells homeostasis, but also suggesting promising translational application in different cancer subsets. For this purpose, we interrogated the TCGA genomic datasets and found the existence of “AMBRA1-low” cancer subsets, defined by an AMBRA1 expression much lower than levels seen in the corresponding normal tissue. Primed by the in silico analysis we investigated the effect of AMBRA1 knockout in an inducible lung cancer mouse model, conditionally driven by KRAS G12D/+. Consistently, a more aggressive phenotype was observed upon AMBRA1 KO.

Hence, we focused our efforts in experimentally validating such hypothesis, and not only we found that cyclin D overexpression recapitulated the AMBRA1-depleted replication stress phenotype, but also that we could target both alteration with CHK1 inhibitors to induce synthetic lethality.

In sum, for many years the mechanism leading to cyclin D degradation and how it impacts on the proper orchestration of DNA replication have been at the centre of the scientific debate. Now, we are glad to give an answer to those questions. However, as one might think, this is not the end of the journey, but just another step towards a greater comprehension of the profound interdependence between cell cycle and genome stability.

AMBRA1 is a master regulator of of S-phase entry guarding genomic stability. 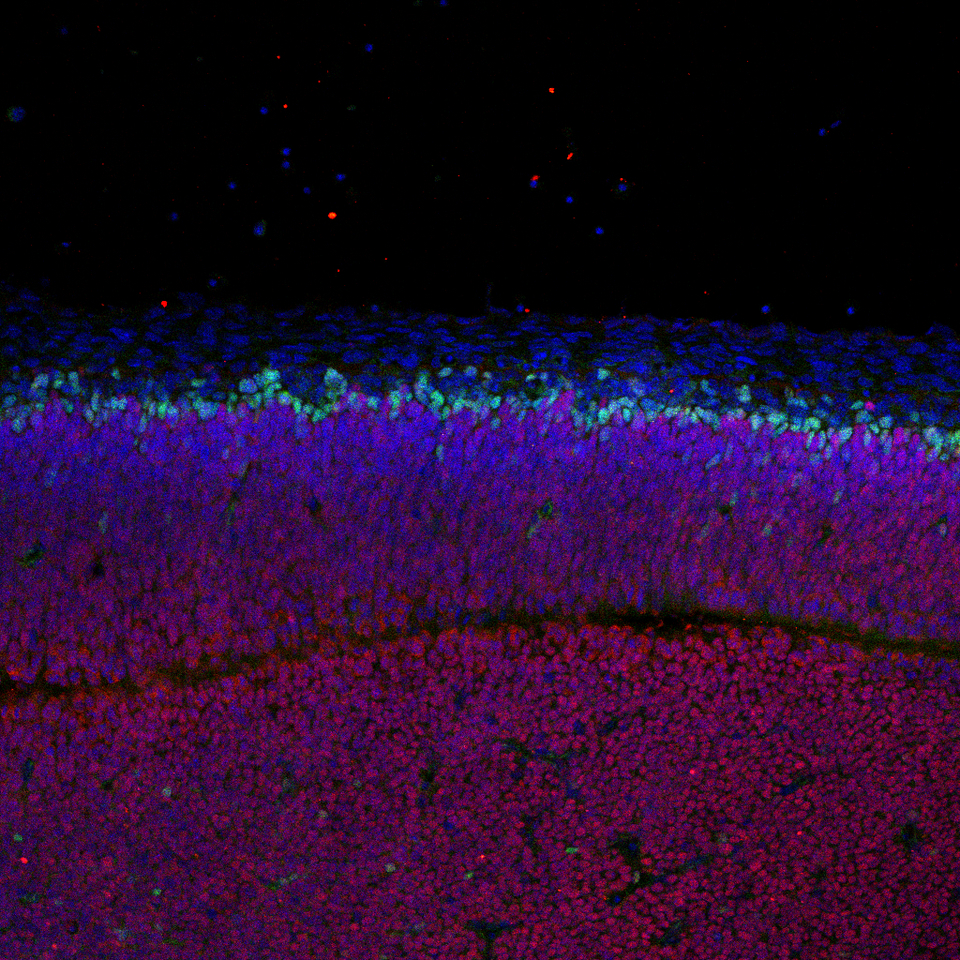