Fasting-Mimicking Diet and vitamin C: a novel non-toxic approach for the treatment of KRAS-mutant cancers

Our previous studies showed that fasting and a fasting-mimicking diet (FMD) delay cancer progression and potentiate chemotherapy efficacy in tumor cells, a phenomenon known as differential stress sensitization, while protecting normal cells from chemotherapy-associated side effects, referred to as differential stress resistance (1-2). Importantly, we found that fasting/FMD exerts its anticancer effect not only by acting on tumor cells, but also on immune system where the combination of FMD and chemotherapy increases the levels of cytotoxic tumor-infiltrating lymphocytes, thus enhancing the immune anti-tumor response in models of breast cancer and melanoma (3).

In this new study, we investigate whether FMD could be effective in combination with other non-toxic interventions. Recently, the anticancer effect of pharmacological dose of vitamin C has been re-visited. Several studies have shown its efficacy, especially in combination with chemotherapy, in several pre-clinical models, leading to phase I and II clinical studies (4-6).

Thus, we investigated whether FMD could complement high-dose vitamin C antitumor action by generating an environment unsustainable for cancer cells but non-toxic to normal cells and mice.

Our first in vitro experiment showed remarkable effects! We observed that either FMD or vitamin C alone were only able to reduce cell proliferation rate and cause a minor increase in cell death, but together they had a dramatic effect and killed almost all cells.

Interestingly, this strong effect was observed only in cancer cell lines that had in common the KRAS mutation, which is very frequent in many types of cancers.

KRAS activating mutations are predictors of poor prognosis and resistance to the majority of anti-cancer treatments, making the patient’s survival rate very poor.

We had been searching for a completely non-toxic treatment, speculating that eventually cancer could be treated like infections: with low toxicity drugs (antibiotics) that kill particular bacteria, but which can be substitute by other drugs if the first one is not effective!

However, we still needed to test 2 difficult hypotheses: 1) that it would work in mice, 2) that it would be promising for human clinical trials. We were happy to find that the combination of FMD cycles and vitamin C was effective in delaying tumor progression in multiple mouse models of colorectal cancer and that in some mice it caused disease regression. Importantly, FMD + vitamin C was as effective as chemotherapy treatment suggesting that this low-toxicity treatment has the potential to replace much more toxic treatments as we had hoped. Finally, we found that chemotherapy made the FMD + vitamin C combo work even better, although we hope that in the future we will identify a third non-toxic intervention which can replace chemotherapy

Mechanistically, we identified the reduction of heme–oxygenase-1 and ferritin levels as key factors in regulating the potent effect of the FMD in making vitamin C much more toxic to cancer cells. Our database analysis suggests we are on the right track as patients with KRAS mutated but not those with KRAS wild type cancers survived longer if their intratumor ferritin levels were lower. 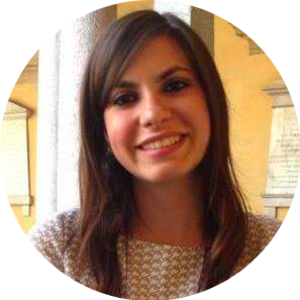