We recently demonstrated that the pan-cancer upregulated lncRNA PLANE functions as a “local address code” to control an alternative splicing program that promotes cancer cell proliferation and tumorigenicity. PLANE may thus constitute a therapeutic target in the pan-cancer context.

+2
Yuchen Feng and 2 others See all
Postdoctoral Researcher, The University of Newcastle
Follow 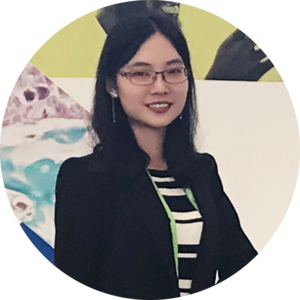 Postdoctoral Researcher, The University of Newcastle 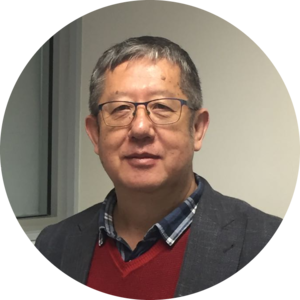 Our group has a strong interest in lncRNA roles and mechanisms in cancer. Indeed, we have functionally characterized a number of aberrantly expressed lncRNAs that contribute to cancer development, progression, and treatment resistance1, 2, 3. For example, we discovered a mechanism regulated by the lncRNA GUARDIN in protecting cancer cells from genotoxic stress1, uncovered the oncogenic role of the lncRNA REG1CP through forming an RNA-DNA triplex2, and identified a link mediated by the lncRNA MILIP through which the oncoprotein c-Myc inactivates the tumor suppressor p533.

As part of our ongoing investigation, we interrogated the lncRNA expression data in the Cancer Genome Atlas (TCGA). This identified a lncRNA that we later named PLANE (Pan-cancer LncRNA Activating NCOR2 responsive to E2F1) was among those that were increased in expression in at least 19 of 20 cancer types in relation to corresponding normal tissues. Intriguingly, the gene encoding PLANE located to the distal portion of chromosome 3q (3q29), whose amplification is one of the most prevalent chromosomal abnormalities observed in various cancer types. Nevertheless, cancer samples that did not exhibit PLANE gene copy number gain also expressed higher levels of PLANE than paired normal tissues. Through bioinformatics and cell-based analysis, we found that transcriptional activation by E2F1 along with genomic amplification were responsible for driving PLANE upregulation in cancer cells.

After having demonstrated that PLANE promoted cancer cell proliferation and tumorigenicity and that high PLANE expression was associated with poorer overall patient survival (OS) in diverse cancer types, we moved forward to dissect the mechanisms involved. Long-read RNA-sequencing to obtain full-length transcripts confirmed the initial results with short-read RNA-sequencing that nuclear receptor co-repressor 2 (NCOR2)-202, a major protein-coding NCOR2 mRNA variant generated by alternative splicing, was the most highly upregulated transcript in cells with PLANE knockdown. The selectively regulatory effect of PLANE on the alternative splicing event giving rise to NCOR2-202 but not other NCOR2 alternative splicing variants was subsequently confirmed through a large array of biochemistry and molecular and cellular biology experiments, such as integrated genome viewer (IGV)-Sashimi plot, site-specific qPCR, and mRNA variant-specific siRNA knockdown. As PLANE predominantly localized to the nucleus, we reasoned that it binds to pre-mRNAs to regulate alternative splicing. Indeed, through studies employing bioinformatics prediction and domain-specific chromatin isolation by RNA purification, we found that PLANE formed an RNA-RNA duplex with the NCOR2 pre-mRNA at a site in proximity to the alternative 5’ splice site generating NCOR2-202.

In summary, our findings indicate that PLANE contributes to cancer development and progression driven by genomic amplification of the distal portion of chromosome 3q and the cancer-promoting axis of E2F1 signaling. PLANE may therefore represent a potential anti-cancer target for counteracting these oncogenic anomalies. A caveat of our work concerns our inability to test the role of PLANE in transgenic mouse models. This was due to the lack of similarity between human PLANE and mouse gene transcripts, which is a common issue encountered in lncRNA research.

Postdoctoral Researcher, The University of Newcastle