From preinvasive to invasive: disecting the evolutionary secretary of early lung adenocarcinoma

Invasive early stage lung adenocarcinoma has a heterogeneous prognosis. Here, the authors microdissect malignant pulmonary nodules to invasive and preinvasive components and study the mutations that are common or private between the lesions, allowing them to understand the evolutionary path of the t…

EGFR is the most frequently mutated driver gene in Asian LUAD population. Surprisingly our data indicated that the abundance of EGFR mutations in the invasive component was significantly lower than that in the adjacent pre-invasive component. Further analysis demonstrated that truncal mutation abundance and dN/dS ratios in EGFR-mutated MPNs was also reduced compared with EGFR-wild type MPNs. All these results indicated a strong selective pressure on EGFR-mutated tumor cells during the acquisition of invasiveness. Subsequently, TME deconvolution analysis (TIMER method) and further immunohistochemistry indicated that B cells were present at higher levels in the invasive component than the adjacent pre-invasive component, while no significant differences of T cells between the two components were observed in the serial histological sections of MPNs. These findings sharpen the understanding about the higher infiltrating B lymphocyte abundance in the EGFR mutant lung cancer patients which were reported by our group previously (Wang, C. et al. 2018).

Overall, we found that there are diverse evolutionary trajectories during the acquisition of invasiveness in early stage LUAD. Harboring EGFR mutations is critical to the selective pressure resulting from TILs and further impacts the clinical prognosis. However, we also expected whole exome or genome sequencing and a larger sample size to investigate other critical genomic alterations during the progression of early stage LUAD. In addition, the biological function and mechanism of B cell infiltration remains unknown, which might indicate a novel potential theraputic strategy for early stage LUAD. 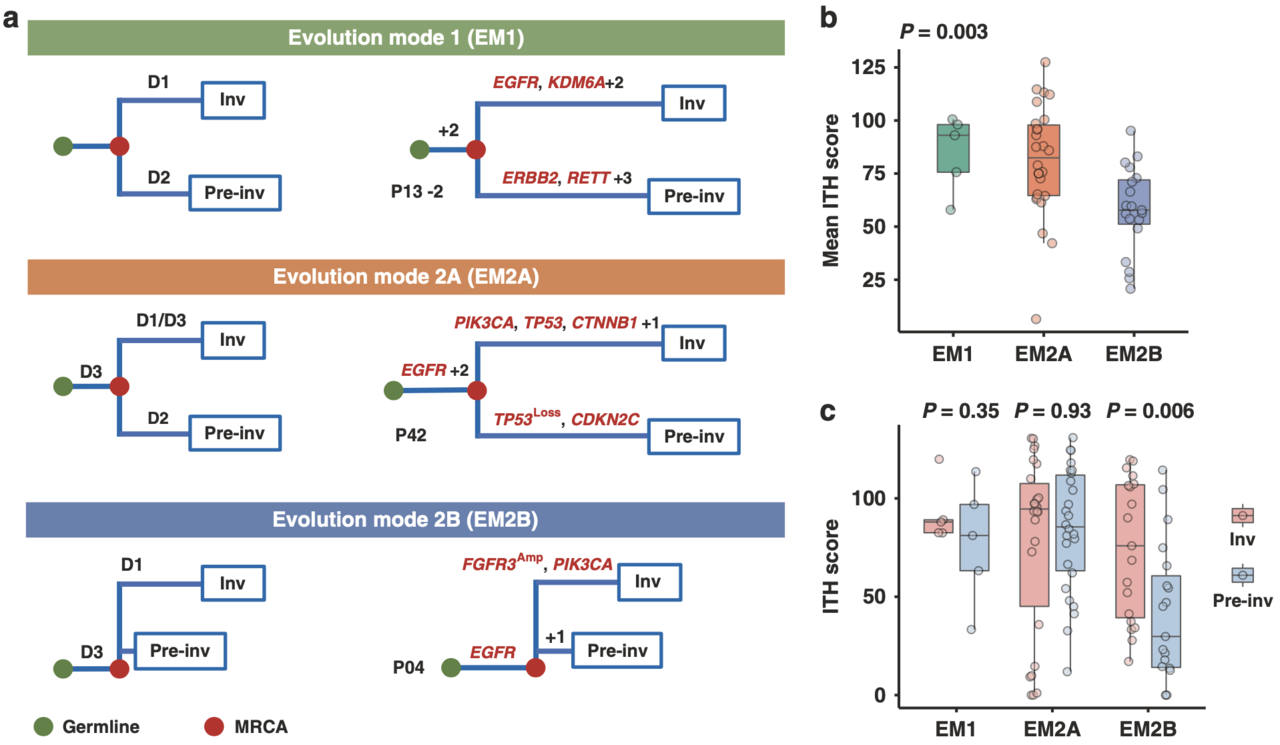 From preinvasive to invasive: disecting the evolutionary secretary of early lung adenocarcinoma