The BAF complex is one of the most frequently altered protein complexes in human cancer. Here we look deeper into the underlying genetics of one of its subunits, SMARCA4, and functionally characterize newly identified variants.

+1
Tharu Fernando and 1 other View all
Associate Scientist, Genentech
Follow 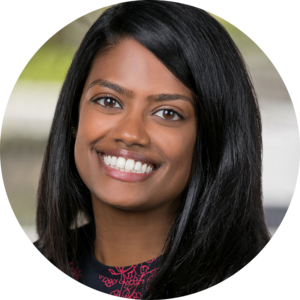 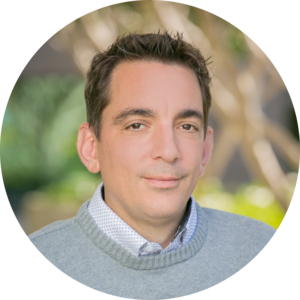 Advances in next-generation sequencing and the increasing use of these techniques in routine clinical care in oncology have revolutionized cancer genomics. Currently, a vast amount of genomic data can be garnered by sequencing primarily the coding regions of genes (or exomes) at a fraction of the price and time as sequencing the entire genome, resulting in more accurate, cheaper and faster technologies to guide better treatment options for patients. However, the critical bridge to delivering personalized treatment decisions is not only being able to identify mutations, but understanding the pathogenic significance of individual variants and the ability to confer clinical benefit to a targeted agent. The implications for treatment are especially illustrated in the case of patients with BRCA1 or BRCA2 mutations who are eligible for treatment with PARP inhibitors, a class of drugs that take advantage of the DNA repair deficiency imposed by the BRCA mutation. Presence of a BRCA mutation alone will not predict whether a patient will benefit from PARP inhibitors, but factors such as variant zygosity, tumor lineage and interpreting the potential phenotypic consequences underlying the large number of variants of uncertain significance (VUS) will influence patient outcomes1,2.

Provided this context, we began this study to gain a deeper insight into the mutations observed in the mammalian SWI/SNF complex, otherwise known as BAF, which has been reported to be altered in more than 20% of all human cancers. The BAF complex is an ATP-dependent chromatin remodeler that plays critical roles in several biological processes. Mutations in the BAF subunits have been shown to result in increased tumorigenesis, and multiple efforts are underway to generate novel therapies that take advantage of vulnerabilities exposed by these alterations. We were particularly interested in the mutations found in its core ATPase subunit, SMARCA4. Cancer cells with loss-of-function mutations in SMARCA4 have been shown to be dependent on its paralog, SMARCA2, for survival, and several groups are trying to find potent and specific SMARCA2 inhibitors or degraders to target these cancers. Although cancer sequencing efforts have begun to elucidate the prevalence of SMARCA4 variants across cancer types3, these efforts were limited in number and provided little insight into variant copies in the genome. This may be particularly relevant in the context of targeting SMARCA2, as existing data suggests that biallelic loss of SMARCA4 is required to drive this paralog dependency. Hence, to efficiently translate any potential SMARCA2 therapy into the clinic, it was important to fully understand the spectrum of SMARCA4 mutations as it relates to underlying zygosity and tumor lineage.

To answer some of these unresolved questions, we partnered with our colleagues at Foundation Medicine and probed their FoundationCore® database, which has targeted exome-seq data for more than 131,000 cancer patients. We found stark differences in zygosity of SMARCA4 mutations, indicating certain tumor types that are especially enriched for homozygous SMARCA4 mutations, like non-small cell lung cancer (NSCLC) and cancers of unknown primary. In these same indications, homozygous SMARCA4 mutations were mutually exclusive with alterations in other BAF subunits and mutually exclusive with other oncogenic drivers like EGFR and ALK. We found that NSCLC patients with homozygous SMARCA4 truncating mutations have decreased overall survival and worse outcomes on cancer immunotherapy. Like previous studies, we also found that missense mutations make up more than half of the alterations observed in SMARCA4. By increasing the sheer number of SMARCA4 variants profiled (more than 10,000), we were able to find multiple, previously undescribed regions of hotspot mutations, some of which were VUS. It was unclear how these mutations would affect SMARCA4 activity, demonstrating a need to study these mutations more in-depth and in the context of SMARCA2 loss. We functionally characterized a panel of these mutations and found that, despite being able to localize to the chromatin and form a complex with other BAF subunits, they had markedly reduced remodeling activity. However, a few SMARCA4 missense variants partially or fully rescued paralog dependency, suggesting that some SMARCA4 missense mutants may have hypomorphic activity in the context of SMARCA2 loss.

Our exploration of the SMARCA4 mutation landscape provides some key insight for the future clinical development of SMARCA2 inhibitors/degraders. As complete functional inactivation of SMARCA4 is required for the synthetic lethal effect of SMARCA2 inhibition or loss, our data suggest that some SMARCA4 mutations may not be sensitive to these SMARCA2-targeted therapies in development. Our results highlight the importance of understanding the underlying genetics (i.e. zygosity) as well as the functional impact of genomic alterations as it has heavy implications for optimal patient selection strategies in early clinical studies.