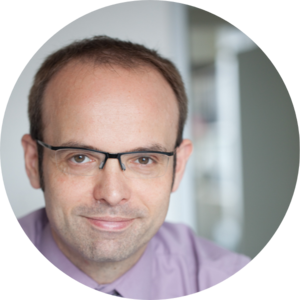 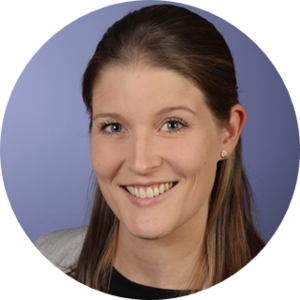 Lung cancer mortality largely results from metastasis. Despite curative surgery many patients with early stage non-small cell lung cancer ultimately succumb to metastatic relapse. Currently approved therapies for risk reduction of systemic relapse are limited to cytotoxic chemotherapy and radiation, which have evolved by translation from the metastatic setting 1–3. While targeted therapies are standard of care in subtypes of metastatic lung cancer with actionable driver mutations, no such molecularly targeted treatment is yet established to specifically prevent metastatic relapse in early stage lung cancer 4. Many steps are required to license tumor cells for survival and growth at distant sites, including local invasion, epithelial- mesenchymal transition (EMT), anchorage-independent survival, and adaptation to a foreign environment 5. Molecular dissection of the complexities of the metastatic process can provide the basis for new anti-metastatic therapeutic interventions. The identification of novel functionally relevant metastasis genes has been challenging due to the paucity of relevant preclinical models. Towards this end we have developed and validated an orthotopic murine lung cancer model, which faithfully reproduces the metastatic spread that is observed in lung cancer patients 6. Using this in vivo model we conducted an unbiased functional genomics screen in order to identify novel modulators of lung cancer metastasis. Briefly, a barcoded shRNA library targeting several thousand genes was expressed in EGFR-driven H1975 human lung adenocarcinoma cells and implanted into the lung parenchyma of immunocompromised mice. Luciferase-based in vivo imaging enabled monitoring of tumor growth and metastasis formation. Deep sequencing of barcoded shRNAs isolated from explanted primary tumors, metastases and the initial cell population allowed identification of shRNAs enriched or depleted in metastases. Here, we identified aryl hydrocarbon receptor (AHR) as suppressor of metastatic spread in EGFR-driven lung cancer.
In a validation experiment using this legit in vivo model of lung cancer metastasis fully recapitulating the sequential metastatic cascade, we demonstrate that shRNA-mediated suppression of AHR enables metastatic spread of endogenously non-metastatic lung cancer cells confirming our initial screening results. Importantly, re-analyses of publicly available RNA expression data from patient cohorts with early stage and locally advanced lung adenocarcinoma 7 revealed that time-to-first-progression and overall survival were significantly reduced in patients with tumors exhibiting low AHR expression.
AHR is a ligand-regulated transcription factor involved in numerous signaling pathways mediated by both endogenous and xenobiotic ligands 8. Intriguingly, AHR acts as sensor and regulator of the endogenous defense system against xenobiotic chemicals which are implied in lung cancer carcinogenesis and progression 9,10. Here, we show that AHR expression and its ligand-mediated activation inhibit metastatic programs and ultimately control metastatic progression in lung cancer models in vitro and in vivo. Mechanistically, AHR counteracts metastasis formation by repressing EMT programs including matrix metalloproteinase activity and regulation of metabolic stress responses involving ATF4 and ASNS. Furthermore, invasive capacity itself is controlled by AHR through regulation of TGF-ß signaling, which is de-repressed in AHR knockdown cells (see figure below). 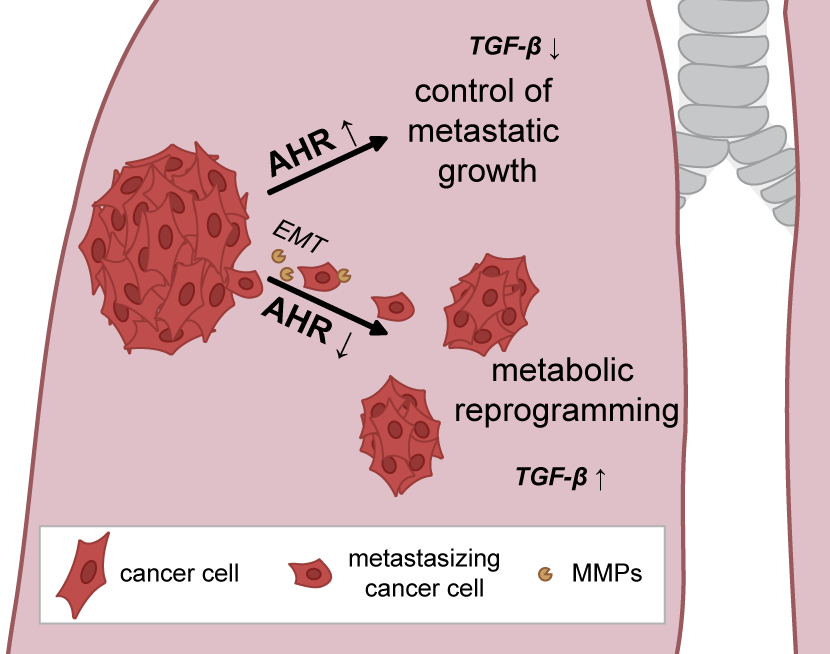