A community from npj Precision Oncology
Editor
News and Opinion, From the Editors

The transformative potential of CAR T cell therapies has truly been realised over the last five to ten years, with a number of high profile trials reaching completion and FDA approvals of CD19-targeted CAR T cells for large B cell lymphoma and acute lymphoblastic leukaemia in 2017. CAR T cell therapies have shown a remarkable ability to elicit responses where other treatments no longer do so, and this appears to be true in myeloma.

Multiple myeloma is characterised by the malignant proliferation of clonal plasma cells in the bone marrow and at other sites, resulting in end-organ damage signified by hypercalcaemia, renal failure, anaemia and osteolytic bone lesions. Around 176,000 new myeloma cases were diagnosed globally in 2020, with 117,000 deaths. Patients may be treated with pharmacological therapies (including alkylating agents, proteasome inhibitors, immunomodulatory agents, monoclonal antibodies and others), with or without autologous stem cell transplantation. Despite the various ways in which to combine and order these treatments, most patients inevitably relapse with drug-refractory disease.

Building on a previous phase I trial, Munshi et al. now report results from the pivotal phase II KarMMa trial in the New England Journal of Medicine. The open-label, single-arm, multi-centre study evaluated the safety and efficacy of idecabtagene vicleucel (ide-cel, or bb2121) – a CAR T cell therapy targeting B cell maturation antigen (BCMA) on the surface of plasma cells – in heavily pretreated relapsed and refractory multiple myeloma. The primary endpoint was overall response rate, defined as the proportion of participants with a partial response or better.

One hundred and twenty-eight patients – with a median age of 61 and having received a median of six prior treatment regimens – were lymphodepleted and infused with one of three target doses of ide-cel. At a median follow-up of 13.3 months, a striking 73% of patients responded to the CAR T cells. Fifty-two percent of patients had a very good partial response or better and a third of patients had a complete response or stringent complete response, the latter defined as complete response plus normal serum free light chain ratio and absence of clonal plasma cells. Twenty-six percent of patients treated had no detectable disease following treatment. A greater depth of response was obtained at the highest dose of cells used.

One caveat of CAR T cell therapies is the accompanying toxicity, which can be serious. In the KarMMa trial, adverse events occurred in all patients with most either grade 3 (severe) or 4 (life-threatening). These included haematologic toxicity, bleeding, infections, neurotoxicity, and cytokine release syndrome, a common complication of this kind of therapy.

Another caveat is that not every patient responds to CAR T cell therapy and, of those that do respond, relapse is common. All patients who responded to ide-cel subsequently progressed. The median response duration was 10.7 months and median progression-free survival of patients on the trial was 8.8 months. Soluble BCMA – a marker of myeloma burden – decreased rapidly post-infusion in patients who responded to ide-cel, though later recovered with disease progression. So what mechanisms might underlie the development of resistance to anti-BCMA CAR T cells?

Antigen loss is a known mechanism through which tumours escape CAR T cell therapy. The KarMMa investigators note that 93% of patients had detectable tumour BCMA at the time of progression, suggesting loss of BCMA is not a common resistance mechanism to ide-cel. However, in Nature Medicine, Da Vià et al. provide a case report of a 71 year-old patient enrolled on the KarMMA trial who initially exhibited a very good partial response to ide-cel with undetectable residual disease but relapsed five months post-infusion and died two weeks later.

Da Vià and colleagues performed single-cell RNA sequencing of paired bone marrow samples at baseline and progression, finding that TNFRSF17 (encoding BCMA) was undetectable at progression. Whole-genome sequencing identified a number of genomic aberrations post-therapy, including homozygous deletion of TNFRSF17. While no deletion of TNFRSF17 was observed in pre-treatment samples from this patient, there was evidence of genome instability on chromosome 16p surrounding the TNFRSF17 locus. Separately, the authors identified either heterozygous TNFRSF17 loss or monosomy 16 in 37 out of 168 samples from additional myeloma patients. These data suggest that genome instability and clonal expansion of myeloma cells that no longer express the BCMA antigen may represent a resistance mechanism to anti-BCMA CAR T cells, at least in a subset of patients.

Several anti-BCMA therapies are currently in development, and although ide-cel causes significant toxicity and resistance can eventually emerge, its regulatory approval would provide an exciting first-in-class therapeutic option for this cancer in patients where other therapies are failing and prognosis is poor. An FDA review date has been set for 27th March 2021, so watch this space!

While you’re here, we’d like to let you know about the launch of Communications Medicine, a new selective open access journal from Nature Portfolio publishing high-quality research, reviews and commentary across all clinical, translational, and public health research fields. Primary research papers published by the journal represent significant advances in preventing, diagnosing, or treating human disease of relevance to a specialized field, and include all types of clinical studies from clinical trials and case reports to observational studies.

Back to Editor
Next 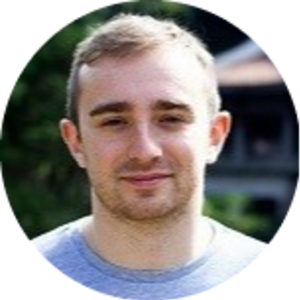 Ben studied for his BSc in Biomedical Sciences, MRes in Translational Medicine and PhD in Cancer Sciences at the University of Manchester, UK. His doctoral research was focused on the role of osteoblasts in prostate cancer bone metastasis. Ben was a Manuscript Editor on the BMC Series journals for six months in 2020 before joining Communications Medicine as one of its launch editors.
Follow

We are seeking two cancer research experts to join our cancer team; one role is for a permanent team member, the second role is for a locum - or a temporary position.