Menu
A community from npj Precision Oncology
Contributor
Behind the paper

In recent years, the use of biomacromolecules, such as proteins and nucleic acids, as therapeutic agents has become widely recognized as one of the most promising areas of drug development research [1]. The size and strong hydrophilic nature of protein- and nucleic acid-based therapeutics, however, has made it very challenging to effectively transport them across the cellular plasma membrane. To overcome this obstacle, various approaches have been developed for the intracellular delivery of proteins and nucleic acids, such as liposomes, electroporation and microinjection [2]. Although these methods offer several advantages for cargo transport, they possess several drawbacks that have restricted their use in a clinical setting; these include low efficiency for delivery in vivo, lack of tissue and cell specificity, poor bioavailability and extensive toxicity [2, 3]. As a result, researchers have sought to design more effective transport systems that overcome these aforementioned issues. This led to the discovery and development of cell-penetrating peptides (CPPs); a new class of delivery vectors that have the ability to efficiently traverse cell membranes, and have been found to be very effective in overcoming various bio-barriers at different tissue levels [4-6].

Studies investigating the delivery efficacy of CPPs have revealed that although they are very efficient in mediating the in vitro cell uptake of different cargo molecules into a variety of cell types without damaging the cell membrane, their main drawback for the in vivo use is their complete lack of cell specificity. Most CPPs will non-specifically interact with the membranes of a range of cell types due to the presence of heparan sulfate proteoglycans and other cell-surface components [8]. In light of this, alternative strategies have been developed in which chemotherapeutic drugs are conjugated to cancer targeting peptides (CTPs) that exploit the unique characteristics of the tumor microenvironment or cancer cells [9, 10].

Highly aggressive cancer cells are often characterized by elevated glycolytic rates, which serves as their primary energy-generating pathway, irrespective of oxygen availability. These elevated levels of glycolysis are due to the overexpression and increased activity of mitochondria-bound type II hexokinase (HKII), which plays an important role in tumor initiation and maintenance, as well as promotion of metastasis. In cancer cells, this enzyme is bound to the pore-like voltage-dependent anion channel (VDAC) located on the outer mitochondrial membrane, which facilitates the transport of ions and metabolites [11]. Interacting with VDAC occurs via the N-terminal 15-amino acid domain of HKII and allows the enzyme to access mitochondria-generated ATP. This is then used for phosphorylating glucose to glucose-6 phosphate, a vital metabolic precursor for the synthesis of biomolecules that are required for growth and proliferation. Additionally, binding of HKII to VDAC suppresses apoptosis in cancer cells by maintaining the integrity of the outer mitochondrial membrane and inhibiting the release of key apoptogenic molecules from the intermembrane space.

As a research group, we are interested in developing novel tumor-specific drug delivery nanoplatforms and CTPs. We previously designed a CTP composed of pHK, a peptide corresponding to the VDAC binding N-terminal 15-amino acid domain of HKII, and covalently attached it to a short penetrating-accelerating sequence (PAS) [11]. Since pHK is poorly cell permeable, the short PAS sequence was incorporated into the CTP design in order to enhance its cellular uptake and endosomal escape [12, 13]. Our findings revealed that attaching PAS to pHK resulted in up to 7-fold greater cellular uptake compared to pHK alone, and that pHK-PAS induced apoptosis in cancer cells by competitively dissociating the endogenous full-length HKII upon binding to mitochondria. Thus, pHK-PAS is indeed a novel CTP that could potentially be used as a therapeutic strategy in cancer.

The results of this study were very exciting and promising, but they made us wonder: Although pHK-PAS has potent anticancer properties on its own, what would happen once it is conjugated to a cell-impermeable cargo? Would it still be able to efficiently mediate the intracellular delivery of the coupled cargo? If it can, what would be the cytotoxic effects of the pHK-PAS-cargo conjugate in cancer and noncancerous cell lines? Luckily, through the dedicated work of our cancer team, we were able to answer these questions, which led us to publish our paper, Hexokinase II-derived Cell-Penetrating Peptide Mediates Delivery of MicroRNA Mimic for Cancer-Selective Cytotoxicity this month in Biochemistry. We found that PAS-pHK mediated efficient cellular uptake and cytosolic delivery of a synthetic mimic of miR-126, a tumor suppressor miRNA downregulated in many malignancies. Following uptake by breast cancer cells, the CPP–miRNA conjugate was distributed throughout the cytosol and showed strong colocalization with mitochondria, which ultimately led to apoptosis. Moreover, PAS-pHK–miR-126 was found to be non-toxic to noncancerous cells. 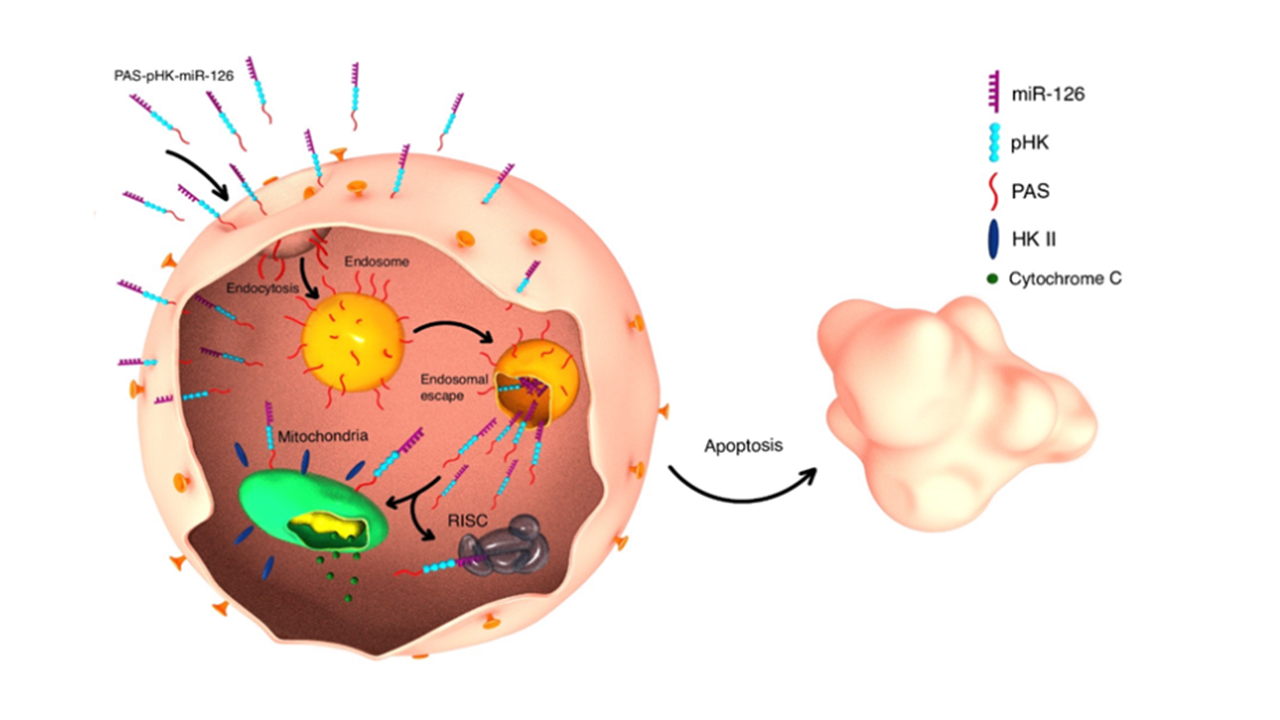 Together, our studies highlight the importance of targeting the unique characteristics of the tumor microenvironment or cancer cells and suggest using PAS-pHK as a cancer-selective therapeutic on its own or for the delivery of other therapeutics, including anticancer drugs. 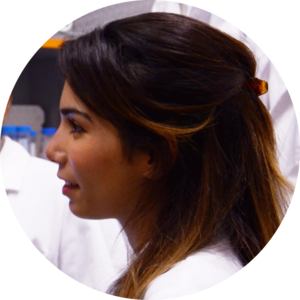