Kidney cancer is among the ten most common cancers with more than 400,000 new cases worldwide in 20181. Clear cell renal cell carcinoma (ccRCC) represents the most common subtype, almost always harbouring mutational or epigenetic inactivation of VHL that leads to the accumulation of HIF-1α and HIF-2α2. The crucial role of these two transcription factors has been controversially discussed throughout the past decade and it is generally thought that HIF-2α acts as an oncogene and HIF-1α as a tumour suppressor. We wanted to test this hypothesis using one of the first autochthonous mouse models3, that had been developed in our laboratory in Zurich, Switzerland.

The mice were fed with tamoxifen leading to Cre-mediated, renal-epithelium specific knockout of Vhl, p53 and Rb1 (VpR). The tumours that arose in these mice after a latency of five to twelve months mimic human ccRCC on a morphological, transcriptional and proteomic level. By adding Hif1a knockout into the VpR background and therefore deleting the proposed “tumour suppressor”, we thought to generate a more aggressive model. To our surprise the Hif1a-knockout completely abolished the tumour promoting effect of Vhl-loss, resulting in a significant decrease of tumour incidence, onset and growth rate. The introduction of a Hif2a knockout into the VpR-background had only moderate impact on tumour onset and growth rate. While the mouse experiments were still being completed in Zurich throughout 2017, our laboratory, including the precious FFPE and cryopreserved samples, moved to Freiburg in Germany. In order to maximise the characterisation of the molecular functions of HIF-1α and HIF-2α we established new fruitful collaborations with the bioinformatics (transcriptomics) and pathology (proteomics) department on-site as well as with laboratories in Heidelberg (high throughput IHC-stainings, automated quantification) and New York (transcriptomics of the tumor microenvironment). This approach allowed us to prove the role of HIF-1α in mediating the Warburg effect in ccRCC and revealed an important role of HIF-2α in modulating the tumour microenvironment. HIF-2α deficient tumours showed increased antigen presentation, interferon signalling and infiltration of activated effector T-cells.

In summary, our study identified a surprising oncogenic role of HIF-1α in ccRCC initiation, whereas deletion of HIF-2α caused only a moderate effect on tumor onset and growth rate but led to increased intratumoral immune-infiltration and activation. This work also shows that the time consuming generation and study of autochthonous mouse models can reveal biological insights into the evolution of ccRCC that cannot be assessed with more artificial systems like cell culture or xenograft models. 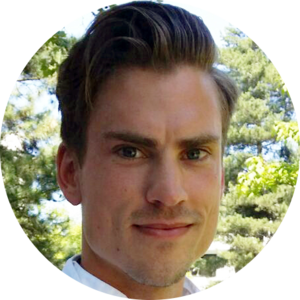