In the classic two-hit model, both alleles of a tumor suppressor gene need to be inactivated in order to promote cancer. Here, we challenge this by measuring tissue-specific genetic interactions, finding that many genes can be either one-hit or two-hit drivers depending on the genetic background.

The genes that cause cancer when they are mutated – called ‘cancer driver genes’ – can be classified as oncogenes or tumor suppressor genes depending upon whether their activation or inactivation contributes to cancer.  In our genome, we have two copies of every gene – one from each parent. Classically, a single mutation in an oncogene can be sufficient to increase tumor fitness, whereas inactivation of both copies of a tumor suppressor gene is often required, a concept originally called the ‘two-hit hypothesis’ 1,2.  However, we live in the ‘genomics’ era, where huge amounts of sequencing data from cancer patients have accumulated. With so much ‘big data’ available, many exceptional cases beyond the classical models are coming to light 3,4. For example, some oncogenes are dosage-sensitive, with amplification of a mutated copy further increasing tumor fitness 5-7 and some tumor suppressor genes are haploinsufficient, with inactivation of a single allele promoting cancer 3,8-10.

In our recent paper, we asked two simple questions: (1) how diverse are the interactions between somatic mutations and copy-number alterations within a single gene in different contexts, specifically in different types of cancer and in different genetic backgrounds, (2) why do the interactions within a gene change in different tumors and contexts. These questions started several years ago when I was conducting postdoctoral research in Ben Lehner's lab at the Centre for Genomic Regulation (CRG) in Barcelona and Fran Supek had just started his own lab at Institute for Research in Biomedicine (IRB) also in Barcelona, Spain. I had just finished work quantifying the interactions between genomic alterations in different cancer genes – how they cooperate or act redundantly and how this changes across tissues11 - and how interactions between inherited genetic variants and changes in copy number in tumors can be used to identify new cancer predisposition genes 12.  We wanted to combine these two approaches of quantifying how genetic changes interact between genes and in the same gene: does whether a change in copy number of a mutated cancer gene contributes to cancer depend upon the other cancer genes that are mutated in a tumor?  This would require quantifying ‘higher order’ interactions between mutations.  We would have to not only quantify whether what happens with two mutations is different from the sum of their individual effects but also whether what happens with three genomic alterations is more than their individual effects and pairwise interactions. So, this is a part of our long journey together to explore genetic interactions – how mutations interact - to improve our understanding of tumorigenesis.

With a total of 1,511 pairwise interactions tested for 40 genes, we identified 17 third-order interactions (FDR 10%) either positive (the presence of a mutation in a second gene increases the strength of the interaction of the mutations in the first gene) or negative (the presence of a mutation in a second gene decrease the strange of the interaction). Interestingly, most of the third-order interactions involve two genes from the same signaling pathway, including the PI3K pathway (breast and uterine cancer), RTK/RAS pathway (skin cancer), NRF2 pathway (lung squamous cell carcinoma), TBF-beta/SMAD4 pathway (colon and rectum), cell cycle pathway (low-grade glioma).  Thus, genes with third-order interactions are indeed enriched for shared molecular functions and pathways. We suggest a model where, in some pathways, single mutations in two different genes can sometimes have very similar consequences as two different mutations in just one of the genes.  The ‘second hit’ in a tumor is sometimes a second genetic alteration in the same gene and sometimes the first mutation in a different gene in the same control pathway. 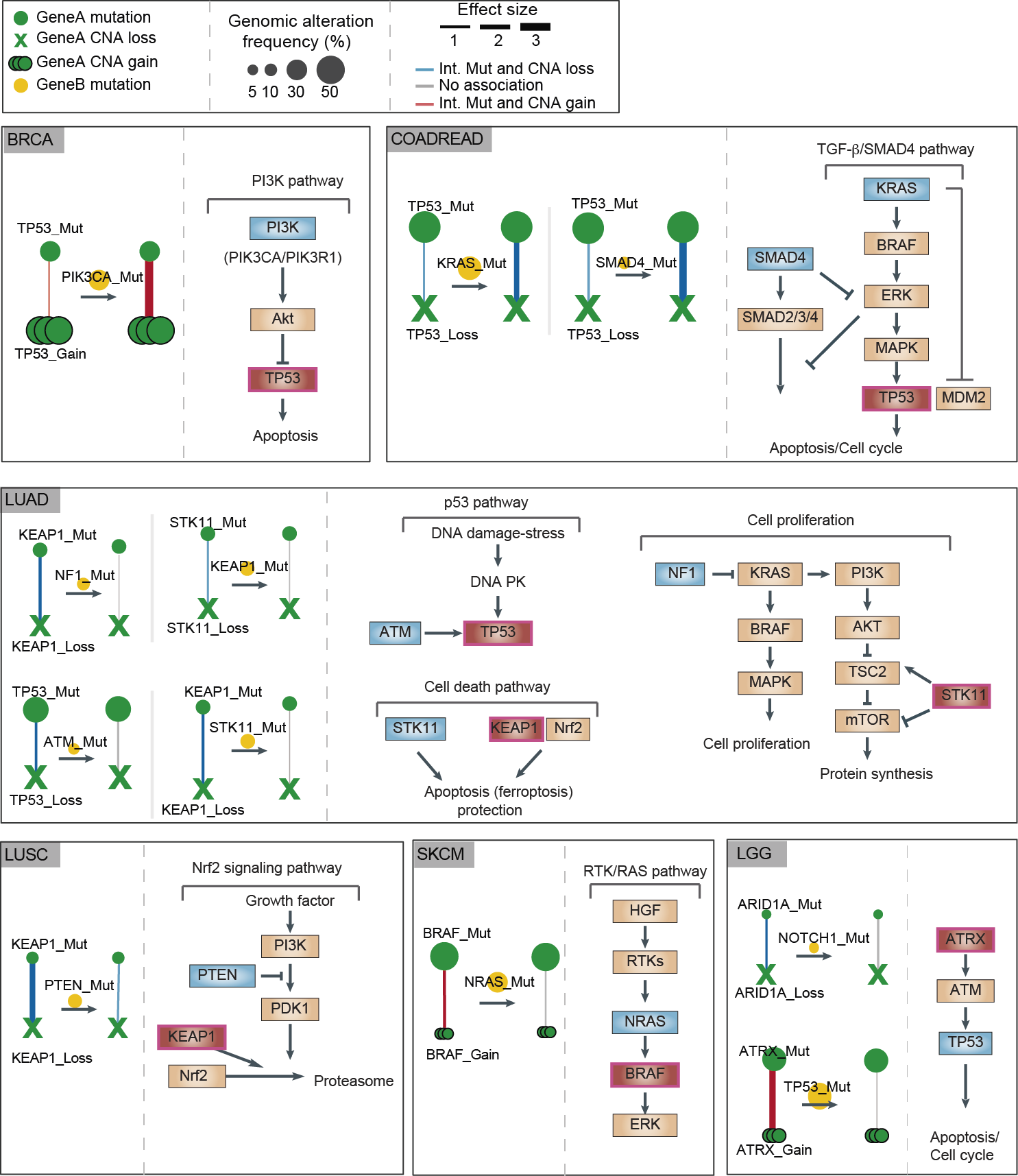 Fig2. Mutations that switch genes from two-hit to one-hit drivers in six cancer types. Changes in the strength of interaction between mutations and copy-number alterations in driver genes (‘gene A’) in the absence or presence of mutations in a second cancer gene (‘gene B’). A summary of the pathway in which the genes are involved is also shown.

Our study suggests that higher-order interactions are important for understanding cancer genetics: not only do the effects of individual mutations and their pairwise interactions need to be considered, but also what happens when three or more alterations are combined. Finally, we think that, although our results apply to human cancers, it is likely that the principles about genetic architecture will also apply to other diseases and traits. In other words, in future work, systematic identification of higher-order genetic interactions may also help understand the molecular mechanisms that cause other human diseases.

On a personal note, working on this project during the pandemic period as an early-career researcher taking my first steps to independence and also as a mother with a young child was quite a challenging task. I needed to manage my time efficiently by splitting my time as a supervisor of my students in the new group and also as a first-author of this study. However, it was a great joy to work continuously with my (former) colleagues and count on their support by sharing all scientific and also personal concerns regularly even through remote meetings between Barcelona and Madrid. I look forward to collaborating with Fran and Ben on many future projects for a better understanding of cancer fitness landscapes. 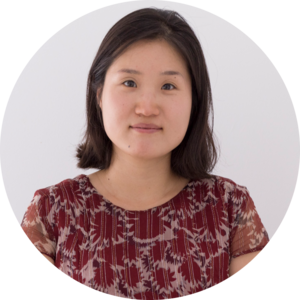