The diagnosis and treatment of triple negative breast cancer (TNBC) still relies on age old assessments (ER, PR and HER2), despite the advancement of whole genome sequencing (WGS) to identify mutational signatures that have the capability to transform diagnosis and treatment.  As demonstrated in BRCA1/2 germline patients, tumours with defects in homologous recombination (HR), are sensitive to PARP inhibitors and there is mounting evidence that a cohort of TNBC may benefit from the same treatment course1–6. In this era of translational medicine, clinical research is characterised by collaborations, all looking to bring the science closer to the bedside enhancing the patient cancer pathway. We designed a phase 2 translational clinical trial to assess efficacy of the PARP inhibitor rucaparib in early treatment naïve TNBC but with exciting options for exploratory science to explore methods of detecting HR deficiency and biomarkers of response.

We used targeted and whole genome sequencing to detect underlying mutations of BRCA1/2, PALB2 genes, and gene promoter hypermethylation of BRCA1 and RAD51C in TNBC. In collaboration with Serena Nik-Zainal’s lab at The Sanger Institute and Cambridge University, we used the HRDetect assay7, an aggregate of mutational signatures and chromosomal instabilities, to identify HR deficiency. To confirm whether HRDetect had functional implications for tumours, identifying them as susceptible to PARP inhibition, we developed a novel RAD51 immunohistochemistry assay, and found a striking correlation confirming HRDetect identifies cancers with a functional HR defect.

In the current clinical environment, a tissue biopsy is the gold standard to obtain information on a tumour and to guide treatment. However, it can cause pain and discomfort and is resource intensive. Furthermore, Gerlinger et al published a pivotal study detailing intratumour heterogeneity and the underrepresentation of an entire tumour by a single biopsy, challenging the convention of how we monitor cancer response and identify biomarkers8. Circulating tumour DNA (ctDNA), a non-invasive tumour biomarker, is released by tumour sites into the blood and offers a more complete assessment of the patient’s disease, and allows for serial sampling throughout the course of treatment9,10. Early changes in ctDNA dynamics represents an early biomarker of drug activity11–13. In the RIO trial we identified somatic mutations and designed personalised digital PCR assays for each patient to track changes in ctDNA before and after treatment. There was a substantial proportion of patients who suppressed ctDNA after treatment with rucaparib, enriched with HR deficient tumours, assessed by lack of RAD51 foci formation, high HRDetect scores and associated genetic aberrations.

Despite low recruitment into the study and concerns with tissue biopsies we were still able to extract important conclusions with a translational impact for future research. This work has confirmed that identification of the HR deficient cohort of TNBCs is vital, and HRDetect can be instrumental in this process, although will need further clinical validation. Once more ctDNA has been shown to have significant potential to track response to therapy and offers significant potential for tracking early disease. With inclusion and validation in future clinical trials, ctDNA has the potential to change the clinical paradigm of cancer monitoring. Going forward we anticipate this trial will be used as a proof-of-concept to design clinical trials with stratification of HR deficient TNBC and subsequent targeted treatment. 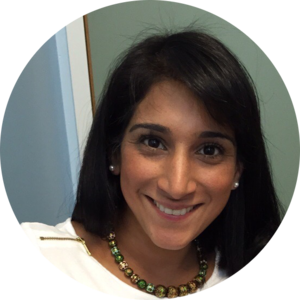