Hematopoietic differentiation is a tightly controlled program. Here, we show that the interplay between miR-342 and its host gene EVL balances hematopoietic lineage output. This provides the blood system with a post-transcriptional mechanism to stabilize and quickly re-adjust lineage determination.

Some years ago, we aimed at identifying novel regulators of bona fide repopulating long-term hematopoietic stem cells (HSCs) by comprehensively mapping the integrome of a cohort of 10 gene therapy patients treated for correction of Wiskott-Aldrich Syndrome using a gamma-retroviral (γRV) based therapeutic vector (1). Others and we (1-4) could show that γRV integrate into open and active chromatin regions. We took advantage of the γRV specific integration site profile, which is selective for promoter and enhancer regions and used the distinct junction between vector and host cell DNA as a cellular tag pointing towards active genes in HSCs.  By combining the IS of γRV and comprehensive “omics-data”, we were able to provide a genome wide resource to study enhancer architecture and to identify new regulatory genes (4).

Using this approach, we identified more than 3000 gene-regulatory regions in human long-term HSCs. Interestingly, the EVL/MIR342 locus jumped out of the list of top candidates marked in all nine efficiently engrafted patients. The impact of neither EVL nor miR-342 has been investigated in hematopoietic stem cells and we additionally focused on evaluating the interplay of these gene products. To address this, we applied overexpression models in hematopoietic primary stem and progenitor cells (LSK) both, in vitro as well as in serial bone marrow transplantation assays in vivo. We could show that EVL drives lymphoid lineage specification, whereas overexpression of miR-342 impacts myeloid differentiation. Interestingly, the overexpression of both genes simultaneously neutralized their distinct effect on lineage specification. Additional molecular analysis, like global gene expression profiling, high-throughput sequencing of AGO2-co-precipitated mRNAs, and dual luciferase assays revealed that miR-342 counteracts EVL driven lymphopoiesis by targeting specific members of lymphoid signaling pathways.

We next asked whether the overexpression of one of the genes is associated with a specific subtype in leukemia. Strikingly, we observed that EVL is highly expressed in lymphoid leukemia (re-analysis of the MILE study) (5) and that miR-342 is higher expressed in AML (smallRNA-seq of a small AML cohort grouped based on the mutation status of FLT3) (6) compared to healthy controls. Moreover, EVL expression is associated with mutated IGHV, whereas mir-342 expression correlates with mutations in RUNX1 (L-AML cohort, TCGA). This suggests that the EVL/MIR342 locus may play a role in leukemia. Future experiments could address the potential prognostic impact of this shared locus.

To sum up, we could show that the common gene locus EVL/MIR342 regulates distinct hematopoietic differentiation programs depending on the gene product expressed and that the balance between both, EVL and miR-342, determines hematopoietic cell fate decision. 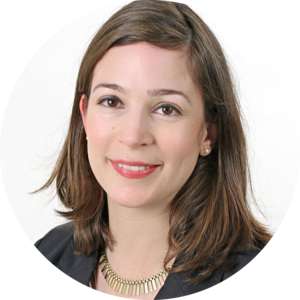