In relapsed/refractory HCL patients, recombinant immunoconjugates targeting CD22, BRAF inhibitors (BRAFi) or BCR inhibitors (BCRi) are possible alternatives. What is your favorite choice and in what order? Moxetumomab pasudotox was evaluated in 80 relapsed/refractory HCL patients. The CR rate was 41% with a durable CR rate of 30%. Among patients with CR, 85% were MRD negative. The treatment was safe, with 7.5% of patients experiencing hemolytic uremic syndrome and 5% capillary leak syndrome. BRAFi, in monotherapy or in combination are a possible option. High dose vemurafenib (960 mg twice daily) for 16 or 18 weeks was analyzed in two studies including 54 patients. The CR rate was 35% and 42%, respectively. After a median follow-up of 23 months, the median relapse-free survival (RFS) was 19 months for patients in CR versus 6 months for patients with partial response (PR). Low-dose vemurafenib (240-1920 mg/day) was assessed in 21 pretreated patients with a median duration of treatment of 90 days. In case of progression after discontinuing therapy, retreatment can induce a new response, suggesting the interest of an on/off therapy. Low-dose vemurafenib also was safely used in patients with an active infection. Forty-three patients were treated with dabrafenib and trametinib until disease progression: the CR rate was 49% and PFS and OS at 1 year were 98%. Thirty-one patients received high dose vemurafenib for 8 weeks with concomitant rituximab every 2 weeks followed by rituximab 4 times (every 2 weeks) after finishing vemurafenib. The ORR was 100%, with a CR in 96%. MRD was undetectable in 63%. After a median follow-up of 26 months, only 4 patients relapsed, all of whom had a positive MRD and 3 of whom had previously received BRAFi as monotherapy. Only 1/17 MRD-negative patients had a positive MRD at the end of follow-up and were still experiencing a CR at 40 months. The regimen was not myelosuppressive. BCRi are the last alternative. Twenty-eight patients received ibrutinib at 420 or 840 mg/day. Four patients achieved a CR, 9 patients a PR and 8 patients stable disease. No patient with the variant form of HCL achieved CR. The estimated 24-months PFS was 79%. Ibrutinib was well tolerated.

In refractory patients, the final objective is to achieve  undetectable MRD in young patients with moxetumomab pasudotox or vemurafenib with rituximab and in elderly patients a safe treatment using low dose vemurafenib. The discussion remains open. 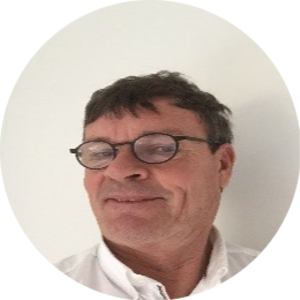