Understanding how the silencing of the pRB tumor suppressor gene changes the molecular working of cells, represents an important stepping stone for identifying targetable weaknesses in RB-deficient cancer cells. 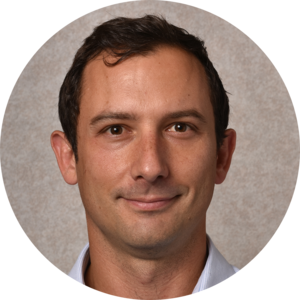 Loss of the Retinoblastoma 1 (RB1) tumor-suppressor gene occurs frequently in cancer, and has been linked to a number of cellular processes that contribute to tumorigenesis. A significant body of work from a plethora of model organisms and human cells has identified individual changes in metabolism, mitochondrial activity, DNA replication/damage, proliferation and apoptosis. However, key unanswered questions remain about the interconnectivity and timing of these events. Pioneering work from a number of groups had detailed the RNA, metabolic and proteomic changes of Rbf1-deficient Drosophila, Rb1-/- murine tissue and human cells. In this study, we focused on determining how the short term (6 days) depletion of pRB altered diploid human cells. We addressed three questions: how does pRB-silencing start the cellular reprogramming process? Can these changes also be seen in RB1-/- human tumors? Are any of these proteomic changes important for the survival of pRB-deficient cells? To answer these questions, we profiled how pRB-depletion altered the transcriptome, proteome and metabolome of non-tumorigenic RPE1 cells. This data then formed the foundation for integrated studies to determine the processes contributing to changes in pRB-depleted cells. To generate this data, we utilized two independent Doxycycline inducible short hairpin RNAs (shRNAs) to silence either pRB (RB25, RB26) or a non-specific luciferase-targeting negative control sequence (LUC), in the presence of Doxycycline. This approach enabled the use of non-Doxycycline treated cells as important negative controls, in addition to Doxycycline treated LUC cells.

To address cellular reprogramming driven by pRB-silencing, we used the Dox-inducible system detailed above to deplete pRB for 6 days in diploid human cells. Dox-treated and untreated cells were collected and used for RNA-sequencing (Transcriptome), Metabolic profiling (Mass Spectrometry) and Proteomic analysis (Tandem Mass Tag Mass Spectrometry (TMT-MS)). Consistent with previous work, we identified widespread transcriptional changes following pRB-depletion. Unsurprisingly, many of these genes were regulated by the E2F transcription factors, which are direct substrates of pRB. In contrast, many of the proteomic and metabolic changes were not correlated with RNA alterations, suggesting that pRB-silencing changes cells beyond just transcription. A clear link between changes in metabolite levels and the associated protein emerged, and our analysis identified widespread metabolic upregulation, particularly in nucleoside and nucleotide production. This data supports previous work that suggests the pRB-deficient cells have increased metabolic demands, presumably to sustain elevated growth rates and replication stress.

Data set analysis, showed that RNA changes were the most significant events in pRB-depleted cells, and although these correlated tightly with each other, the correlation between RNA and protein was modest. This observation has also been reported by others, and is likely due to a number of factors including post-transcriptional regulation, detection limits of proteomics and protein stability. In spite of these limitations, this data suggests that many E2F targets do not show equivalent RNA and protein alterations following pRB-depletion. To independently evaluate the changes in our multi-omics analysis, we used q-RT-PCR (RNA) and western blots (proteins) to test a subset of altered genes in pRB-depleted cells, and found our data to be highly reproducible.

To address whether changes in model RPE1 cells were reflective of changes in Rb1-/- mouse tissues and RB1-/- human tumors, we compared our results to published datasets. Despite differences in species, our profiles closely mirror RNA and proteomic profiles from murine studies. These similarities were much stronger in human tumor samples, and our analysis shows that many of the same genes and molecular processes are changed in pRB-depleted RPE1 cells, and RB1-/- tumors. Unsurprisingly, profiles from Retinoblastoma samples, were tightly correlated with those from RPE1 cells, suggesting the RPE1 cells are a good model for further studies.

This multi-omics study provides resource for understanding how pRB-depletion changes cells. From this data, we hypothesized that genes with upregulated protein levels may be important for supporting the growth and survival of pRB-deficient cells. To test this, we conducted a genetic screen using RNAi to evaluate the capacity of homologs of each of these proteins to regulate a Drosophila eye model. For this, we utilized an established GMR-E2f1 RNAi system that results in E2f1-mediated changes in eye morphology caused by changes in proliferation, apoptosis and differentiation. By screening over 300 homologs and associated controls, we identified 58 genes that when silenced specifically changed the GMR-E2f1 RNAi phenotype. Twenty-eight and thirty genes, were able to respectively, suppressor, or enhance, the GMR-E2f1 RNAi phenotype when silenced by RNAi. Depleting these genes in a control background did not alter normal physiology. Network analysis of these genes, implicate growth, and signaling pathways including TNF, EGFR and p53. We next tested how inhibiting the strongest hit from this analysis affected the growth of human RB1-/- cells, and found striking alterations in growth and survival.

In summary, our study reports alterations in the transcriptome, proteome and metabolome following the short-term depletion of pRB-depleted from diploid human cells. We find that even after only 6 days of pRB-silencing that a number of important cellular growth, metabolic and signaling events have changed and that these alterations are retained in RB1-/- tumor samples. Much more work is required to understand how these direct and indirect effects contribute to the features of pRB-deficiency, however this work starts to uncover how this process is begun and identifies potentially targetable weaknesses. 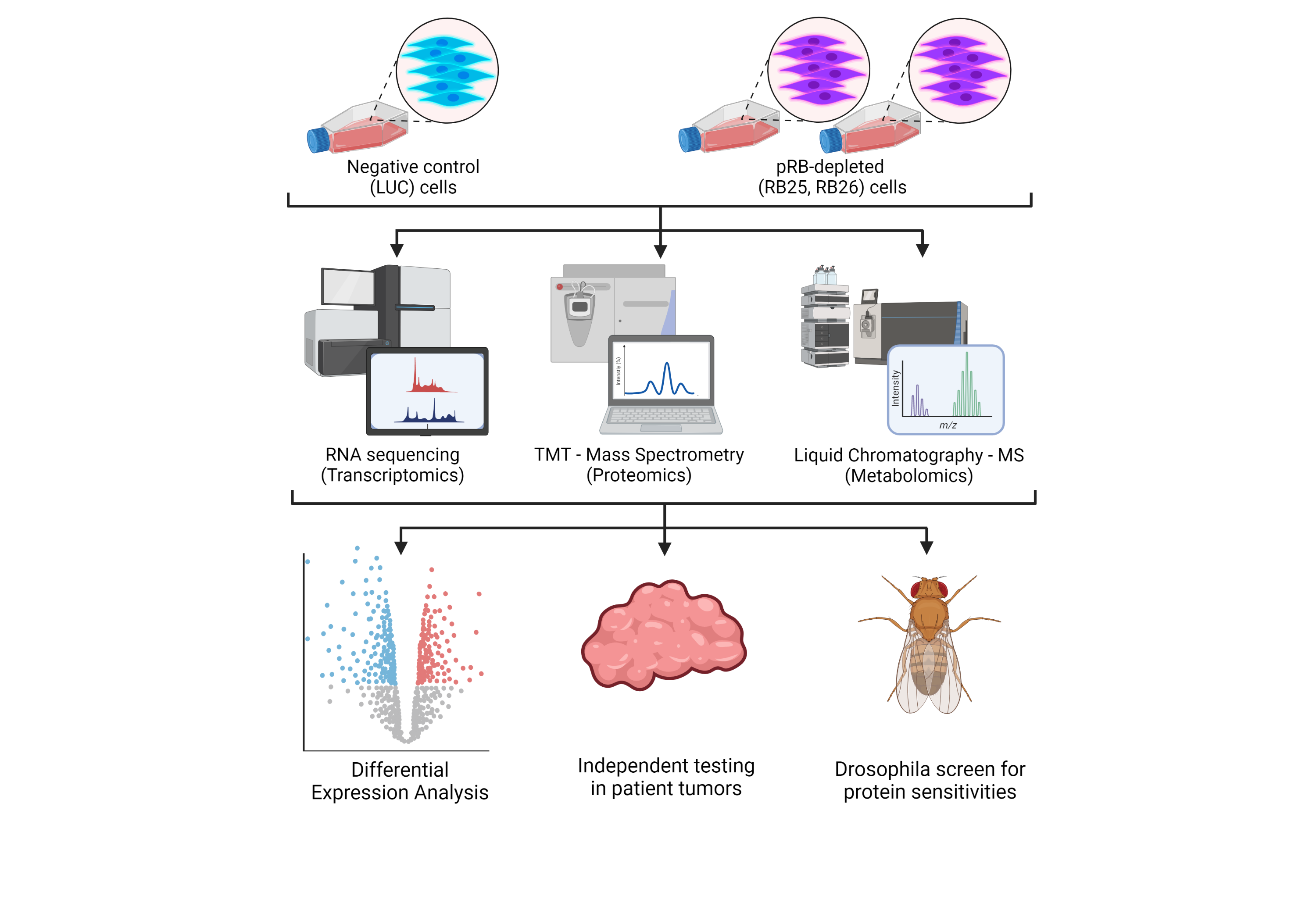