+1
Morten and 1 other View all
MD, PhD student, Rigshospitalet
Follow 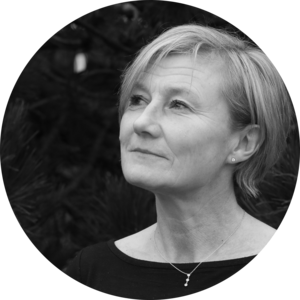 TET2 is  one of the most commonly mutated genes in myeloid malignancies and in the related conditions clonal hematopoiesis of indeterminate potential (CHIP) and clonal cytopenia of undetermined significance (CCUS). The gene encodes an epigenetic regulator that converts methylated cytosines to hydroxymethylcytosine, thus initiating demethylation of previously methylated CpG sites. It has long been known that TET2 mutations in acute myeloid leukemia (AML) and myelodysplastic syndromes are associated with altered levels of global methylcytosine and hydroxymethylcytosine, and we also know that TET2 mutations in mice and human cell lines confer hypermethylation at specific genomic sites, especially at enhancer regions.

The purpose of our study was to investigate whether the effects of TET2 mutations could be detected already in the premalignant conditions CHIP and CCUS. Together with our collaborators at the Danish Twin Registry, we combined already available DNA sequencing and methylation profiling datasets in a population of 309 healthy elderly Danish twins and looked for associations between TET2 mutations and DNA methylation changes.

Interestingly, we found a clear pattern of hypermethylation among individuals with TET2 mutations. This hypermethylation is not restricted to a specific genomic locus, but is dispersed across the genome. However, these hypermethylated sites still have certain features in common. They are predominantly located in regions that are active enhancers in monocytes and they are closely related with genes involved in a number of biological processes specific to the function of myeloid immune cells. Furthermore, the hypermethylated regions are enriched for the binding motifs of transcription factors from the ETS and C/EBP families.

We next turned our attention to two groups of CCUS patients and healthy controls and found that the same sites show a clear pattern of hypermethylation. Again, we found that the hypermethylated regions in CCUS are predominanlty monocyte enhancers, close to genes important for myeloid immune cell pathways, and enriched for the same transcription factor motifs.

In conclusion, our study shows that TET2 mutations are associated with DNA hypermethylation at monocyte enhancers already in the premalignant conditions CHIP and CCUS. This hypermethylation persists in overt AML, where many additional sites are also hypermethylated. Whether and how TET2-associated enhancer methylation is a co-driver of leukemogenesis is an interesting subject for futher investigation.