A total of 54% (n=80,759) of the Icelandic population 40 years and older signed up for a population-based MGUS screening study and subsequent randomized controlled trial. The study aims to provide dramatically improved outcomes in multiple myeloma by early detection and early treatment.

+1
Sigurdur Yngvi and 1 other View all
Professor, University of Iceland
Follow 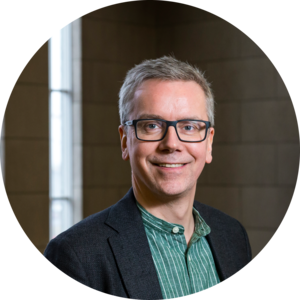 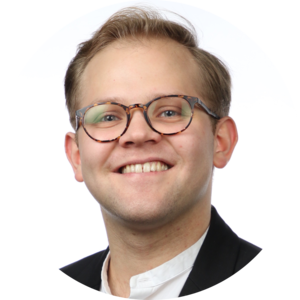 Multiple myeloma, or myeloma, is a cancer of the bone marrow. Recent drug discoveries have dramatically improved survival and targeted therapies are emerging. Myeloma develops over years, even decades from an asymptomatic precursor called monoclonal gammopathy of undetermined significance (MGUS). MGUS is asymptomatic but can be easily detected by a blood test. Recently, studies have indicated that myeloma can be delayed and possibly cured by initiating therapy in those with high-risk precursor disease. However, 94-97% of myeloma patients are not diagnosed at the precursor state, but only when symptomatic end-organ damage has already occurred. This raises the question whether we should start screening for myeloma precursor disease in the general population.

The Iceland Screens Treats or Prevents Multiple Myeloma study (iStopMM) is designed to answer this pressing question by evaluating the potential benefits and harms of screening. Everyone in Iceland born before 1976 were invited to participate and could provide their informed consent by mail or via a secure web portal. We then created a system linking study participants to nationwide medical laboratory systems. This way, when participants went in for a blood sample, for example to measure cholesterol, an extra sticker pops out of the system alerting the phlebotomist to take an extra vial for the study.

Those who have a positive test enter a randomized controlled trial with three arms. Arm 1 is not notified and continues like they were never screened while arms 2 and 3 are called into the study clinic for testing and follow-up of different intensity with arm 2 following current guidelines and arm 3 following a more intensive protocol. This study design is important since the precursor state is present in 4.2% of individuals over the age of 50. These individuals are asymptomatic and a vast majority of them will never develop myeloma or related disorders. That is why it is important to evaluate the harms of screening, especially the psychological harms of knowing that you have a pre-cancerous state. These psychological harms and other important factors are evaluated by questionnaires that are answered by all the participants regardless of screening outcome. 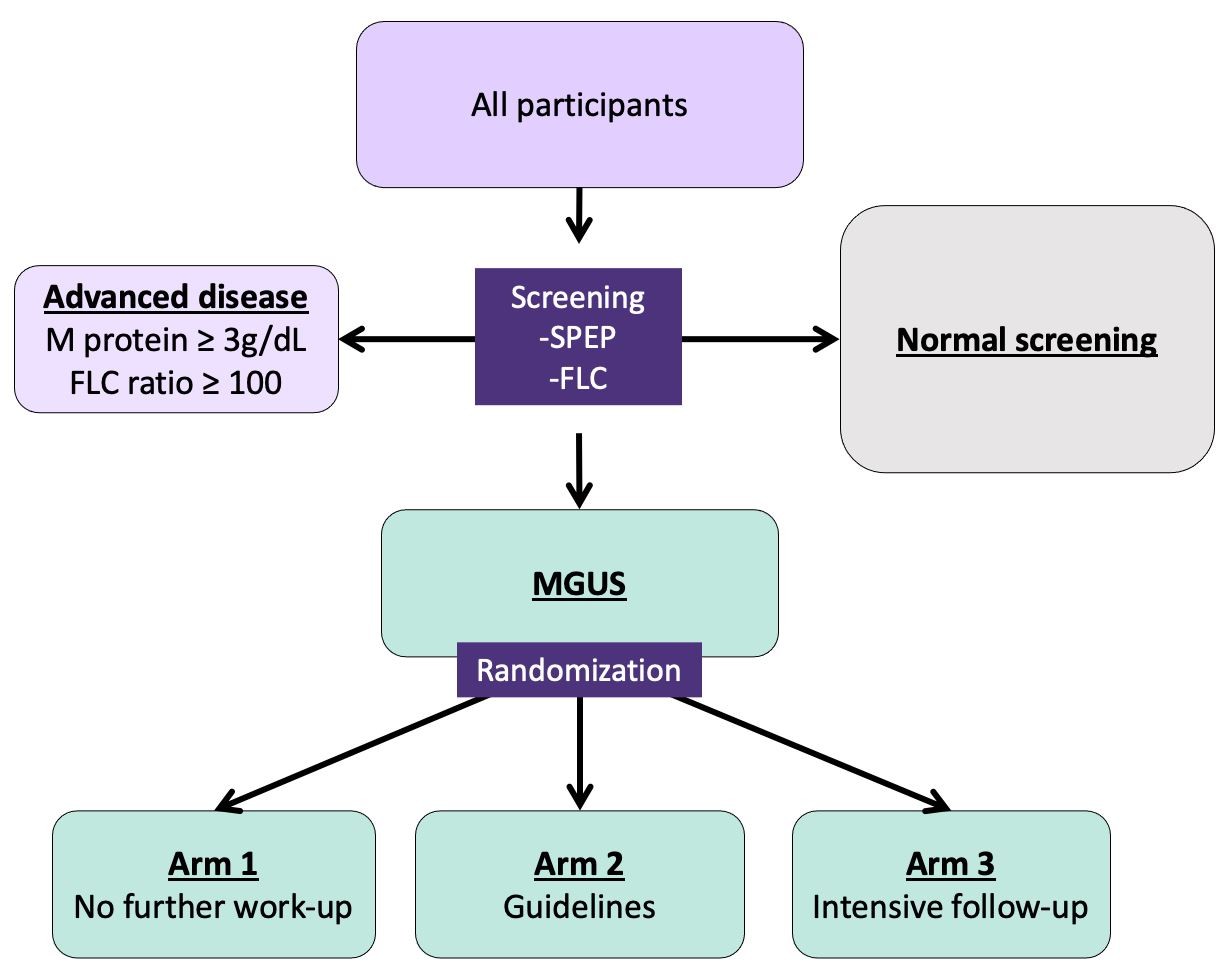 During follow-up, bone marrow, blood, and urine samples from participants will be collected into a large study biobank. This collection of samples will make it possible to look back and trace the molecular footprints of myeloma from precursor to active disease. These samples as well as the close follow-up in the study will make it possible to better predict which individuals with precursor disease actually develop myeloma and uncover the underlying molecular pathways leading to active disease.

We are happy to report that during the recruitment period, 80,579 Icelanders provided their informed consent for participation. This translates to 54.3% of the whole Iceland population is this age group and their demographic characteristics are similar to the underlying population. This means that the study has the power to complete its objective and that the study results will be generalizable to the whole underlying population and therefore to the wider world.

The iStopMM study is an ambitious study and includes population-based screening of more than half of a national population, a randomized controlled trial and close clinical follow-up, a large biobank, extensive questionnaires, and data linkage to multiple high-quality central databases in Iceland. The high participation rate in the study ensures that this study will answer whether screening is beneficial or not and will also serve as a basis to vastly increase our basic knowledge of myeloma and related disorders. If successful, the study will lead to a paradigm shift in the field of multiple myeloma to early diagnosis and treatment improving survival and quality of life for patients and families worldwide.