Identification of gastric cancer subtypes based on pathway clustering

Gastric cancer (GC) is one of the leading causes of cancer deaths in the world and particularly prevails in East Asia. Abundant evidence had shown that GC is highly heterogeneous. A classification of GC based on various different features may provide new insights into the heterogeneity in GC.

This study is interesting for several reasons. First, for the first time, we proposed a pathway-based classification method for GC. We demonstrated that this classification method was stable and reproducible using multiple datasets. Second, our classification method captures the comprehensive heterogeneity of GC in tumor immune and stromal microenvironment, DNA damage repair activity, genomic integrity, intratumor heterogeneity, profiles of somatic mutation, somatic copy number alteration, DNA methylation, and protein expression, response to chemotherapy and immunotherapy, and clinical outcomes. Third, we showed that the high TMB was not necessarily correlated with an active anti-tumor immune response in GC. Finally, the linear model IDOScore has potential clinical utility for predicting cancer prognosis and immunotherapy response.

The identification of new GC subtypes provides novel insights into tumor biology and has potential clinical implications for the management of GCs. 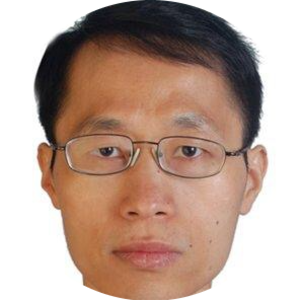 Dr. Xiaosheng Wang received his Ph.D. in Bioinformatics from Kyoto University, Japan in 2010, worked as a postdoctoral researcher at the National Institutes of Health (NIH/NCI) in the U.S. from 2010 to 2013, and worked at the University of Nebraska Medical Center (UNMC) in the U.S. from 2013 to 2015 as an instructor.  Currently, he is the director of the Biomedical Informatics Lab, School of Basic Medicine and Clinic Pharmacy, China Pharmaceutical University.  Dr. Wang’s main research interests include: the development of algorithms and databases for analysis of omics data; epidemiological and genomics studies of COVID-19; study of immuno-oncology based on cancer genomics data; discovery of predictive biomarkers for cancer immunotherapy response; systems and computational biology for elucidating the nature of oncogenesis; inference of molecular interaction networks relevant to specific diseases. He has published nearly 60 papers in SCI-indexed journals, including Journal for ImmunoTherapy of Cancer, Briefings in Bioinformatics, Nature Communications, Oncogene, npj Precision Oncology, Clinical and Translational Medicine, Science of The Total Environment, Computational and Structural Biotechnology Journal, Journal of Experimental & Clinical Cancer Research, EBioMedicine, Cellular Oncology, Frontiers in Immunology, Journal of Neuroinflammation, and Communications Biology.