+1
Korie Grayson and 1 other See all
Postdoctoral Research Fellow, University of Michigan
Follow 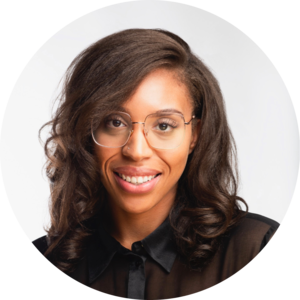 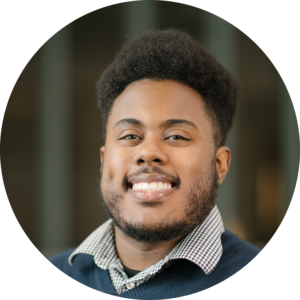 “It was 2008, two days before Valentine’s Day. The day’s meaning would be sorrowful as I got dressed in the middle of a school day to attend the funeral of my best friend’s mother. His mother died of Stage 4 breast cancer, after being in remission for only about a year before the fight restarted after the cancer spread. I was chosen to speak at the funeral, to give words of encouragement to her family about her love and joy that affected me and all of us nestled in the church that afternoon. This wasn’t my first time being affected by cancer through someone close to me. Church members, young and old, beginning or continuing their fight. This wouldn’t be my last interaction either, with my aunt being diagnosed with breast cancer the same year and a family friend enduring her battle with colorectal cancer 2 years later.”

“For a week straight, I would go to the Veterans Affairs hospital. Thankfully, the VA was across the street from my lab where I was doing my dissertation research on prostate cancer. I went to go visit my grandfather who was suffering from complications due to his Stage 4 prostate cancer. The first day I saw him he looked so pale and uncomfortable; he barely sounded like his usual upbeat self. I did not know all the details surrounding his hospital stay but I knew he had a blockage in his intestines that was making it extremely hard for him to even eat. Every day that I went to visit him, he got better and better. On the last day, he was back to his regular self and I could tell because he would start to fuss at the nursing staff and was way more conversational. The next day, he was finally released and approved to go home. Little did I know that that day, when he was the most jovial, would be the last day I would see him for the rest of my life. On May 12, 2018, my grandfather passed away. Five days later we laid him to rest. The next day, I went back to the lab sad, but more motivated than ever to finish my dissertation research and find another treatment option for African-American men who suffer disproportionately at the hands of prostate cancer.”

To say that this trend is common, with cancer invading and  infiltrating the lives of families, friends, and social circles, would be an understatement. Even more so amongst the Black community with the corresponding disparities: to be twice at risk to develop prostate cancer and to be 40% more likely to die from breast cancer.1 Though time has passed, and a number of relatives, friends, and loved ones have had their battles with cancer, we now ask the following question for ponderance:

How do we honor and immortalize those who have fought against this devastating disease?

The fight against cancer in the African-American community goes back far beyond our present day. Besides just disproportionately affecting this community of patients, the racial inequities and systemic issues seen in the research and healthcare system makes the fight that much harder. This is all encapsulated in the life story of Henrietta Lacks. During a discussion between the organizing committee about the setup of the days of #BlackinCancerWeek, we knew we wanted to celebrate “The Mother of Modern Medicine.” Her contribution, HeLa cells, which were stolen and propagated without her knowledge, led to groundbreaking discoveries in cancer, immunology, and infectious diseases.2 Her cells are even being used now to find a vaccine for COVID-19.3 And yet, almost 70 years have passed and HeLa cells are still being used in research while the Lacks Family has yet to be indemnified for this historical wrong.

The world was stunned when Chadwick Boseman, star of Black Panther (2018), passed away at 43 after a 4-year battle with colorectal cancer.4 Chadwick fought this cancer quietly while still acting in films such as “Marshall” (2017) and “Captain America: Civil War” (2016) where he debuted as Black Panther. His continued resilience and dedication to bringing us such iconic roles and characters is a true testament to his life. We will always celebrate him and the impact he had as we all still proudly claim “Wakanda Forever.”

We also honor the pioneering physicians and leaders that have been preeminent figures in the #BlackinCancer battle. Dr. William E. Allen Jr. left a legacy in the field of radiology shaping radiology and radiation therapy while becoming the first African-American in many leadership positions in various medical organizations.5 Dr. Jane C. Wright was a surgeon-scientist who broke race and gender barriers by revolutionizing cancer research using chemotherapy agents on tissue culture.6 Dr. Wright was the first African American woman to be named associate dean of a nationally recognized medical institution in 1967 and the highest ranking African American woman at a U.S. medical school. Dr. Helen Octavia Dickens was a surgeon, professor of obstetrics and gynecology, and former associate dean of medicine. She was the first African-American woman admitted to the American College of Surgeons.7 Dr. LaSalle D. Leffall Jr. was a surgeon and educator who was the first Black president of the American Cancer Society.8 He was a leader in promoting awareness, early diagnosis, and preventative measures for cancers that significantly affect the African-American community.

So on this day, we have decided to immortalize these heroes, and our individual heroes who have fought against cancer. We will be posting pictures and notes of those who have fought and still fight against this disease on Twitter throughout the day, using the hashtag #MyCancerHero. We will also be highlighting the historical Black cancer heroes who have paved the way for us to continue the fight on Twitter using the hashtag #MyCancerHero. To uphold Henrietta’s legacy in the perspective of community, research, and medical care, we will host a virtual panel from 1-2 PM EDT with representatives within each facet to continue the immortalization process. Lastly, on Instagram Live, from 6-7pm EDT, to close out the week, the organizers will be giving our reflections on #BlackinCancerWeek as an initiative and how we plan to continue the legacy.

Back to Black in cancer

Dr. Korie Grayson is a biomedical engineer and a diversity advocate in STEM. She is a proud alumna of the HBCU Norfolk State University, where she earned her BS in Chemistry (2012). Korie obtained her MS (2017) and PhD (2020) in Biomedical Engineering from Cornell University where she researched cellular delivery methods to treat late state prostate cancer. Currently, Korie is a postdoctoral research fellow at the University of Michigan in Chemical Engineering. Her research will focus on the evaluation of novel nano- and microparticles for therapy in neutrophilic, acute inflammatory disease and cancer. Korie is passionate about increasing the number of underrepresented minorities in STEM by illustrating that representation matters and is important.
Follow

Worry About Yourself. No, But Really.
Contributor
Black in cancer

+2
Wayne Lawrence and 2 others
If Not Us, Then Who? Cancer Education: For Us, by Us
Contributor
Black in cancer

If Not Us, Then Who? Cancer Education: For Us, by Us

+2
Chrystelle Vilfranc and 2 others
Cancer Doesn't See Color, but the Pipeline Does
Contributor
Black in cancer

Cancer Doesn't See Color, but the Pipeline Does

+3
Kilan C. Ashad-Bishop and 3 others
Nature Portfolio Cancer Community
We use cookies to help improve your experience. By continuing to browse our website you are consenting to our use of cookies.
Learn more