The unprecedented success of Immune Checkpoint Inhibitors (ICIs) for cancer patients has been extraordinary. However, not all cancer subtypes or patients have durable responses to ICIs so clearly further progress is needed. Our lab set out to screen for existing pharmaceuticals which enhance ICI efficacy by eliciting a synthetic lethal response in tumor cells1,2.

We felt there were 4 major challenges which needed to be solved to perform such a screen: 1) Since the screen needed to occur in the presence of an immune system we need to develop a method for drug screening in vivo; 2) There were over fifty thousand clinical trials testing pharmaceuticals in clinical trials so we needed a method which didn’t require testing each drug individually; 3) We wanted to limit the scope of drugs to those that were already used in humans so laboratory discoveries would more readily translate to the clinical realm; 4) Many publicly available syngeneic mouse models had fast growth kinetics which are unlike that of human tumors and may limit the therapeutic differential which can be observed in drug treatment studies.

IN VIVO SCREENING OF DRUG INHIBITION

The screening of pharmaceutical agents is quite common in vitro. But to investigate synthetic lethal events with immune modulatory drugs such as ICIs, screening needs to occur in the presence of a functional immune system. We chose to use a functional genomics approach, namely shRNA libraries, to knock-down gene activity, thereby simulating drug inhibition. In this manner, a library of lentiviral particles expressing a unique set of shRNA molecules could be transduced into a cell line, resulting in a pool of cells, each expressing a unique shRNA molecule. It was this pool of cells then that were inoculated into mice and allowed to establish. Randomized mice were then treated with either control antibody or ICI antibody. Tumors were later harvested from the two sets of mice and next generation sequencing performed to generate read counts of each shRNA construct. Those shRNAs found absent in ICI treated mouse tumors, but present in control treated mouse tumors, would represent cells which died as a result of inhibiting a gene target in the presence of ICIs. Thus, we were able to screen in vivo for gene targets that when inhibited, lead to death of cancer cells inside a tumor exposed to ICIs.

While functional genomic libraries could represent all current or past drugs tested in clinical trials, the screening of pharmaceuticals that were not readily available for preclinical studies would dramatically limit our ability to perform confirmation studies of functional genomic findings and future validation and extension of our studies by the scientific community. Thus, we informatically filtered a pharmaceutical dataset to a subset of pharmaceutical agents which were available for purchase from an easily accessible international supplier (e.g., Sigma-Aldrich catalog).

Our laboratory has been focused on bladder cancer. Current syngeneic bladder cancer models for immune competent mice share the characteristic of fast growth kinetics. This is particularly true for the two established and commonly used bladder cancer cells lines MBT-2 (C3H/He mice) and MB49 (C57BL6 mice). Thus, we set out to develop alternative models. Using the carcinogenic compound BBN, spontaneous tumors were generated in the bladder of BL6 mice and attempts made at culturing tumors in the lab. The literature suggests that such tumors exhibit many of the features of aggressive and often fatal human bladder cancer and thus, represent ideal models to study. One generated cell line, NA13, grew well in a dish and as a xenograft, and most importantly had slower growth kinetics than established lines. This cell line was also very amenable to transduction with lentiviral particles used to create libraries of cells expressing unique shRNA constructs. It was this NA13 cell line which dramatically increased the practicality and biological relevance of our screen. This NA13 cells line is an excellent C57BL6 xenograft model for the study of agents that enhance ICI effectiveness as it has moderate growth kinetics which prevent tumor ulcerations and responds to ICIs.

The in vivo screening illustrated that knockdown of DDR21 or CCR22 lead to synthetic lethality of cells in a tumor in the presence of ICIs. We next found that treating mice with ICI and either CCR2 antagonist RS504393 or Dasatinib to inhibit DDR2 resulted in synergistically enhancing ICI treatment in reducing mouse tumor volumes and metastatic occurrences. Current work is focusing on using functional genomics to assess genes which promote escape from ICI therapies. For example, NA13 tumors which grow out from mice treated with ICI likely express genes which drive mechanisms of escape from ICIs therapy. We hope that our already published approaches and this new approach will translate to greater efficacy of ICIs in patients. 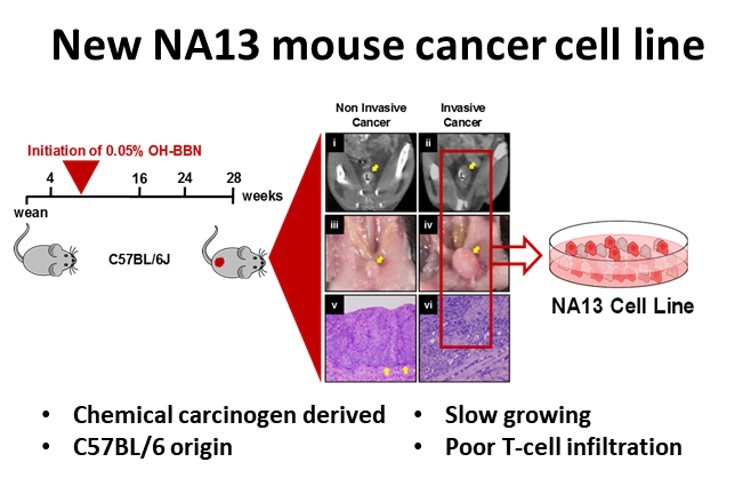