When I was a graduate student in Taiwan, there was an experimental procedure that I hated so much. It was called DNA banding for purifying circular DNA plasmids, which is probably not known for most students or postdocs nowadays. First, add the DNA extracted from bacteria to the cesium chloride solution containing ethidium bromide in a plastic tube. Second, heat seal the tube and spin it in the ultracentrifuge machine. Third, after spinning overnight, carefully move the tube onto the rack and illuminate it with UV light and identify the supercoiled DNA (at lower position as compared to linear and nicked circular DNA). Forth, use a needle syringe to punctuate the tube at the precise position to withdraw the desired DNA band.

This procedure takes a long time and requires sophisticated skills in every step- I often failed at the last step to withdraw the desired DNA band without disrupting others. That was so frustrating after working through several several days, starting from bacteria culturing. Moreover, the process can expose the experimenter to UV for a long time and produce lots of waste (especially ethidium bromide-containing cesium chloride solution). Students who were good at this procedure could produce a good amount of high-quality DNA for their experiments, allowing them to make good progress in the experiments and studies. Those who could not run it smoothly-like me- would get big troubles in moving forward her/his research career. It was a very painful experience in graduate school for me.

I managed to get my Master's Degree in two years anyway. Four years later, I went to Houston for my Ph.D. study. To my surprise, no one was doing DNA banding just for preparing plasmid DNA. The columns were widely used; the DNA of a range of size was adsorbed from the extract and then eluted. It’s easy and efficient; you can get purified plasmid DNA in a few hours. The purity and quality may not be as high as that of DNA banding method, but it is sufficient for routine operation like cell transaction. The DNA-purifying column has replaced DNA banding for DNA production almost completely.

The interesting thing here is that the working mechanisms of DNA banding and DNA-purifying columns are totally different. The former separates DNA by its density, the latter does so by the DNA interaction with the adsorbent. In a way, we can say that the material (DNA adsorbent) substitutes the G-force, a physical process. The concept of innovation by substitution is not uncommon in the history of technology. One of the best-known examples is the switching from vacuum tube to transistor. In this case, it is the material (semiconductor) to substitute electron emission, also a physical process. Another example is the sequencing method. In Sanger sequencing, the signals are separated by the size of synthesized DNA fragments. In next generation sequencing, the signals are captured by imaging. We can say that imaging substitutes DNA separation.

This concept, innovation by substitution, has more profound implication. Let's think about how solar power could replace fossil fuel. Solar power has much higher cost than fossil fuel, therefore it is very unlikely solar power can support our current life style. Even the electric vehicles are charged by electricity generated by fossil fuel, at best natural gas. However, if we can implement AI in cars, so it can self-drive and "talk" to each other, they would run by totally different manner. First, a lot of accidents can be prevented by automatic communication among cars. Since driving becomes much safer, cars can be made by lighter materials; therefore they can be driven by lower power motors. Such vehicles could be powered by solar panel. Moreover, when the driver gets off the car, the self-driving car can run to charge station to get charged by itself, increasing the mileage of running. This will be the substitution of energy with information.

Expanding the "substitution" concept can improve the efficiency of many processes without changing too much the way we work or even our life styles. In biological research, we have witnessed how data substituted many different types of studies. In fact, more and more, data analyses can generate hypotheses for the next clinical studies, without the need of preclinical animal studies. These are the trends that academic researchers need to pay attention to. For the future of human civilization, substitution of energy with information could be one of the choices we can afford.

The Dystopia Story (2): The Perfect Life

The Dystopia Story (1): The Counseling Office 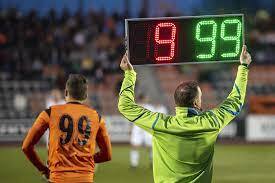