Advancing analytical technology now allows omics analyses to be performed on large numbers of biospecimens from prospective epidemiological studies. Such techniques allow us to look inside the "black box" of traditional epidemiology and gain new insight into chronic diseases, such as cancer, and their risk factors. We applied nuclear magnetic resonance-based untargeted metabolomics to a case-control study nested within the 100,000-strong French E3N prospective cohort of women to help understand how metabolism is disrupted prior to diagnosis of the disease and link this information to known risk factors. An intricate understanding of these risk factors is central to developing strategies for disease prevention.

Our study required close collaboration between analytical chemists, clinicians and epidemiologists. The E3N cohort collected blood samples from around a quarter of all participants at recruitment, and those of 791 participants who proceeded to develop the disease during follow-up were selected. Blood samples from cancer-free participants were matched 1:1 to cases on age, BMI, menopausal status and fasting status. Samples were transferred from the E3N biobank to the Institut des Sciences Analytiques for untargeted metabolomics by NMR, which measures the intensity of thousands of chemical shift regions in each sample. From these signals, 43 metabolites or biological factors were identified and quantified in each study participant, such as organic acids, amino acids, fatty acids, plasma proteins and glycoprotein N-acetylation, a metabolism reaction that is a surrogate measure of chronic inflammation.

Profiles of plasma samples, collected an average of 7.1 years before breast cancer diagnosis, were compared between cases and controls using both multivariate statistics and univariate risk models. In the whole set of study participants, borderline associations only were detected between circulating metabolites and breast cancer risk, after adjustment of p-values for multiple tests. However, much stronger associations were found in the subgroup of participants who were pre-menopausal at diagnosis. In particular, the amino acid histidine, glycoprotein N-acetylation and ethanol were associated with breast cancer risk. Conversely, no associations between metabolites and disease risk were found in the post-menopausal subgroup.

This is the first study to suggest that plasma metabolism is affected differently in early stage pre-menopausal and post-menopausal disease. This observation is biologically plausible, since changes in metabolism have previously been reported upon menopause and the accompanying fall in oestrogen levels. In addition, pre-menopausal cases were found to have higher concentrations of plasma ethanol than controls, indicating they were more likely to have consumed alcohol drinks in the hours preceding blood collection, despite an absence of any difference between the groups in reported alcohol intake. Even larger study sizes will be needed for future metabolomics studies of breast cancer since heterogeneity is likely according to factors such as menopausal status and hormonal receptor status, and biomarker data should be used more extensively to support self-reported measurements of alcohol intake. 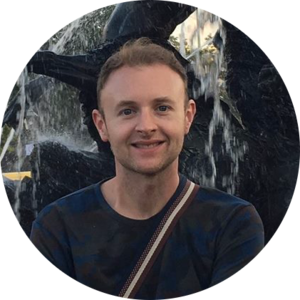