Is Copper a viable target in Breast Cancer metastasis?

Current therapies for TNBC include PARP inhibitors3, which can only be used in 10% of all TNBC patients with BRCA1 mutation4, 5. Although IMpassion131 trial had initially led to the approval of atezolizumab in combination with paclitaxel by FDA, it was  recently withdrawn due to a lack of progression-free survival superiority over standard therapies in PD-L1 positive patients6. Thus, there is an unmet clinical need of approved targeted therapies for TNBC patients.

Novel approaches to treat these patients have been the focus of breast cancer researchers. In our study, we sought to target the metastatic component of this disease, to make it more manageable, and prolong the survival of patients who fall under the high-risk of recurrence category.

Highly metastatic cancer subpopulation in TNBC was identified and labeled with GFP (green fluorescent protein) using a reversible lineage tracing system to track SOX2/OCT4+ cells, which constitute approximately 20-30% of the bulk cancer population and are mostly present at the leading, invasive edge of the bulk primary tumors7. In our present study8, these SOX2/OCT4+GFP+ cells were found to have upregulated oxygen consumption rate in mitochondria as compared to SOX2/OCT4- GFP- cells. Surprisingly, these cells also had higher intracellular copper content than GFP- cells, when analyzed by atomic absorption spectrometry. Copper is integral for the assembly of mitochondrial Complex IV or cytochrome c oxidase, involved in the process of oxidative phosphorylation9. Because of these findings, we wanted to see if targeting mitochondrial oxidative phosphorylation (OXPHOS) by lowering intracellular copper levels could be a potential therapeutic to reduce TNBC metastasis.

We used tetrathiomolybdate (TM), a copper chelator indicated in Wilson’s disease10, to reduce copper content in in vitro and in vivo TNBC models. We found that treatment with TM reduced both in vivo TNBC metastasis in an immunocompetent mouse model, as well as in vitro invasion in SOX2/OCT4+GFP+ cells. TM also altered proteomic landscape of these highly metastatic SOX2/OCT4+GFP+ cells by specifically reducing mitochondrial Complex IV subunits. Metabolite profiling of cells treated with TM reported a reduction in ATP (adenosine triphosphate) while increasing nucleotide precursor, AMP (adenosine monophosphate), levels. This was associated with activation of AMP-kinase (AMP-activated protein kinase), which is a central regulator of energy homeostasis in cells. Activation of AMP-kinase or AMPK led to inhibition of mTORC1 as well as  cancer invasion in vitro, thus, acting as a downstream mediator of invasion defects mediated by TM.

These findings have identified a mechanism for the efficacy of copper chelation therapy using TM in TNBC models. TM has been previously used in a single arm Phase II clinical study, where it was well-tolerated and led to progression-free survival benefits in high-risk breast cancer patients11. In this trial, for stage IV TNBC patients on TM, the event-free survival after 9.4 years is 59.3%, while historically the median event-free survival for these patients is less than 8 months8. TM is now being developed for a randomized phase II trial by this study’s co-senior author, Dr. Linda Vahdat. 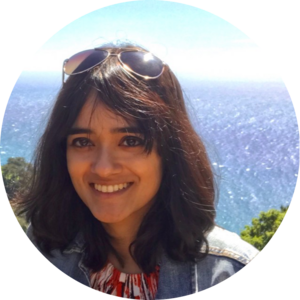