Mantle cell lymphoma (MCL) tends to disseminate into the gastrointestinal (GI) tract. In fact, many patients with MCL may have asymptomatic disease in the GI tract at the time of diagnosis.1,2  On the other hand, it is quite unusual to find MCL only in the GI tract, without disease involvement in the rest of the body, such as lymph nodes, liver, spleen, bone marrow, or other extranodal sites. Since the first introduction of the concept of mantle-zone lymphoma by Weisenburger et al in 1982,3 there have been only some case reports and small case series published on primary GI MCL.4,5

Our study on primary GI MCL suggests that for patients with primary GI MCL, less aggressive initial treatment may be reasonable, especially for those with a lower disease burden. Relapses, however, are expected for the majority of patients. We do not know whether more aggressive upfront therapy can lead to better outcomes. 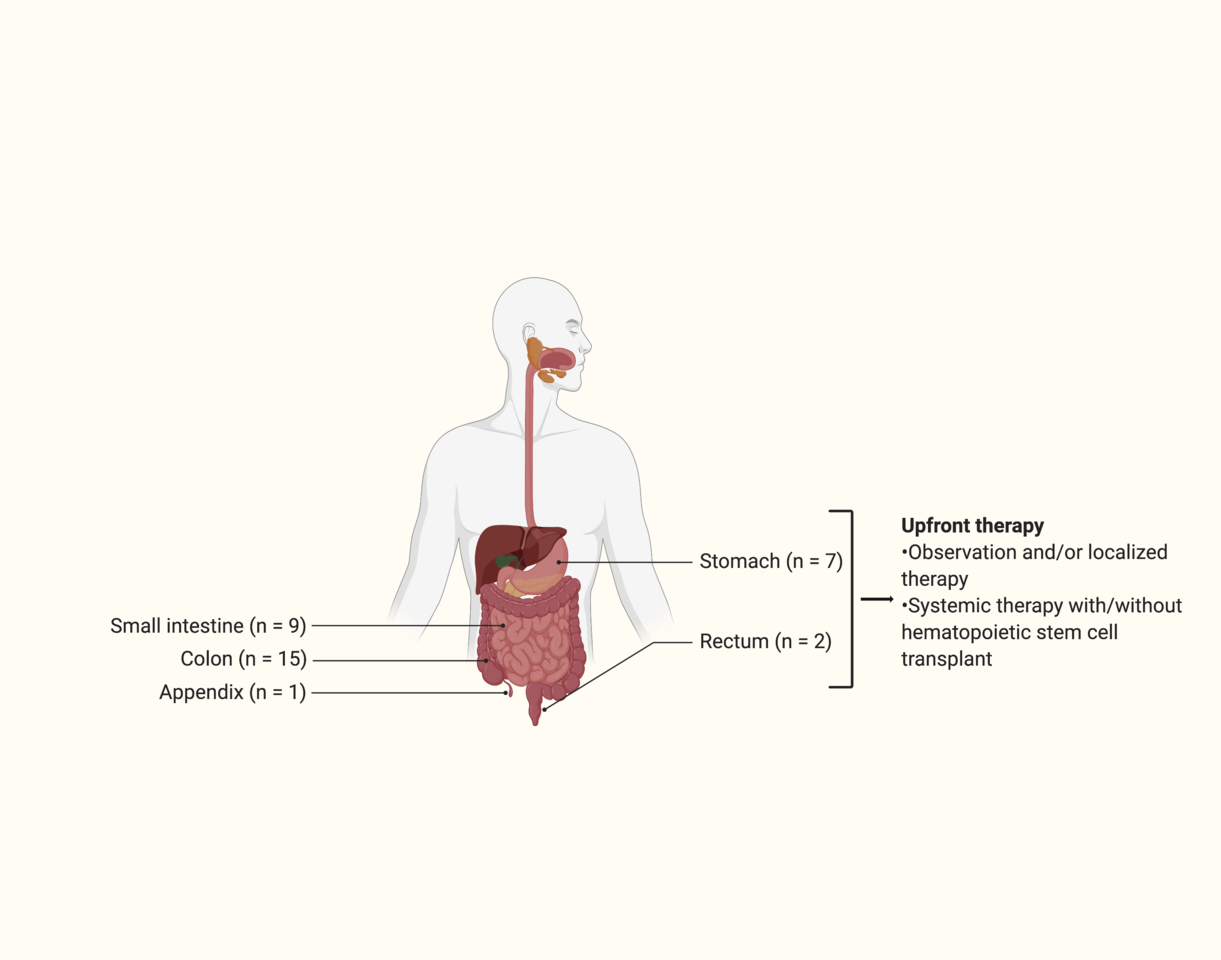