Liquid biopsies detect cancer biomarkers within circulating bodily fluids. We sample the aqueous humor found in the front of the eye to study genomic alterations in retinoblastoma.

The story of retinoblastoma (RB) and personalized medicine are inextricably linked. The genetic mechanism of RB was described in 1971 by Knudson’s “two hit hypothesis.” This discovery later led to the cloning of RB1, the first tumor suppressor gene, and since then has allowed for great strides to be made in cancer genetics. Today, it is not uncommon to target precise elements of tumor signaling pathways or even analyze an individual’s genomic profile for prediction or therapeutic selection. So then, it is rather ironic that the children with the disease that defined cancer genetics have not yet benefited from such precision therapies. Historically, this is due to the fact that a major obstacle to applying RB genetic and genomic markers is the contraindication to direct tumor biopsy. Thus, past studies have only used surgically removed eyes — at which point, the impact of precision medicine for ocular treatment or prognosis becomes a moot point.

To work around this challenge and study RB during ongoing treatment without direct biopsy or surgical removal, we must first go back several years. In 2012 and 2013, Munier et al. outlined new techniques that made performing intravitreal injections safer. These injections are done for eyes that have RB tumor seeding. As part of the updated protocol, Munier et al. included a safety step where a small amount (approximately 0.1 mL) of aqueous humor is removed from the front of the eye before injecting the chemotherapeutic agent. 1,2 The aspirated aqueous humor creates a low-pressure environment that prevents reflux of active vitreous cells when the chemotherapeutic drug is injected. Afterward, the aqueous humor is generally discarded. In 2017, we demonstrated that this aqueous humor waste product is actually a high-yield source of cell-free tumor DNA!3 Since then, our lab’s focus has been using the aqueous humor as an organ-specific liquid biopsy for RB. As 40% of patients have tumors in both eyes, an organ-specific approach is paramount to prognosis.

We are fortunate to be based out of Children’s Hospital Los Angeles (CHLA) where the Vision Center is a large international referral base for patients with RB. Additionally, the Retinoblastoma Program is dedicated to advancing patient treatment and research initiatives for this rare cancer. This, combined with the core facilities of The Saban Research Institute and the USC Convergent Science Institute in Cancer, has provided immense support to achieve our research goals. Today, we have a collection protocol that permits aqueous humor samples to be obtained at diagnosis and longitudinally throughout therapy. To date, we have analyzed and stored over 200 aqueous humor samples. As our projects have continued to grow, we are also thankful to have the expertise of those at the Center for Personalized Medicine at CHLA to assist us.

From our initial publication, we quickly began to investigate potential prognostic biomarkers via the aqueous humor liquid biopsy. In 2020, Polski and Xu published a 2-year follow up study that included a total of 46 patients, 50 eyes, and 111 aqueous humor samples, to show that certain somatic copy-number alterations — in particular, 6p chromosomal gain ­— are significantly associated with increased risk of treatment failure requiring surgical removal of the eye (enucleation)4. During the process, patients with bilateral RB (meaning tumors in both eyes) were enrolled in the study and we noted that there were two distinct genomic profiles when comparing the right and left eyes. The concept is not completely unheard of; after all, Knudson told us there must be two hits to inactivate the RB1 tumor suppressor gene. In this case, the first hit was a germline mutation that affected all cells in the patient’s body and the second hit was a different somatic event (which is often loss of heterozygosity) that knocked out the remaining normal allele in each eye. After the loss of functional RB1, separate and distinct genomic events accumulated in the tumors. The result: unique RB tumors in the right and left eyes and that responded differently to therapy. What makes our bilateral patient so interesting, however, is the fact that samples were taken while the patient was being actively treated. Given the previously mentioned limitations to direct biopsy, it is quite exciting to have genomic profiles representing the RB tumor’s molecular status during therapy. Without giving too much away, we were able to use the aqueous humor liquid biopsy platform to characterize the second somatic RB1 mutation and the different somatic copy-number alterations in each eye and show the multiple ways in which the right and left eyes of one patient differed. Most exciting of all is that the different responses to therapy between the eyes could be predicted using the genomic biomarkers we have identified previously. Additionally, we present you with tumor fraction data for each eye — another biomarker — to show how longitudinal changes in cell-free tumor DNA of each eye corresponds to therapeutic response.

Retinoblastoma is a rare eye cancer that occurs in children and toddlers. In approximately 40% of cases, both eyes are affected. For these children, each eye is given individual attention and considered separately due to differences at the molecular level. These genomic differences are still being uncovered and currently, there are no commercially available diagnostic or prognostic tests used in the evaluation of eyes with RB. However, as we come closer to being able to determine the specific profile of each eye’s tumor perhaps we will be able to develop more precise and tailored treatments for these children. 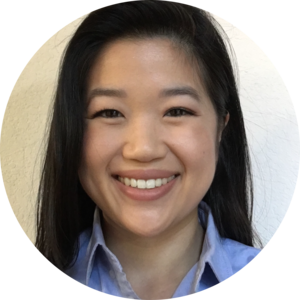