Biologists notoriously love to create funny names or acronyms and play with puns, and abuse them, in their writings and scientific papers. I have made a few by myself: “glowing head” mice, “Making a mouse out of a molehill”, etc. However, only a few of these names/acronyms/puns are more frequently used in other papers after their publications (e.g. GEM [genetically engineered mice], SKY [Spectral karyotype])- and most of them are about technologies or experimental materials. If you want your brainchild to definitely remain in the history of biological research, the best approach is to make it a gene or species name.

As you can imagine, a lot of biologists have tried that. It has almost become a tradition since the early years of modern genetics, when there was no regulation for the gene nomenclature. At that time, genes were identified by associating mutations with inherited distribution. It was much easier to do so in short-lifespan species whose mutations could cause more significant morphological change. Fruit flies were an advantageous choice. Geneticists can introduce mutations into these tiny bugs on a massive scale in a very short time, generating every kind of weird outlook. The famous story is that Muller induced mutation in fruit flies by X-ray irradiation. He loudly counted the number of mutants in a day, and found more than the total number his mentor Morgan did in twenty years. Geneticists never run out of creativity to name the genes that caused these colorful phenotypes. There are "Tinman", whose mutation causes the lack of heart; INDY (I'm not dead yet), whose mutation prolongs the lifespan of the fly; and Ken and Barbie, whose mutations cause the lack of external genitalia [1].

The next species that met the two criteria for the genetics model was zebrafish. Geneticists also had lots of fun picking the name for the genes they identified in these tiny fish. There was Casanova, whose mutation resulted in the development of two hearts; Dracula, whose mutation made the fish sensitive to light and eventually die; Spock, whose mutations caused development of pear-shaped ears. When the time of gene discovery came to mice, many identified genes were found to be orthologs of the firefly or zebrafish genes, and the names would be “transferred” to mouse counterparts.

Fast forward to the late twentieth century. The regulatory system of gene nomenclature has been built. A committee will review the gene name suggested by the discoverer. It should consider not only the phenotype caused by the gene, but also its relation with other genes. Genes of the same family will most likely receive names of a series. For example, interferon alpha, beta and gamma, or Hras, Kras, and Nras (“ras” stands for “rat sarcoma virus”; and K, H, and N for Kirsten and Harvey, respectively, after their discoverers Jennifer Harvey and Werner Kirsten. “N” is for the human neuroblastoma cell line, where Nras was identified). The chance of giving a gene funny names decreases rapidly.

Occasionally, the pun was recognized retrospectively. For example, “NEMO” stands for “NF-κB Essential MOdulator”, which was identified and named in 1998 [2]. It is the binding partner of IKKα/IKK𝛃 for their activation. The name was a cute idea borrowed from the nickname of Geronimo, a Spanish/Italian male name; it also means “nobody” in Latin. In 2003, Disney released the animation, “Finding Nemo”. Suddenly, Nemo became a household name and very popular among children. The gene name Nemo could stay to let people associate it with the cartoon clown fish. Unfortunately, later the Human Genome Organization (HUGO) Gene Nomenclature Committee (HUGN) renamed it to IKBKG, kinase regulatory subunit gamma, in line with its two other binding partners. This is a reasonable decision that appropriately associates the name with the function. However, the committee ripped away one of the few privileges granted to biologists!

HUGN could not stop biologists’ enthusiasm- or their desire to have a little fun- in giving genes funny names. For Gen-X biologists, animation and video games became part of daily life, and the influence could show up anytime. In 1980, geneticists Christiane Nüsslein-Volhard and Eric Wieschaus found that mutation of a gene caused the embryos of fruit flies to be covered with small pointy projections resembling the spikes of a hedgehog. The gene was named, for sure, hedgehog (hh). The two geneticists, together with Edward B. Lewis, received the Nobel Prize, partly because of this discovery. Years later, three groups collaborated to search for the mammalian homologs of hh gene. Luckily three were identified, so the collaborators formed an agreement, each group could name one gene with real hedgehog species. Two were named desert hedgehog (dhh) and Indian hedgehog (ihh). Robert Riddle, a postdoc in Tabin's lab, was the first author of the study that identified the third hh gene. His wife Betsy Wilder came home with a magazine containing an advert for the game Sonic the Hedgehog. The name reminded him of his favorite band, Sonic Youth, and who would not like the little blue runner? He suggested it to Tabin. Although the other two groups thought that sonic hedgehog was not the real species, kind of violating the agreement, they accepted it anyway [3]. Robert found that the name was delightful for many people, including Nüsslein-Volhard. The journalist, however, wanted to make it a story that a young biologist challenged the establishment by picking an exotic name for his discovery, reporting that Sonic hedgehog was a “detested” name for a few scientists, when it was published in 1994  [4]. Some thought the full name would be gone and only “shh” would remain. Strangely, among the three hedgehog genes, Sonic hedgehog has the widest tissue expression spectrum and has been more studied since, as the name stays.

In 1994, the owner of Sonic Hedgehog, SEGA, either was not aware of the gene name saga, or did not care. More than a decade later, things changed a lot. In 2005, Pier Paolo Pandolfi’s group identified a gene of a transcription repressor. He named it “Pokemon”, which stood for POK erythroid myeloid ontogenic gene. Pandolfi and his colleagues described the gene's function in the development of human cancer in their publication. News media and the internet were unable to resist using the title ‘Pokemon causes cancer’ in the headline. That irritated Pokemon USA, which threatened to sue if the name was not dropped. A spokeswoman of the company said, “We don't want our image undermined by associating Pokémon with cancer.”  Pandolfi argued, “The name and the gene have nothing to do with the cartoon.”, though it was a very obvious backronym. His associated institute, The Memorial Sloan-Kettering Cancer complied, renaming the gene to Zbtb7, following the HGNC-recognized (and boring) moniker [5].

Since that time, biologists have been more cautious on the nomenclature, but that doesn’t mean they stop trying to have fun. In 2007, Dr. Kent Hunter and his postdoc, Nigel Crawford, identified a candidate metastasis promoting mouse gene, 2600005C20Rik, from their PyT mouse model of breast cancer. It was one of the cDNAs identified from the RIKEN project (RIKEN is the Japanese abbreviation of Institute of Physical and Chemical Research, meaning Science (RI) Research (KEN). It’s the most prestigious scientific research institute in Japan), so a number was assigned to it instead of a name. Therefore, those who characterize it are supposed to have the right to name it. Kent named it “Anakin”, because “a good gene gone bad”, for the metastasis-promoting function of this otherwise normal gene [6]. The new name of that gene was first revealed in the poster for the 11th International Congress of the Metastasis Research Society at Tokushima, Japan, in 2007, which was later published in the proceedings of the conference. When Kent and Nigel were publishing the full paper, they had to submit the gene sequence and its name to HGCN for approval. It got shot back. The gene was officially named as Rrp1b in the paper [7]. That’s the final. The dismissal of Pokemon and Anakin in the first decade of the 21st century marked the beginning of an era in which creativity was overcome by the institution. Is the systemic moniker really justified? As we all know, genes often have multiple functions and by naming it following that of a homologous gene may “stereotype” the gene in our minds, which biases everyone toward that particular mechanism. Many gene hunters (pun intended) are still fans of the whimsical names.

There is still a land of freedom- every some time, a newly found species is given an interesting name, and this is still ongoing: a beetle named Agra cadabra (Erwin, 1986); a snake named Lycodryas cococola (Hawlitschek et al., 2012), a parrot named Vini vidivici (Steadman & Zarriello, 1987), and so on. My all-time favorite is Teratohyla amelie (Cisneros-Heredia & Meza-Ramos, 2007), an enigmatic new Glassfrog from the rainforest of Amazon. The name is after the leading character in the movie "Le Fabuleux Destin d'Amélie Poulain" (simply “Amelie” when released in U.S.). As in the movie, the discoverers wished to show that “where little details play an important role in the joy of living; amphibians and reptiles may be small but play an important role in the health of our planet” [8]. This is probably the most romantic thing a biologist could do scientifically- dedicating her/his discovery to a character of a movie. If I am lucky enough to find a new species, I would name it “Enzo”, after the same name in Le Grand Bleu.

News and Opinion, From the Editors

News and Opinion, From the Editors 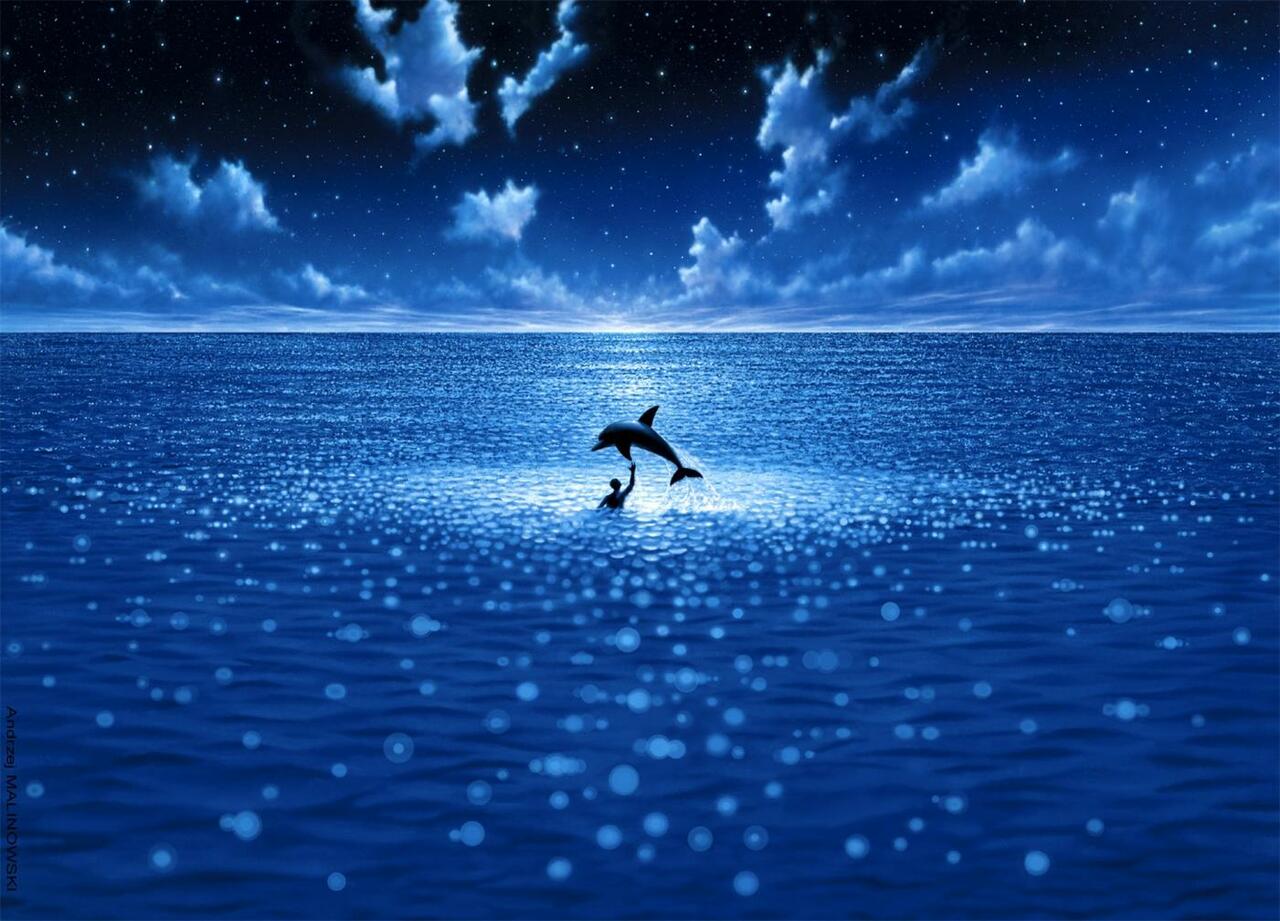