What are subsequent malignant neoplasms (SMNs)? Why study SMNs?

SMNs are new cancers -- not a recurrence or metastasis of the original cancer -- that develop among cancer survivors. Hereditary retinoblastoma survivors have much higher risks for certain types of SMNs, including sarcomas of the soft tissue and bone as well as melanoma, compared with risks observed in the general population and among survivors of nonhereditary retinoblastoma1. This increased risk is understood to reflect shared genetic susceptibility (the germline mutations in the RB1 gene that cause retinoblastoma can also lead to other cancer types) as well as late effects of treatment, particularly external beam radiotherapy.

Our team and others have long sought to understand whether hereditary retinoblastoma survivors are at increased risk for developing a broader spectrum of malignancies, including epithelial malignancies of the breast, lung, kidney, uterus, bladder, and other sites. One challenge we face is that retinoblastoma is generally diagnosed at very young ages, but since these other cancers occur later in life, it is necessary to follow participants for many decades. Another major challenge is that tumors of different types can occur in the same organ and we don’t always have information on the cell type of the tumor. For example, both epithelial cancers and sarcomas can occur in the uterus. Understanding the full spectrum of SMN risk is needed to develop long-term cancer surveillance strategies1.

The study was established in the 1980s to evaluate the long-term risk of SMNs among retinoblastoma survivors2. It is based on medical record review of patients diagnosed with retinoblastoma from 1919-2006 at medical centers in New York City and Boston, periodic follow-up questionnaires, and linkage with the National Death Index.

Key research questions and findings of the present study

We evaluated risks for subsequent epithelial tumors and quantified risk for developing more than one SMN - this is also important for developing surveillance strategies, but there are few data quantifying these risks.

Historically, we included cases identified through both incident (medical record and patient report with confirmation from pathology reports) and mortality records.  However, mortality records often lack histologic information, which means we cannot distinguish sarcomas from epithelial tumors. Thus, we took a different approach this time for our primary analyses and focused on incident cases.

Our results confirm a substantial long-term burden of SMNs following hereditary retinoblastoma. We estimate that 33% of hereditary survivors developed at least one additional malignancy within 50 years following retinoblastoma and 6% developed two or more, with much of the risk driven by sarcoma and melanoma. In terms of epithelial cancers, we found that hereditary retinoblastoma survivors had higher risks for incident SMNs of the central nervous system, nasal cavity, oral cavity, and breast, compared with the general population. However, we didn’t find any increase for epithelial malignancies of the kidney, bladder, uterus, pancreas, or lung. In the nonhereditary group, we did not observe any increase risk for subsequent malignancies.

Next steps and future directions

We look forward to participating in consortial efforts to better understand site-specific risks and risks associated with treatments for retinoblastoma. We are also excited to move forward with genomic analyses within a subset of our cohort for whom we have biological samples. 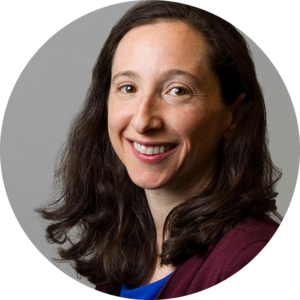