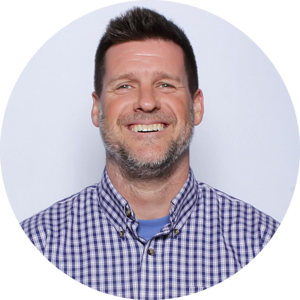 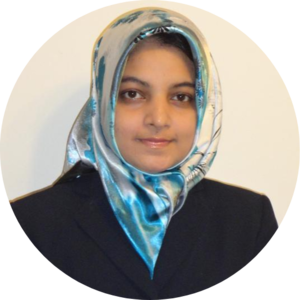 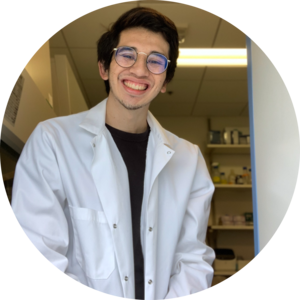 THE CANCER MICROENVIRONMENT AND TARGETED THERAPIES Since resistance to targeted anticancer therapy is associated with disease progession and patient mortality, identifying molecular and cellular mechanisms that can be leveraged to overcome this resistance may improve patient outcomes. In this regard, the mechanisms by which different cell types within the tumor microenvironment communicate with one another and contribute to disease progression need to be further defined.

IDENTIFICATION AND CHARACTERIZATION OF PEAK1 As a postdoc with Richard Klemke at UCSD, Jonathan Kelber (Professor of Biology at California State University Northridge, CSUN), contributed to the identification of the pseudokinase PEAK1 (aka, SGK269) and reported its function in pancreatic cancer metastasis and therapy resistance. As a result, PEAK1 became a early molecular interest in the Kelber Laboratory at CSUN (The Developmental Oncogene Laboratory).

In 2014, former (and first) Kelber Lab graduate student, Megan Agajanian, made the important observation that PEAK1 was expressed in fibroblast cell types. This made sense based upon what the Klemke Lab had initially reported about PEAK1 binding to F-actin and what has more recently been reported about PEAK1 being a core component of integrin adhesion complexes. However, Megan was focused on other exciting discoveries - PEAK1 mediates metastasis in breast cancer cells exposed to TGFbeta and fibronectin. So, these fibroblast data were placed on the back burner, Megan finished her M.S. thesis research and she went onto be an exceptionally successful doctoral student with Ben Major at UNC Chapel Hill.

WHAT DOES PEAK1 DO IN CACNCER-ASSOCIATED NON-CANCER CELL TYPES? Just over a year later, Sarkis Hamalian joined the Kelber Lab as a M.S. graduate student and followed up on Megan's initial findings, making the important observation that PEAK1 was upregulated together with SNAI2 in fibroblastic stromal tissue of HER2-positive breast cancer, and that both were associated with poor patient outcomes in tumors enriched for mesenchymal stem cell (MSC) content. Sarkis also discovered, in collaboration with Julia Tchou's Laboratory at UPenn, that patient-derived cancer associated fibroblasts (CAFs) expressed both PEAK1 and SNAI2. Former Kelber Lab graduate student, Francesca Sanchez, and undergraduate student, Joshua Gamez, confirmed these findings by staining patient tissue samples from which these CAFs had originally been derived. Next, Sarkis silenced PEAK1 in MSCs and was able to demonstrate that PEAK1 was necessary for MSC-driven tumor growth and lapatinib resistance in vitro and in vivo.

In 2017, Jonathan spent three months as a Visiting Professor at the Harvard Ludwig Center with Joan Brugge. This special opportunity helped forge a collaboration with, then Brugge Lab postdoctoral fellow, Ioannis Zervantonakis in an effort to establish in vitro methods (see movies below) for evaluating the effects of stromal fibroblasts on neighboring breast cancer cell responses to targeted anticancer therapies. This training was made possible by the National Institutes of Health (NIH)-funded Innovative Programs to Enhance Research Training (iPERT) grant to the American Society for Cell Biology (ASCB) Minority Affairs Committee (MAC). Notably, when the PEAK1-positive MSCs are present the co-cultured breast cancer cells do not exhibit a cytotoxic (red dye uptake) response to lapatinib.

At the same time, former Kelber Lab postdoctoral fellow, Robert Güth and undergraduate, Tuan Nguyen, implemented a method known as cyclic immunofluorescence (CycIF) to study how the breast cancer cell states within these co-cultures change during the course of lapatinib treatement. Using this co-culture method in combination with Sarkis' shRNA derivative MSC lines, Robert and Tuan identified three cell populations enriched for antiapoptotic and cell stress response signaling that emerged during the course of treatment when PEAK1-positive MSCs were present.

Sarkis further demonstrated that the conditioned media from these PEAK1-positive MSCs could drive targeted therapy resistance in HER2-positive breast cancer cells. Using an antibody array for over 300 membrane bound and secreted factors, he identified six soluble MSC factors that changed expression levels following PEAK1 knockdown. By analyzing the clinical relevance of these six factors, INHBA/activinA was found to be the top candidate whose stromal

SERENDIPITY Connecting PEAK1 and activinA was particularly exciting for the Kelber Lab since Jonathan had completed his doctoral studies with the late Wylie Vale at UCSD and the Salk Institute for Biological Studies, and Wylie's group first identified activinA in the 1980s as a protein hormone that plays an autocrine/paracrine role in regulating pituitary FSH release.

CONNECTING THE DOTS Finally, during the 2019/2020 academic year, Jonathan had the privilege to work in the laboratory of Martin Humphries at the University of Manchester Wellcome Centre for Cell Matrix Research during his Fulbright-CRUK sponsored sabbatical. Humphries Lab postdoctoral fellow Jonathan Humphries (now on faculty at Manchester Metropolitan University, MMU) and Jonathan used Ingenuity Pathway Analysis (IPA) to retrieve meaningful disease and signaling pathway enrichments for the list of genes comprised of factors in this previously unrecognized MSC to tumor cell signaling axis.