Our recent work published in Communications Biology reveals the mammary gland reorganization in lifetime and its link to breast carcinogenesis. The mammary cell atlas resolved at single cell level would provide the research community with a foundation reference to build new data in.

+2
Kohei Saeki and 2 others View all
Postdoctoral fellow, City of Hope
Follow 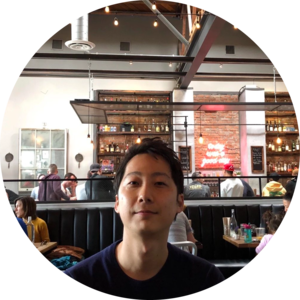 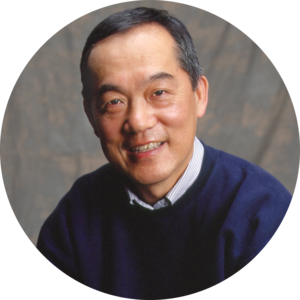 Professor and Chair, City of Hope

During selective periods in a woman’s life, the mammary gland heightens its sensitivity to sex hormones and external stimuli, simultaneously increasing the risk for breast cancer. These windows of susceptibilities coincide with the major events during which the gland undergoes complex epithelial remodeling, including embryonic, pubertal, pregnancy, and menopausal periods1. As a member of Breast Cancer and the Environmental Research Program, our group’s primary focus was to study how polybrominated diphenyl ethers (PBDEs) affects the mammary gland organization during menopausal transition in the context of breast cancer risk. PBDEs are a group of substances which were once used widely as fire retardants but were eventually banned in the 2000s due to their potential endocrine disrupting properties and long-term persistence in the environment.

After initial characterization of the PBDE-exposed mammary gland and breast cancer2,3, our lab set out mind to tackle a more complicated and often encountered question: how do PBDEs affect the mammary gland under the influence of the combined hormone replacement therapy (HRT) of estrogen plus progesterone? We learned from the Women’s Health Initiative study that a combined HRT after menopause significantly increases breast cancer risk in elderly women. However, we did not know if environmental hormone mimics (i.e. daily exposure to endocrine disruptors from our surroundings) would add another dimension to breast carcinogenesis in this period. To this end, we carefully designed an animal study, in which we kept mice in endocrine disruptor-free environments for about six months after ovariectomy, and then treated them with a combination of PBDEs and hormones. We performed single cell RNA sequencing (scRNAseq), an approach providing the capability to study subtle changes associated with the tissue microenvironment and cellular heterogeneity, as well as potential cell-to-cell crosstalk mechanisms, at early point of exposure4.

In 2018, scRNAseq technology was still new to Shiuan Chen’s group at City of Hope; however, with an initial cursory survey of our data, we could see that PBDEs and hormonal treatment clearly changed the composition of the epithelial compartment of the mouse mammary gland, which was an encouraging finding. Our first approach to this data was to subject it to a “standard analytical pipeline” similar to what our group had previously done before3, generating unique clusters and attempting to identify each cluster. Although the analysis succeeded to computationally output impressive and interesting plots, the biological significance of our data was still unclear.

We then recognized that the algorithm tried to build “a trajectory” using what we inputted. Of course, the algorithm itself did (and does) not perform a PubMed search for known information when arranging cells on the pseudotime. Therefore, if we wanted to locate our cells (or barcodes in scRNAseq) precisely in their developmental trajectory, we needed an entire repertoire of the mammary epithelium to map cells on. Fortunately, we were able to identify several pioneering scRNAseq studies which together covered lifetime events in the mouse mammary gland. A logical step was to integrate these datasets, but to even embark on this path would require a deep-dive into bioinformatics. We, Kohei Saeki (a research fellow then) and Gregory Chang (a research associate), decided to work together to overcome this challenge. Although we both did not major in data science, we at least had a basic knowledge of R. So, we discussed, shared websites/papers/(spaghetti) codes, and debugged together in an unexplored and unknown universe (for us) with baby steps. Kohei even resorted to taking an introductory python course when it was needed to implement some parts of this project that could only be done in python.

While there were a lot of detours in our project, the countless hours and extraordinary effort from many lab members (along with those ten dollars that the python online course cost) finally paid off. The integrated UMAP plot and trajectory made perfect sense to us and we were finally able to map our cells on the developmental fate of the mouse mammary gland. We could also identify and analyze unipotent progenitor cells, which had not yet reported. Dr. Chen suggested that we might be able to reflect what we learned from the trajectory on breast cancer data in the real world and vice versa, further adding to the importance of our work. Consequently, the atlas and our findings would be a great resource to other pioneers in the field. People can explore the expression of a gene of interest in a cell type of interest during a developmental stage of interest. Although the analytical method is still in its infancy and the datasets available for our integration were limited, we see a surge of scRNAseq data of the mammary gland and breast cancer from other groups5, which will further shape the atlas and suggested trajectories to be more accurate in the future.

One day in 2018, we sat around a table, discussing about if we could simply overlay cell cycle scores on a tSNE plot. Now, fast forward three years later, we have integrated data of 50K cells with TCGA breast cancer data. This leap in our discoveries would not have been possible without the hard work, discussions, and camaraderie from all our lab members. We hope that other researchers will enjoy reading our paper6 (https://doi.org/10.1038/s42003-021-02201-2) and exploring the atlas (and a pile of codes) we have built. We’re excited to see people venture into our findings, and who knows, maybe even discover something else entirely new.