MIR139 is a commonly silenced and found as a tumor suppressor in AML. In this study, we unraveled the molecular mechanism of tumor suppressor MIR139 silencing downstream of MLL-AF9 and polycomb-repressor complex 2 (PRC2) in AML. 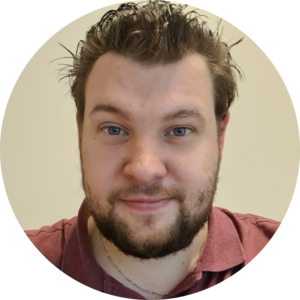 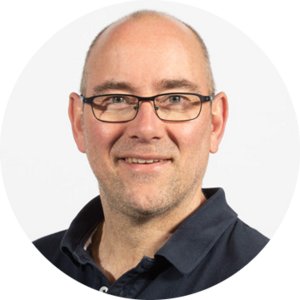 MicroRNAs (miRNAs) are small non-coding RNAs of 19-22 nt in length and are key regulators of the expression of target mRNAs involved in critical pathways, including cellular stress responses, normal developmental pathways and prevention of oncogenesis. We have recently published evidence that MIR139, a highly conserved miRNA, is induced and causes apoptosis when DNA damage accumulates in hematopoietic stem and progenitor cells (HSPC)1. Notably, miR-139 has diagnostic, prognostic, and therapeutic value for AML and other types of cancer 2. Mounting evidence show that MIR139 expression is significantly downregulated in various cancers 2-4, including human AML cell lines and clinical AML samples 1, 2, 5, 6, which is suggestive for an aberrant MIR139-silencing mechanism. However, the molecular mechanism of miR-139 silencing remained largely unknown. In our manuscript in Leukemia, we describe evidence for a novel transcriptional silencing mechanism downstream of MLL-AF9 and PRC2 that target MIR139 in AML.

We showed that Mir139 is a target of MLL-AF9 oncogene in HSPCs and that miR-139 downregulation is a selective event in MLL-AF9 driven leukemogenesis. We found that genomic deletion of Mir139 enhanced colony-forming capacity (more colonies) and proliferation (larger colonies) of MLL-AF9 cells. We observed a 60-80% reduction of miR-139-3p and 60-85% reduction of miR-139-5p expression in MLL-AF9 cells, suggesting that MLL-AF9 represses Mir139 expression. In contrast, Pde2a expression in MLL-AF9 remained unchanged, indicating that Pde2a and miR-139 are not co-regulated. Forced expression of miR-139 in MLL-AF9 cells induced loss of colony-forming capacity and apoptosis and inhibited AML in mice. We identified 3 target genes of MIR139, that could at least in part phenocopy miR-139 expression when depleted in MLL-AF9 cells. These targets are Eif4g2, tyrosine phosphatase Ptprt and Hpgd, an enzyme that converts Prostaglandin-E2 into 15-keto-Prostaglandin-E2. These miR-139 targets may be of interest for AML treatment development. Together, we present evidence that MLL-AF9-mediated Mir139-silencing is a critical event for leukemogenesis.

Next, we unraveled the transcriptional silencing mechanism of MIR139 downstream of MLL-AF9. We established that two enhancer regions upstream of MIR139 regulate the expression of MIR139 in normal HSPCs. These enhancers serve as PRC2 interaction sites that mediate the silencing of MIR139, but not the Pde2a host gene, in MLL-AF9 cells. Our data show that this silencing mechanism is essential for the survival and outgrowth of AML cells. PRC2 is a complex that consists of EED, DNA binding protein SUZ12 and histone binding protein RBBP4 and either Enhancer of Zeste protein EZH1 or EZH2. The main function of this complex is to trimethylate the lysine-27 residue on Histone H3 to switch active genes to the silenced state. Unknown activities mediated by PRC2 that induce gene silencing, other than simply blocking accessibility of chromatin, cannot be ruled out. Therefore, we sought to identify molecules involved in transcriptional repression of MIR139 by performing a genome-wide CRISPR-Cas9 sgRNA screen.

We found that the MIR139 gene is silenced by POLR2M. It is well-established that POLR2M binds to RNA Polymerase II and causes paused transcription. We found that POLR2M silences the transcription of MIR139 in MLL-AF9 AML downstream of MLL-AF9 and PRC2. This factor binds to both enhancer regions and the transcriptional start site of MIR139. Upon treatment of MLL-AF9 cells with UNC1999, an inhibitors that target EZH1 and EZH2, we found that POLR2M binding is abrogated at both enhancers resulting in activation of MIR139 transcription, enhanced miR-139 and apoptosis. We hypothesized that the transcription occurs at the enhancers, a mechanism which was previously described for miRNAs 7. However, we found that transcripts mainly originated from the MIR139 transcriptional start site downstream of the enhancers. POLR2M-mediated MIR139 silencing was confirmed in other AML cell lines with different oncogenic driver mutations, indicating that this oncogenic mechanism is a more common event in AML. PRC2-mediated silencing of MIR139 is not exclusive for AML 8. Therefore, POLR2M-mediated silencing of MIR139  may be an oncogenic  driver event in other types of cancer, which is currently under investigation. Together, our findings highlight the importance of POLR2M-mediated paused transcription of MIR139 in MLL-AF9 AML, a mechanism that may be interesting as a target for treatment development.