We found that the most common polymorphism known to affect the MET gene (Asn375Ser [N375S]) increases the aggressiveness of squamous cell carcinoma of the lung, head and neck, and is unexpectedly amenable to HER2 blockers but resistant to c-Met inhibitors. 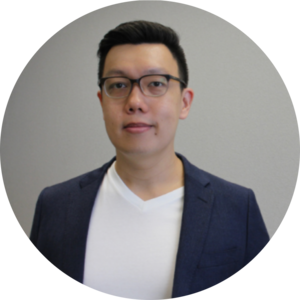 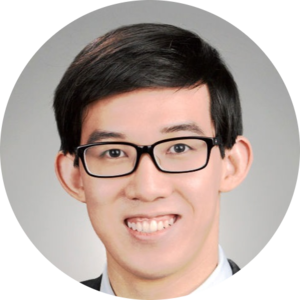 Four years ago, during an exercise to identify inherited germline polymorphisms associated with recurrence-free survival in cancer patients, we detected a recurrent asparagine-to-serine substitution at position 375 of the ligand-binding Sema domain (N375S) of the MET gene which exhibited potential utility as a prognostic biomarker in patients with head and neck (HNSCC) and lung (LUSC) cancer. A search of the literature found that despite being known to be the most common polymorphism in the MET oncogene with an extremely skewed ethnogeographical distribution (it is far more common in Asians compared to Caucasians or Africans), it had otherwise been poorly characterized, with just a few studies published showing that it was not a cancer-predisposing polymorphism.

Despite this unpromising head start, we persisted out of scientific curiosity since little was known of its role — if any — in tumorigenesis as well as cancer growth and phenotype. Comparing the prevalence of the N375S germline polymorphism in cancer-afflicted individuals versus healthy controls, we did not detect any enrichment for this polymorphism in several cancer cohorts, which corroborated previous studies that showed N375S does not play a role in tumori-genesis (i.e., increased risk of cancer). This was another setback — as the current set of findings continued to portray the N375S polymorphism as an ‘uninteresting’ genetic variant. We started to wonder if its ability to prognosticate recurrence-free survival was just a statistical artefact?

Nevertheless, we embarked on our last attempt to characterize this polymorphism despite having little to go on. We first established isogenic cell lines expressing either the wild-type or N375S-mutated MET oncogene in cell lines of HNSCC and LUSC, two potential target cancer subtypes. We found that clones expressing METN375S were far more motile, and formed larger and more colonies in an anchorage-independent manner – an encouraging observation, finally! Further in vivo experiments with mice xenografts confirmed that tumors expressing METN375Sgrew faster, and formed significantly more large “cannonball” metastases compared to tumors expressing wild-type MET. Collectively, these in vitro and in vivo findings are representative of aggressive tumor behaviour, which explains why cancer patients who harbor this polymorphism had shorter recurrence-free survival.

We now had something to go on, but then the question emerged: What is the mechanism underpinning the aggressive phenotype of tumors that express METN375S? Answering this research question kept us (very) busy for the better part of the next three years, and proved to necessitate collaborations with labs that had a range of expertise. An abridged summary of events goes like this: through proteomics and in silico structural simulations, we discovered that this single-nucleotide polymorphism does not actually lead to a direct gain-of-function in the c-Met receptor, but instead, it confers exquisite binding affinity of the c-Met monomer to a different oncogenic tyrosine receptor kinase—the human epidermal growth factor-2 (HER2). In other words, instead of normally pairing up to form a c-Met homodimer, each c-MetN375S monomer now hetero-dimerizes with a HER2 monomer to form a METN375S/HER2 heterodimer. Further experiments were done which showed that the resultant METN375S/HER2 heterodimer was able to transduces potent proliferative, pro-invasive and pro-metastatic cues through the HER2 signaling axis to drive aggressive tumor biology.

We were finally getting somewhere, but since our lab (Experimental Therapeutics Program & Investigational Medicine Unit) focuses on the development of new drugs and early-phase clinical trials, we were also curious to know: What are the therapeutic implications of the METN375S variant?

The c-Met receptor has — in recent years — become established as a valid drug target, and this has galvanized interest by industry players and academic labs to develop targeted therapies against MET-mutant cancers. However, clinical trials have found that many patients with MET-mutant malignancies do not actually respond to these c-Met inhibitors (i.e., ‘upfront resistance’). So we proceeded to test the efficacy of c-Met inhibitors (cabozantinib, tepotinib, tivantinib, and crizotinib) in cancer cells and xenograft models expressing METN375S. Surprisingly, these drugs did little to repress the proliferation of METN375S-expressing cancer cells, suggesting that the N375S polymorphism is a ‘non-responder’ to c-Met inhibitors.

If c-Met inhibitors are ineffective for treating cancers that express METN375S, we wondered what options are best for these patients Given that we discovered METN375S/HER2 heterodimer co-opts the HER2 signalling axis to drive aggressive tumor biology, we intuitively proceeded to test whether HER2 inhibitors could be effective. Indeed, the commercially-available HER2 blockers (afatinib, lapatinib, and trastuzumab), which have been FDA-approved with a known tolerable safety profile, were highly effective at restraining tumor growth in vitro and in vivo. Among the three HER2 blockers, trastuzumab was found to inhibit tumor growth more potently — protein structural analyses and co-immunoprecipitation assays suggest that this could be because subdomain IV of the HER2 receptor is critical for the HER2/METN375S interaction, and trastuzumab happens to complex with subdomain IV of the HER2 receptor.

It is extremely rewarding to know that currently available HER2 blockers can be repurposed to treat a major subset of LUSC and HNSCC patients (i.e., those whose tumors harbor a METN375S variant — which is the most common polymorphism known to occur in the MET gene). From the perspective of clinical drug development, this means that clinical translation can materialize much faster and shortened by several years, since we can skip the laborious and often futile process of new drug discovery as well as having to establish their safety profile in ‘first-in-human’ phase I trials. Moving on from here, we are initiating a biomarker-driven clinical trial at the National University Cancer Institute, Singapore, to evaluate the efficacy of HER2 inhibitors in METN375S-positive LUSC and HNSCC patients.

In this study, we identified an inherited genetic polymorphism that does not increase a person’s risk of developing cancer, but causes cancers (specifically, squamous cell carcinomas) to become more aggressive only after they have established in a host. Stated differently, the phenotypic effects of this unique MET polymorphism are only manifested in patients with existing cancers where it increases their aggressiveness, but it does not play any role in tumorigenesis. This is quite a unexpected discovery, if you consider how most cancer-related polymorphisms are usually involved in both tumorigenesis (i.e., cancer development) as well as regulating the behaviour of established cancers.

Another significant conceptual advancement that our study promulgates is the importance of inheritedgermline polymorphisms in directing cancer therapeutics, because the majority of studies typically focus on harnessing somatic mutations to select cancer therapy. Only a handful of germline polymorphisms have proven useful for directing cancer therapeutics — one good example would be the use of PARP inhibitors in breast and ovarian cancer patients who inherited faulty copies of the BRCA1 or BRCA2 gene. Hence, our study adds to the growing list of inherited DNA polymorphisms that play a role in personalized cancer medicine.

Finally, in the paradigm of personalized oncology, a prevailing notion is that if we find a new cancer-driving mutation in an oncogenic receptor tyrosine kinase (RTK), we can proceed to develop “targeted” therapies that are “targeted” against the very receptor which is mutated. For example, cancers harbouring EGFR or BRAF mutations are treated with EGFR- and BRAF-blocking targeted therapies respectively. Likewise, there are efforts in the pharmaceutical industry to develop MET-blocking targeted therapies to treat MET-mutant cancers, and some several c-Met inhibitors have already been approved for clinical use. However, in this study, we found an exception to this rule —that HER2 blockers, but not c-MET inhibitors, are paradoxically effective at restraining in vivo and in vitro models expressing METN375S. Hence, we believe this discovery will encourage the cancer research community and the pharmaceutical industry to re-examine long-held beliefs and re-evaluate our approach to drug development for cancer patients.